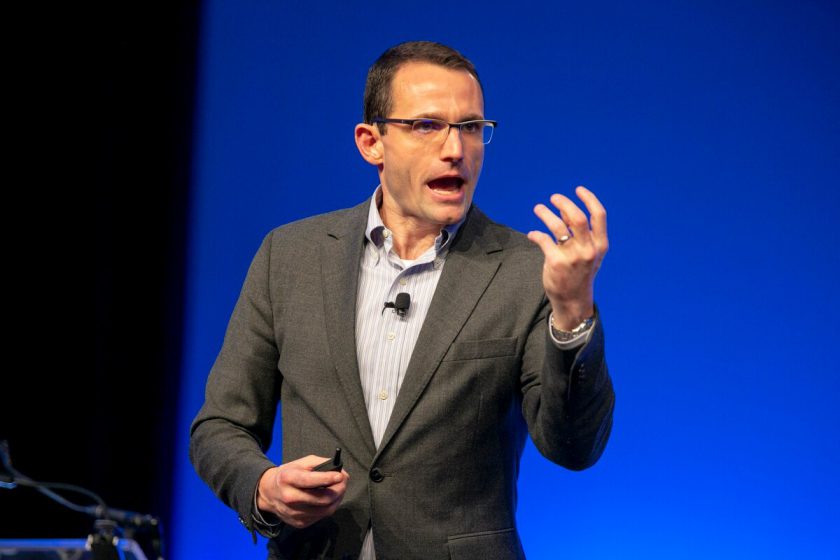 Dozens of space companies descended on San Francisco, California Nov. 5 for a unique opportunity: the chance to walk away with a same day contract with the Air Force.

Opportunities like that don’t happen every day for smaller businesses and start-ups, but at the first Air Force Space Pitch Days, 30 companies presented ideas to Air Force acquisition leaders who were authorized to hand out contracts on the spot.

At the end of the first day, the Air Force had issued $9 million in contracts to 12 companies, with more companies slated to pitch their ideas on day two.

While the “Shark Tank”-inspired event may seem like a gimmick, it’s part of an effort by the Air Force to engage with businesses that don’t have the resources or know-how to compete with large, established defense contractors for military projects, but may have innovative solutions that the military needs.

“This is part of a broader vision we have to return Air Force to its innovation roots,” said Will Roper, the Air Force’s assistant secretary for acquisition, technology and logistics during a Nov. 6 media availability. “We want to be where innovation is happening. We want to partner with commercial companies that have aspirations to make the world a better place with their technologies, but make it clear that there is a way to work with the Air Force to achieve that objective … Innovation is going to be its own competitive domain, almost a battlefield. And we’ve got to win the innovation battle.”

Not every company that presents at pitch days will succeed, but through events like this Roper hopes to give smaller businesses a chance and hopefully discover what he calls defense unicorns, non-traditional companies that have innovative solutions but lack the resources to bring them to market and connect to military customers.

“How do we do that, where we can start making defense unicorns?” said Roper. “That must happen if we’re going to compete against countries like China long term. If the unicorns in defense are only started by billionaires, then we’ll ultimately lose. We need companies that have ambitions without that huge billionaire backing up front to find a way to stardom through us.”

With pitch days, the Air Force is using Small Business Innovative Research awards to reach these companies early in the design process and then foster them through to production in three phases.

“By the time we get to Space Pitch Day next year, we should have the three-fold approach continually in cycle. Phase 1, get you in the door, very small contract, help you understand your Air Force customer, get you mentored to come to a pitch event like this. Phase 2 you’re pitching to the customer and the war fighter, show your product actually has a match to our mission, get you on a bigger contract where you can prototype, develop and test. Then Phase 3, you’re productizing. Your getting your product ready to sell to us, ready to use by us, and hopefully that’s on a path to selling to the world,” said Roper.

“What I expect will happen in an ad hoc way is that a lot of our investment in these companies will be matched by private investors,” he added.

The Air Force first introduced the pitch day concept at an event in March, where they doled out $8.75 million between 51 companies. Since then the Air Force has held several other events, with individual days devoted to fields such as hypersonic weapons or intelligence, surveillance and reconnaissance systems.

“Whether it’s data analytics or some sort of software sensing methodology; whether its hardware, advanced rocket designs or better rocket fuel; whether its small sats or new ground sensors–those kind of innovations are the things that we are entertaining this week and will continue to entertain,” said Lt. Gen. John ‘JT’ Thompson, commander of the Air Force’s Space and Missile Systems Center. “Maybe not all of them, but many of them could become game changers in our efforts to maintain the United States Air Force’s superiority in space.”