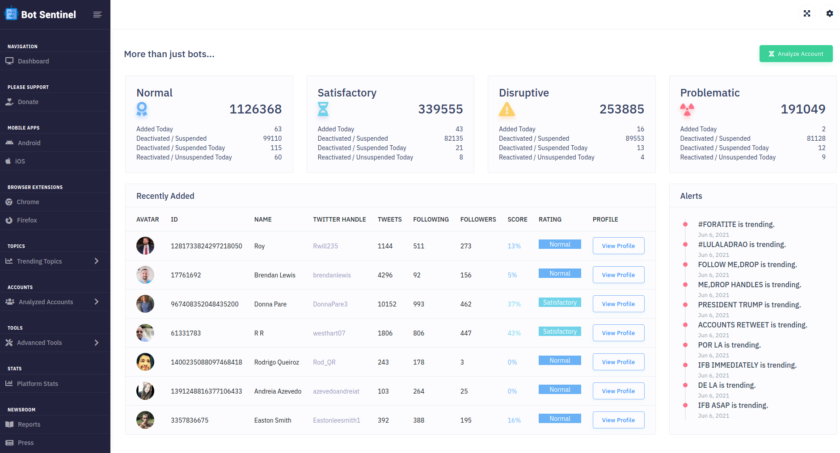 Bot Sentinel is a free non-partisan platform developed to classify and track inauthentic accounts and toxic trolls. The platform uses machine learning and artificial intelligence to classify Twitter accounts, and then adds the accounts to a publicly available database that anyone can browse.

Accounts are rated based on a scoring system from 0% to 100%, the higher the score the more likely the account is engaging in nefarious activities. Bot Sentinel analyzes several hundred tweets per account, and the more someone engages in behavior that is violating Twitter rules, the higher their Bot Sentinel rating is.

The name Bot Sentinel means autonomous guard. In other words, it uses a good “bot” to help identify and guard against inauthentic accounts and toxic trolls.