Follow my posts by joining my 13,800+ Followers on Linked In 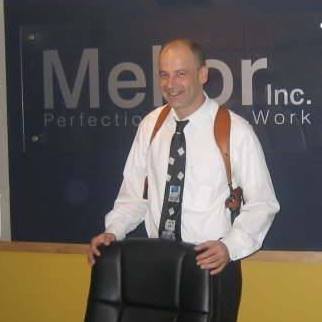 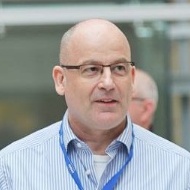 He spent most of his professional career so far around Internet-centric start-ups, from being the first ISP in his hometown, founding his own start-up in Germany in the early days of the Internet, then moving to the US and Silicon Valley in 1994 for the disruptive Internet revolution, where he helped build several startup companies. Thomas also consulted and managed in Fortune 50 companies for the different working experience in those environments.

Among those, he built the global infrastructure for the first animation of the Internet (ShockWave/Flash), deployed the first content mirror sites for Macromedia in London and Tokyo, built the first SuperPOP (free carrier choice) data center in the heart of Silicon Valley (Globix), built the infrastructure for the first FinTech multi-bank money transfer system in the US through a web-based service (CashEdge), the first global bartering site with virtual cryptocurrency (Bartertrust), and developed the first working, signature-free defense against distributed Denial-of-Service (dDoS) attacks (Melior Inc CyberWarfare).

Building on the CyberWarfare success, he invented and built AI-based ThreadStream Logic Gate Computing, enabling ExoWarfare technology (ExoWarfare); early in the evolving Blockchain ledger technology, he designed and built industrial infrastructure and hardware to scale its applications into the mid- and long-term future (Blockchain Industries, MetaBlockchains, Blockchain BGP, Blockwart). Thomas is currently developing uses and algorithms for Quantum Computing in Blockchain (Quantum Blocks), as well as technology for conflict resolution in the 21st century (HyperWarfare, the successor technology of ExoWarfare). He is also writing and filing multiple patents in the Blockchain and Artificial Intelligence fields, and developing executable business models in both areas, to address and benefit from the substantial changes both technologies will bring to the global economy.

His main interest (expertise) is Warfare in the Cognitive Domain, based on the cores of the Internet’s Redundant Infrastructure (BGP4), as well as Cyber Security (C4ISR – a common acronym used by the U.S. Department of Defense, U.S. intelligence agencies, and the defense community, which stands for: Command, Control, Communications, Computers, Intelligence, Surveillance, and Reconnaissance), and based on his various specialties in the following fields:

Thomas (a.k.a. “TJ”) handled and intregrated many companies through mergers and acquisitions to facilitate rapid growth (from well-funded startups such as Bartertrust buying every US-national barter company, as well as two Canadian and an Australian company — to as big as linking Bank of America and Nationsbank during their merger).

Thomas believes in mentoring and training young talent, has consulted many individuals and start-ups, and facilitated internships for members of his student fraternity KDStV Sauerlandia (Münster) and other educational institutions.

Contributing to Open Source efforts remains a passion for Thomas, such as the Linux Foundation, Hyperledger, and the Crypto Valley Association in Switzerland; as well as lending technical and strategic support to Law Enforcement for the prosecution of Cyber Crime in and across various jurisdictions (member of the US Secret Service Electronic Crimes Task Force Network, and FBI Infraguard, both 2002-2012; Operation WebSnare; NSA SPOCK Program; etc).

Thomas is one of the few people to ever personally own a Cray Super Computer, and loves to create new technologies and businesses.

See below the list of “Firsts” since 1987 accomplished by Thomas.

I have envisioned / built / scaled / managed / participated in many technical “firsts”:

My latest News Archive Posts:
– New Morphing Computer Chip Repels Hundreds of Professional DARPA Hackers
– The Fall of The One Trick Ponies? Google & Facebook
– DEEPDUB — Break-Through in Audio Synchronization
Very Popular:
– Wonder how SpaceX’s StarLink can achieve record low latency?
– What is China’s SKYNET Yes: it is what you think it is.

“If you think it’s expensive to hire a professional to do the job, wait until you hire an amateur.“