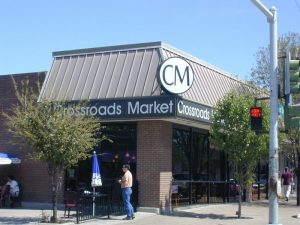 In 2002, I set up the first FREE PUBLIC wireless (WiFi) network in Dallas at the Crossroads Market & Bookstore on Cedar Springs Road, and continued this free service offering through July 2003 (free to the store as well as the users).

At the time, for-pay WiFi access was just emerging (such as T-Mobile setting up their first access points in early 2003).

In Spring 2003, “Wired” Magazine did a nationwide survey on the availability of public WiFi spots (for pay or free) and listed Dallas as the 7th of the top 10 “un-wired” cities in the US – naming the Crossroads Market free WiFi access as the reference.

The setup at the Crossroads Market included:

With an ownership change of the Crossroads cafe and bookstore, the service offering changed to a for-pay system; neighboring businesses (such as the “Buli” Cafe in a 50-yard distance) continued to offer their WiFi service at no cost to their customers – today, many years later, this is a globally established standard. I just did it for the first time :)