Built the 1st carrier-neutral SuperPOP datacenter in the heart of Silicon Valley for $20m. 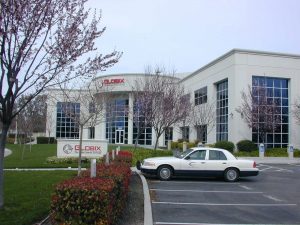 Globix’s main focus:
Being the largest ISP in the state of New York, the company started a spin-off in California to built the first pick-your-carrier “Super-POP” datacenter of its kind – in the heart of Silicon Valley across the Great America Amusement Park, to use this show-case data center for investors to raise the funds to build at least 20 more of these around the globe.

My role:
The mission was to build this datacenter from the concrete slab up, hire all staff, and finish it to a fully operating, turn-key solution as quickly as possible – “money is no object”. And perform all investor tours personally. I built Globix’s first state-of the-art Super-POP data center on 2807 Mission College Blvd in Santa Clara, and administrated the $20,000,000 budget, oversaw the construction process and internal (technical) build-out.

Two videos of current owner QTS are below.

In hindsight, I should have taken more pictures; at the time, however, I was so busy, and did not think much about documentation. I had just started with digital photography (so much more efficient than the ol’ film), but the available cameras were rather pitiful by today’s (2018) standards: I used a Nikcon Coolpix 100 (pictures at the end of the gallery) with very low resolution. With it, I could at least snap quick pictures: