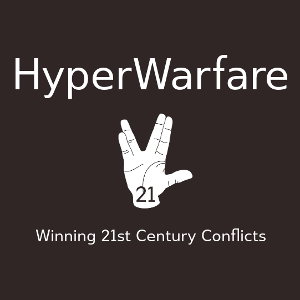 Head of Strategy
and Consultant to Governments & Military

Warfare in the Cognitive Domain is what RLC (the parent company of HyperWarfare Inc) has been doing since 2008, starting with ExoWarfare.

Now taking the pioneering ExoWarfare technology to a new performance level with HyperWarfare, thus allowing much more granular automatic focus; the mission of ExoWarfare (began in 2008): Building a better understanding of the interactions between the “real world” and the “cyber world” we experience with the exploding invasion of technology on life, and the resulting perception of what is “real” and what is “perceived to be real” in the virtual world. Build tools and applications to take advantage of the cross-over between those two realms, from a highly secure infrastructure for the tools applications, to deploying “real” solutions in a variety of applications for the intelligence community, for businesses in different markets, media outlets, and social media engagements; to stress-test how far cyber perceptions can be taken and maintained from existing entities (small and large) with established history and expansive customer base in the real world to the virtual worlds – in a credible fashion.

In 2021, the Norfolk, Virginia, based NATO Innovation Hub defines Warfare in the Cognitive Domain as: “the very essence to seize control of places, groups, units, organizations, and nations, by targeting and affecting the brains of their personnel, civilian as well as military”.

Cognitive Warfare “embodies the idea of combat without fighting. Mastering the cognitive domain constitutes a new major stake indispensable to the generation of combat power.”

According to NATO Innovation in 2021, “The Cognitive Domain is a new space of competition, beyond the land, maritime, air, cybernetic and spatial domains. Warfare in the cognitive domain mobilizes a different and wide range of strategies, tools, and techniques.” … or in other words: ‘the cat is out of the bag’ now. While well described, the NATO Innovation unit sees it still as a ‘work of science fiction’ (disclaimer by August Cole and Hervé Le Guyader).

Not as ‘new’ though: RLC invented both ExoWarfare (targeting defined groups) and HyperWarfare (targeting the individual); thus elevating the ‘bread & butter’ of CyberWarfare to a much higher level (ExoWarfare, since 2008), and then to high-precision HyperWarfare (since 2018). Back in 2008, tools and computing power were still somewhat limited: tools had to be created, and computing power carefully used, allowing only for targeting towards groups – aka ExoWarfare; based on ThreadStream Logic Gate Computing (invented for this purpose, in lieu of available tools in arenas such as Artificial Intelligence and Deep Machine Learning at the time – more than a decade ago). With much advanced tools readily available now, as well as an abundance of computing power with specialized ANI and ASI chips, individual targeting on the very large scale has become possible. The penetration of communication channels via the Internet, social media, ‘smart’ phones, and others, connects nearly every human brain to the net and thus to perceptions.

C6ISR is an acronym used by the U.S. Department of Defense, U.S. intelligence agencies, and the defense community, which stands for Command, Control, Communications, Computers, Cyber-Defense, Combat-Systems, Intelligence, Surveillance, and Reconnaissance.