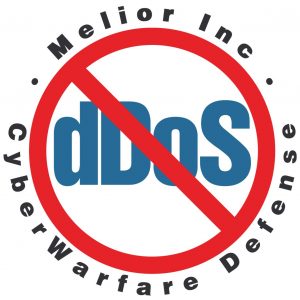 Melior’s main focus:
Developing and selling signature-free Internet and IT CyberWarfare Defense solutions with a particular focus on infrastructure protection: distributed Denial-of-Service attacks in all its flavors, and wired-network / WiFi security.

The company succeeded in many ways:

Weapons Note:
If you wonder about all those gun and training pictures below – we WERE quite successful in defending the global anti-Spam databases with our product throughout 2002 and 2003, when the Russian Mafia (which sent 90% of all that spam) attempted to take them all out with dDoS attacks.

With us succeeding to keep the two main ones up (SpamHaus in London and SORBS in Australia) and thus over 300 million users combined from spam floods, we were costing the Russian Mafia approximately $40 million every month in lost revenue. We (as the computer geeks) did not perceive this really as a problem for us, until the FBI alerted us to take that threat seriously, and we completed the installation of bullet-resistant LEXAN (plastic) office window reinforcements (most were already installed in the loft / compound from a high-crime time in the 1980s), installed the very bright Iridium lights around the compound (turning night to day around the office when the sun was gone), installed high-resolution security cameras in heated casings around the building, installed a high-tech alarm system with alerts to both the alarm company as well as the Dallas Police HQ three blocks away, and invested in a large, heavy-duty safe to store the most valuable prototypes, source code, and such in.

Dallas PD also often parked one of their old cruisers (decoy cars) in front of our office as a deterrent and as a favor to us, conducted a lot of activity around our compound for the same reasons; and agents from all local and federal agencies often stopped by for a coffee and a chat, because it was cool at the time to hang out with us, and also as a deterrent to the ‘bad guys’ (we encouraged it, and invested in a nice coffee machine).

Because of this threat, as the CEO I also had the Level II bullet-resistant vest with trauma plate (up to .45cal) – which cost me $1,400 – and most senior staff carried concealed guns (with Texas CHL permits, of course); we regularly hired a special forces guy for a Saturday afternoon to refresh self-defense training with and without guns for the entire staff, and regularly practiced at the various gun ranges around Dallas.

It surely also helped we had these former Law Enforcement Ford Crown Vic P71 company fleet of cars – which we bought for the (cheap) price and their durability: but they turned out to be a great marketing tool with the dDoS logos on them, and served also as a deterrant against “normal” crime in the office area, as well as business-induced threats.

Luckily, nothing serious ever “happened”; Cruiser #6 was rammed on the street while parked one night, and we experienced an attempted nightly burglary in the compound, which failed due to silent alarm before they could even get inside the building; the intruders were quite forcefully apprehended by Dallas PD – this is what broke the automatic gate (see picture below; you might say motivated Texas cops sure do not mess around, especially if they competed with all these federal agencies for our attention).