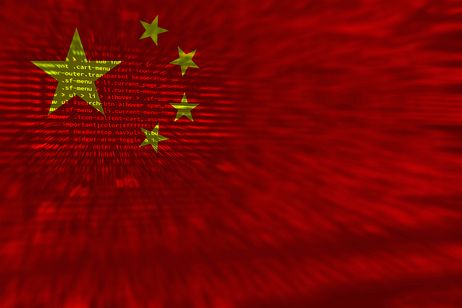 Mike Pompeo’s announcement will hit Chinese internet companies at their most vulnerable spots.

On August 5, U.S. Secretary of State Mike Pompeo made a major announcement regarding U.S. cyberspace. Depicting the Chinese Communist Party as a malign actor that aggressively intrudes on U.S. telecommunications and technology infrastructures, Pompeo said the U.S. government will initiate a “Clean Network Program” to protect citizens’ privacy and sensitive information.

The U.S. government listed five major areas – covering everything from network carriers to mobile applications to internet cables – where companies from the People’s Republic of China will be ostracized.

Those policies are explicitly going after Chinese internet companies. Pompeo mentioned companies such as Huawei, Tencent, Alibaba, and Baidu in the State Department press release. It is one of the latest moves from the U.S. government to counter Chinese influence. President Donald Trump further escalated the issue by signing an executive order banning any transactions with WeChat, TikTok, and their affiliated companies on August 6.

Influenced by the Chinese government, Chinese social media platforms such as WeChat and TikTok have censored content critical of the Chinese regime, even in places outside of China. Those social media applications also played a role in U.S. politics and democratic elections: WeChat was a primary tool that spread rumors and reaffirmed biases in the 2016 election. TikTok users pranked a Trump rally in Tulsa, Oklahoma by falsely boosting attendance expectations by registering for rally tickets.

With less than 90 days to the 2020 U.S. presidential election, policies targeting Chinese mobile applications and telecom companies are driven by a mixture of policy-based and political motives. With 73 percent of U.S. adults having unfavorable views of China, a tougher stance toward China not only tackles the long-time issue of disinformation and censorship, but also helps the Trump campaign score political points in the upcoming election in November.

However, these policy announcements also sparked controversies. Seeing restrictive measures supported by the state apparatus, many believe that those moves from the Trump administration will damage internet freedom. Critics have compared the policies to China’s Great Firewall, which was designed to restrict unauthorized foreign internet companies from developing their businesses in China.

In 2011, the term “Clean Network” first appeared in China. China’s Ministry of Public Safety organized nationwide large-scale actions to crack down on pornography, illegal activities, and “harmful content.” Those actions are designed to tighten government controls over cyberspace, and also act as grounds to censor the Chinese internet. After nine years, the Trump administration is now using the same term for its own purposes.

Yet it is important to recognize that policies from the U.S. State Department are fundamentally different from China’s Great Firewall. The Chinese authorities utilize their technologies to limit access to uncensored information to benefit the Chinese Communist regime. The measures planned by U.S. authorities are rather sanction-style actions against Chinese internet companies on the grounds of trade and national security interests, rather than limiting access to information available on the internet.

The Clean Network program initiated by the U.S. State Department will have very little impact on the freedom of speech. It does not solve any issues associated with speech and hateful messages on the internet. For example, despite getting caught propagating hate speech and misinformation, Facebook will not see any major impacts on its operations in the United States under the new policies.

A closer look at the policy reveals that those measures are calculated moves made by experts with in-depth knowledge of the Chinese internet companies. The planned steps can significantly hurt Chinese internet companies in their overseas operations. Pre-installations and app store downloads are tools to acquire new users for Chinese mobile applications such as TikTok. Without access to these essential sources, Chinese mobile applications will see major hurdles in reaching their respective growth targets and may face financial losses in the long run.

From India’s ban on Chinese mobile applications to Trump’s executive order targeting Chinese internet companies, state actors are playing more active roles in managing their respective cyberspaces. From India to the United States, democratic countries are entering a new era to redefine the concept of cyberspace sovereignty, a term once leveraged and taken hostage by authoritarian regimes to justify their crackdowns on the freedom of expression. Similar to land, water, and airspace, it is very likely we will witness cyberspace integrated as part of a country’s state sovereignty.

Developed as a tool to connect the world with little restrictions, the modern-day internet has deviated from its original goals due to geopolitical confrontation and ideological clashes. As the United States and China continue to clash over trade disputes, intellectual property theft, and ideological differences, the future of the internet may sadly become more divided.