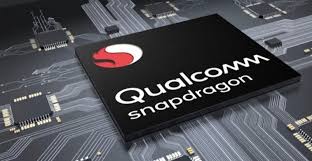 Security researchers have identified hundreds of vulnerabilities that expose devices with Qualcomm Snapdragon chips to attacks.

During a presentation at DEF CON last week, Check Point security researcher Slava Makkaveev revealed how vulnerabilities in the compute digital-signal processor (DSP) – a subsystem that enables the processing of data with low power consumption – could open the door for Android applications to perform malicious attacks.

The proprietary subsystem is licensed for programming to OEMs and a small number of application developers, and the code running on DSP is signed, but the security researchers have identified ways to bypass Qualcomm’s signature and run code on DSP.

Vendors can build software for DSP using the Hexagon SDK, and serious security flaws in the development kit itself have resulted in hundreds of vulnerabilities being introduced in code from Qualcomm and partner vendors.

According to Makkaveev, almost all of the DSP executable libraries that come embedded in Qualcomm-based smartphones are exposed to attacks through the issues identified in the Hexagon SDK.

Check Point has yet to publish technical details on these vulnerabilities, but says that attackers able to exploit them would require no user interaction to exfiltrate large amounts of information, including users’ photos and videos, and GPS and location data, or to spy on users by recording calls or turning on the microphone.

Denial of service attacks are also possible, with the device remaining permanently unresponsive, thus making the information stored on it unavailable. Furthermore, malicious code installed on the device could hide activities entirely and become unremovable.

With Qualcomm’s chips present in approximately 40% of the smartphones out there, including high-end devices from Google, LG, OnePlus, Samsung, Xiaomi, and others, at least 1 billion mobile users are affected by these vulnerabilities.

“Providing technologies that support robust security and privacy is a priority for Qualcomm. Regarding the Qualcomm Compute DSP vulnerability disclosed by Check Point, we worked diligently to validate the issue and make appropriate mitigations available to OEMs. We have no evidence it is currently being exploited. We encourage end users to update their devices as patches become available and to only install applications from trusted locations such as the Google Play Store,” a Qualcomm spokesperson told SecurityWeek.