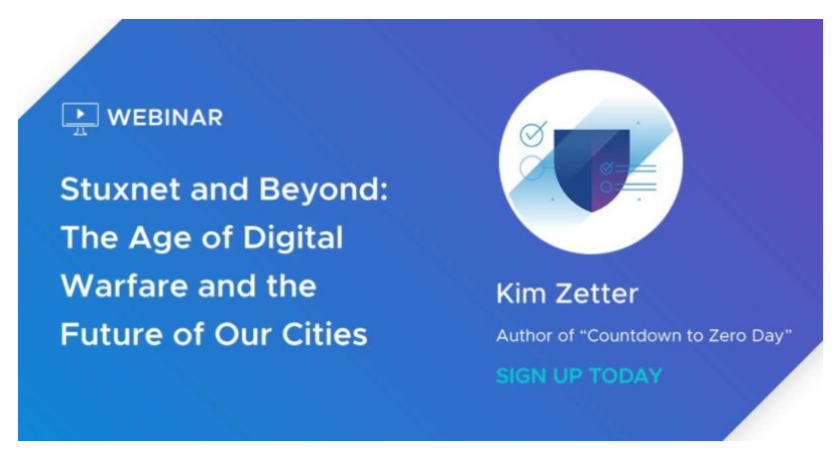 In 2010, the discovery of Stuxnet, the sophisticated virus used by the U.S. and Israel to sabotage Iran’s nuclear program, ushered in a new era of warfare — in the digital realm. It also placed critical infrastructure around the world in the cross hairs by demonstrating how a remote digital attack could be done anonymously and have as much destructive capability as a physical bomb.

Since that discovery, subsequent attacks against critical infrastructure have shown us where this new realm is headed. In tandem, security teams like yours are supporting an increasing amount of distributed endpoints. What does this new age of digital warfare mean for your organization?

In this webinar, award-winning investigative journalist Kim Zetter will discuss:

Stuxnet and Beyond: The Age of Digital Warfare and the Future of Our Cities