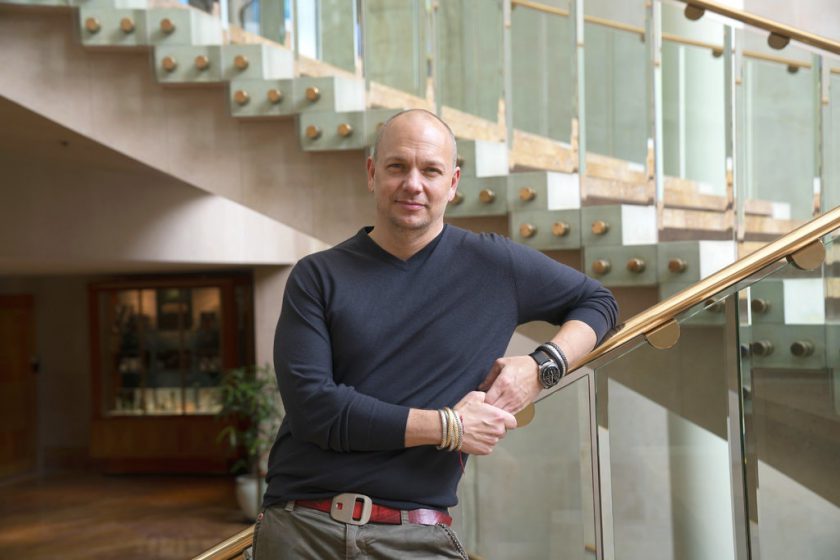 Tony Fadell started Nest in 2010, after leading the engineering team that created the iPod and playing a crucial role in the development of the iPhone. Like many entrepreneurs, he was then over 40.

It took an entrepreneur to reimagine the mundane home thermostat as an object of beauty — and then to make a fortune based on that vision.

The entrepreneur was Tony Fadell, who had that thermostat epiphany after decades in the tech industry, including at companies like Apple. Mr. Fadell embodied his idea in a new company, Nest, which he started with the help of a colleague from Apple in 2010, at age 41.

The Nest thermostat had a sleek and intuitive design, smartphone connectivity and the ability to learn its owner’s temperature-setting habits. The product was a big hit, and within a few years Google acquired Nest for $3.2 billion.

Mr. Fadell’s deep experience and relatively mature age when he started Nest are typical of superstar entrepreneurs, who are rarely fresh out of college — or freshly dropped out of college. That’s what a team of economists discovered when they analyzed high-growth companies in the United States. Their study is being published in the journal American Economic Review: Insights.

The researchers looked at start-ups established between 2007 and 2014 and analyzed the top 0.1 percent — defined as those with the fastest growth in employment and sales. The average age of those companies’ founders was 45.

There are, of course, famous counterexamples. Mark Zuckerberg was 19 when he co-founded Facebook. Bill Gates was 19 when he founded Microsoft with Paul Allen. Steve Jobs was 21 when he founded Apple with Steve Wozniak. The origin stories of those companies and a handful of others helped to shape a myth that tech, and American innovation overall, is fueled by wunderkinds. But fresh-faced founders are the exception, not the rule, according to the study.

The research, by the economists Pierre Azoulay of M.I.T., Ben Jones of Northwestern, J. Daniel Kim of the University of Pennsylvania and Javier Miranda of the United States Census Bureau, provides the first systematic calculation of the ages of the founders of high-growth start-ups in the United States.

Previous studies had documented that owners of small businesses tended to be in their late 30s and 40s. But most small businesses stay fairly small: restaurants, dry cleaners, retail stores and the like. They are important but aren’t central to innovation in the economy.

The new study was able to zero in on high-flying start-ups by bringing together anonymized data collected by different agencies within the federal government. The government matched sales and employment data for start-ups collected by the Census Bureau with information on the founders extracted from Internal Revenue Service filings.

After stripping identifying information, the government provided the researchers with a data set including 2.7 million business founders. The researchers calculated that the founders’ average age was 42. And for the founders of the 0.1 percent fastest-growing firms, the average age was 45. Firms that were successful enough to have an initial public offering or be acquired by a larger company showed the same pattern: Their founders were generally middle-aged.

That isn’t to say that youth has no advantages.

Younger people often have a risk-taking mind-set and that might help them develop game-changing ideas. In addition, raw problem-solving ability — what psychologists call fluid intelligence — seems to peak early. It may already be declining by the time we’re in our 20s.

Still, the findings on age and entrepreneurship echo earlier myth-busting by researchers about scientific breakthroughs. While Albert Einstein did pathbreaking work on special relativity and the photoelectric effect at 26, such early discoveries aren’t typical. A study of Nobel laureates in physics over the 20th century found that those scientists did their prizewinning work at an average age of 37.

In applied science, crystallized intelligence, gained through experience, appears to be even more vital: Nobel-worthy breakthroughs in medicine arrived a bit later, at age 40, on average.

In short, entrepreneurial success isn’t just a function of raw intelligence and a propensity for risk-taking. It depends on a variety of ingredients, many of which appear to improve with age.

He started working in Silicon Valley in the early 1990s, designing products at General Magic and Philips Electronics. In the 2000s he moved to Apple, where he led the engineering team that created the iPod digital music player, and played a crucial role in the development of the early iPhone. In 2010, after amassing all that experience, he founded Nest with Matt Rogers, a young Apple engineer.

In an interview, Mr. Fadell recounted how, after he left Apple, he and his family traveled the world and designed an eco-friendly home for themselves in Lake Tahoe. He said he was dissatisfied with the clunky thermostats offered by his contractor or visible during his travels.

“Thermostats were ugly, outdated, and didn’t help you save money or keep you comfortable,” Mr. Fadell said. He recalls thinking: “There’s something fundamentally wrong here and there’s no product in the market to address it.” So he created a new thermostat and a new company.

Mr. Fadell said he had tried to start successful companies in college and earlier in his career but they failed because he wasn’t ready.

“There were a lot of things I needed to learn to finally be able to nail it,” he said. He learned about product design at General Magic, he said, and about managing teams and financing at Philips Electronics. At Apple, he said, Mr. Jobs showed him how to go beyond designing a product; the key, Mr. Fadell said, was to design the customer’s whole experience, from packaging to messaging.

When he needed to recruit a team for Nest, he said, he was already a Silicon Valley veteran. “I’d been in the Valley for 20 years so I had a huge network of people I’d worked with before,” he said.

His thinking, as an older man, was different, too. In his 20s, he said, he was barely aware of thermostats. “College students know what college students need,” he said. “When you get older, you start to need and understand other things.”

A lot of innovation in business benefits from experience. Youth has its triumphs, but some roads to success are lengthy. They require age and staying power.