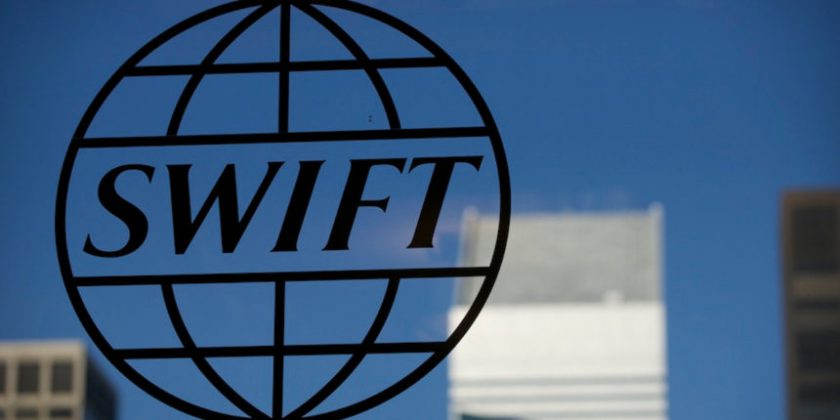 [needless to say: while it bears the names “DLT” and “Blockchain”, it has little to do with either]
The firm said 55 percent of SWIFT cross-border payments are now being made over GPI,
a payments flow worth over $40 trillion

Global interbank messaging giant SWIFT has revealed it will allow blockchain firms to make use of its Global Payments Innovation (GPI) platform for near real-time payments.

Saying that [SWIFT’s] GPI would resolve the “payment challenges” faced by DLT platforms, the firm explained that payments using the system would be initiated within trade workflows and be automatically sent on to the banking system.

Launched in early 2017, GPI was created as a set of business rules encoded on top of the firm’s [SWIFT’s] existing infrastructure as a means to increased speed, transparency and the traceability of transactions.

In the report, the firm said 55 percent of SWIFT cross-border payments are now being made over GPI, a payments flow worth over $40 trillion.

“Half of them are reaching end beneficiary customers within minutes, and practically all within 24 hours,” the report stated, further predicting that all cross-border SWIFT payments will be made over GPI “within two years.”

At the launch of the proof-of-concept back in January, SWIFT explained that the trial would connect the GPI Link gateway with R3’s Corda platform to monitor payment flows and support application programming interfaces (APIs), as well as SWIFT and ISO standards.

“We’re proud to be pioneering this work with SWIFT on the GPI Link initiative and R3’s Corda Settler. SWIFT’s intention to expand blockchain access to its GPI Link is an important step towards enterprise blockchain adoption and Corda is already a leader in this space. The ability for firms utilising enterprise blockchain applications to settle off chain using existing, established and trusted payment networks, like SWIFT, allows firms to access the efficiency gains from blockchain while reducing the friction in crossing between on-chain and pre-existing payment systems.”

It’s also notable that R3 began testing its Corda Settler payments engine with XRP, the native cryptocurrency of Ripple, prompting a frisson of excitement among Ripple supporters. In any case, R3 has made clear from the start that the technology was always designed to be interoperable with a variety of payments systems.