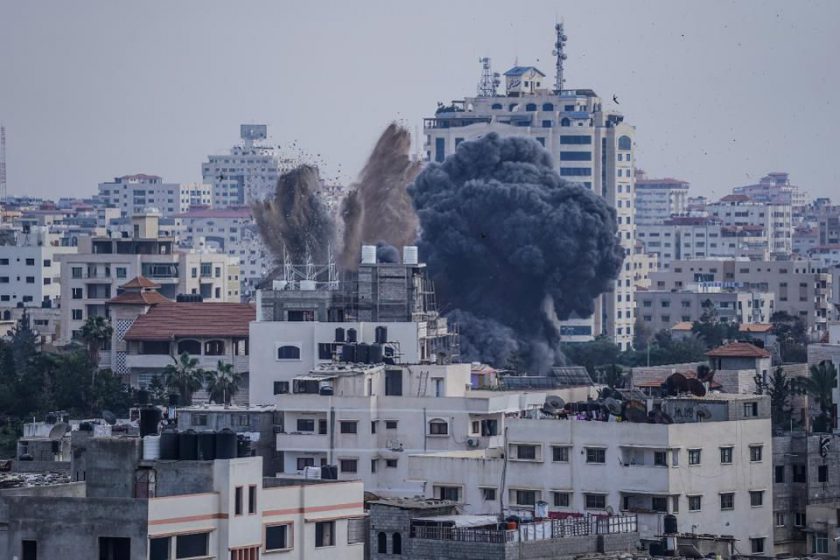 GAZA, PALESTINE – 2019/05/05: Smoke rising after an Israeli air raid on homes in Gaza City during the conflict between the Palestinians and the Israeli army that began two days ago.

The Israel Defense Forces (IDF) has launched a physical attack on Hamas in immediate response to an alleged cyber-assault. The IDF hit a building in the Gaza Strip with an airstrike after claiming the site had been used by Hamas cyber operatives to attack Israel’s cyber space.

The IDF claimed it stopped the attack online before launching its airstrike on Hamas. It claims it has now wiped out Hamas’ cyber operational capabilities.

Israel Defense Forces said via Twitter: “We thwarted an attempted Hamas cyber offensive against Israeli targets. Following our successful cyber defensive operation, we targeted a building where the Hamas cyber operatives work. HamasCyberHQ.exe has been removed.”

It could mark a change in modern cyber warfare tactics, given that it is the first time a cyber-attack has been met with immediate physical retaliation. However, as ZDNet points out, the US is still the first country to respond to cyber-attacks with military force. In 2015, the nation launched a drone strike to kill the British national in charge of ISIL’s hacker groups Junaid Hussain. Hussain had also dumped personal details of US military forces online.

This latest attack is different to the 2015 US retaliation: The IDF apparently reacted immediately, rather than planning its response over weeks or months.

But Ian Thornton-Trump, security head at AmTrust Europe says: “Israel would not have targeted the building and presumably those in it without a lot more due diligence and intelligence than ‘a cyber-attack was coming from the building’.”