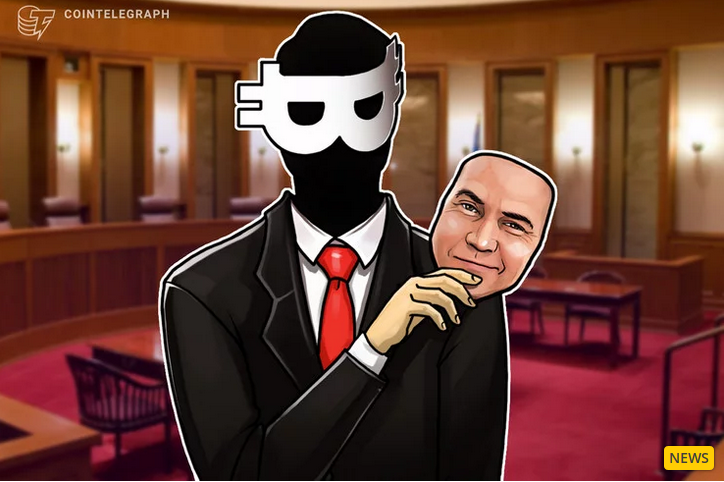 The Kleiman Estate is seeking return of a good portion of 1.1 million bitcoins (worth roughly $6.19 billion as of press time; $5 bln when the law suit started) mined by the two, or its “fair market value,” as well as compensation for infringement of intellectual property.

The United States District Court of the Southern District of Florida issued an order on May 3 requiring self-proclaimed Satoshi Nakamoto Craig Wright to produce a list of his public bitcoin (BTC) addresses.

The order is part of an ongoing case against Wright filed by the estate of computer scientist David Kleiman, which claims that Wright stole hundreds of thousands of BTC. The coins were worth over $5 billion dollars in February last year, when Kleiman’s estate first sued Wright.

The order illustrates a number of the plaintiffs’ requests. They ask the court to order Wright to produce a list of the public addresses of bitcoin he owned as of Dec. 31, 2013, make him identify all bitcoin allegedly transferred to a blind trust in 2011 and produce documents related to said trust.

Further, the plaintiffs also ask the court to order Wright to identify under oath the identity of the current and past trustees and beneficiaries of the trust. The last request is to “permit further deposition of Dr. Wright with regard to his ownership and control over bitcoins.”

The document also specifies that the court has reconsidered its order on Wright’s previously filed motion to seal information regarding his bitcoin holdings. In addition to denying Wright’s motion regarding the list of bitcoin addresses, the court order states:

“On or before May 15, 2019, at 5:00 p.m. Eastern time, Dr. Wright shall produce all transactional records of the blind trust, including but not limited to any records reflecting the transfer of bitcoin into the blind trust in or about 2011. The production shall be accompanied by a sworn declaration of authenticity.”

As Cointelegraph reported at the end of last year, a U.S. court has already rejected repeated requests from Wright to dismiss the Kleiman case.