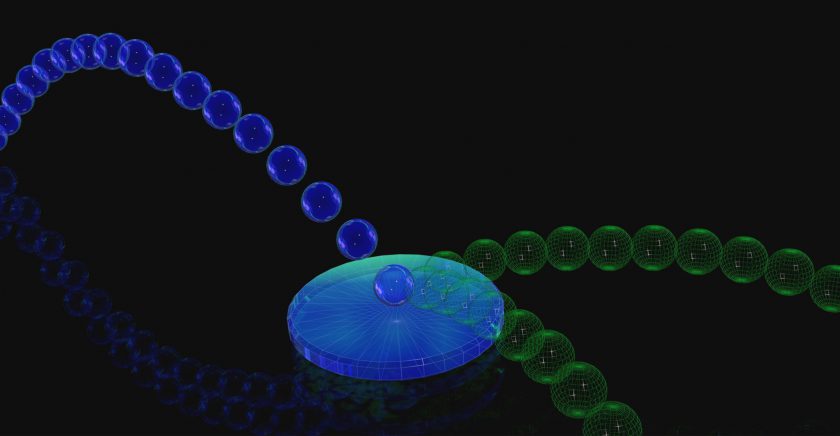 Scientists have created a Back to the Future device that can predict alternative realities.

In the time travel movie, starring Michael J Fox as Marty McFly, the future is shown not to be fixed and unmovable, but a range of possibilities. Only one timeline in which McFly’s parents fall in love allows him to be born. In another, he would cease to exist.

Now scientists have built a quantum computer that can generate simultaneous “futures”, as if looking into a series of different crystal balls. (The machine is not quite up to predicting potential national lottery results.)

Working on a subatomic scale, it can simulate 16 timelines at most for photons — “packets” of light — occupying different locations. For excited scientists, it is another practical demonstration of the weirdness of quantum mechanics, the set of rules that govern the subatomic world.

“When we think about the future, we are confronted by a vast array of possibilities. These possibilities grow exponentially as we go deeper into the future.”

Mile Gu, one of the scientists from Nanyang Technical University (NTU) in Singapore, said: “When we think about the future, we are confronted by a vast array of possibilities. These possibilities grow exponentially as we go deeper into the future. For instance, even if we have only two possibilities to choose from each minute, in less than half an hour there are 14 million possible futures. In less than a day, the number exceeds the number of atoms in the universe.”

His research group realised that, at a much smaller scale, a quantum computer can examine all possible futures of a decision process. It does this by placing them in a quantum “superposition” — a kind of limbo in which different potential states occur simultaneously. Only when the system is observed or disturbed does it “collapse” into one state or another.

This fundamental pillar of quantum mechanics was illustrated by the famous “Schroedinger’s cat” thought experiment, in which a cat is neither dead nor alive but a superposition of both states.

It also gave rise to the “many worlds” hypothesis — the idea that a myriad universes co-exist in parallel in which different fates are played out.

In the new study, potential future outcomes of a decision process were represented by the locations of photons. The scientists showed that a superposition of multiple potential futures was weighted by the probability of one or other occurring when the system collapsed.

The machine has already demonstrated one application — measuring how much our bias towards a specific choice in the present impacts the future.

“This is what makes the field so exciting. It is very much reminiscent of classical computers in the 1960s”

Lead researcher Farzad Ghafari, a PhD student at Griffith University in Australia, said: “Our approach is to synthesise a quantum superposition of all possible futures for each bias. Many current artificial intelligence algorithms learn by seeing how small changes in their behaviour can lead to different future outcomes, so our techniques may enable quantum-enhanced AIs to learn the effect of their actions much more efficiently.”

The study, published in the journal Nature Communications, was inspired by the late Nobel Laureate theoretical physicist Richard Feynman. He was the first to realise that when a subatomic particle travels from point A to point B, it does not necessarily choose a single path. Instead, it simultaneously follows all the possible paths connecting the points.

Jayne Thompson, a member of the Singapore team, said: “Our work extends this phenomenon and harnesses it for modelling statistical futures.”

While the prototype device simulates no more than 16 futures, the underlying quantum algorithm could in principle “scale without bound”, said the researchers.