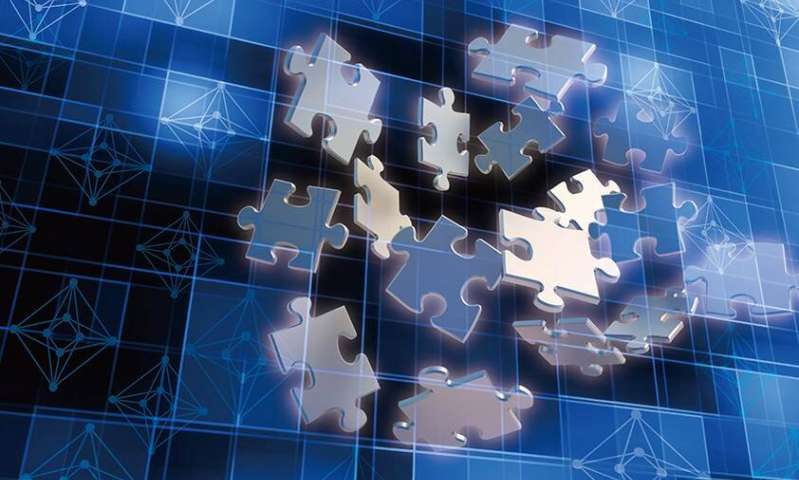 Embedding on a special graph of the D-Wave 2000Q by solving a problem like a puzzle in our technique. Credit: Tohoku University

Tohoku University researchers have developed an algorithm that enhances the ability of a Canadian-designed quantum computer to more efficiently find the best solution for complicated problems, according to a study published in the journal Scientific Reports.

Quantum computing takes advantage of the ability of subatomic particles to exist in more than one state at the same time. It is expected to take modern-day computing to the next level by enabling the processing of more information in less time.

The D-Wave quantum annealer, developed by a Canadian company that claims it sells the world’s first commercially available quantum computers, employs the concepts of quantum physics to solve ‘combinatorial optimization problems.’ A typical example of this sort of problem asks the question: “Given a list of cities and the distances between each pair of cities, what is the shortest possible route that visits each city and returns to the original city?” Businesses and industries face a large range of similarly complex problems in which they want to find the optimal solution among many possible ones using the least amount of resources.

The algorithm works by partitioning an originally large problem into a group of subproblems. The D-Wave annealer then iteratively optimizes each subproblem to eventually solve the original larger one. The Tohoku University algorithm improves on another algorithm using the same concept by allowing the use of larger subproblems, ultimately leading to the arrival at more optimal solutions more efficiently.

The team next aims to assess the utility of their algorithm for various optimization problems.