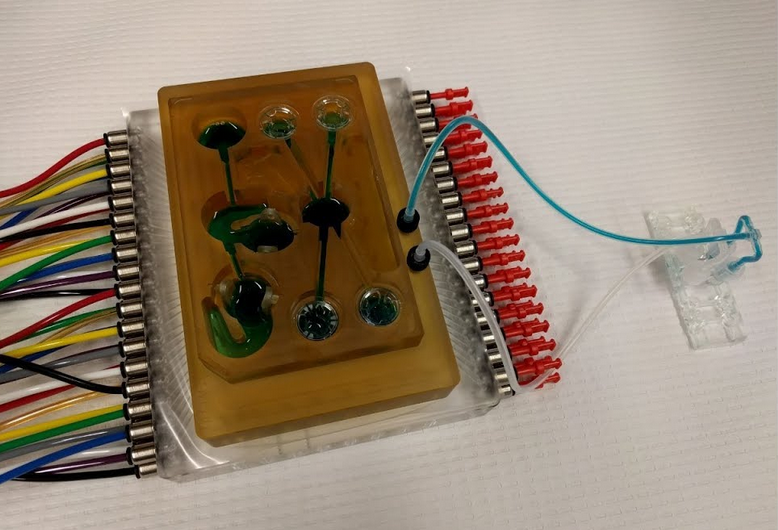 Creating a human-on-a-chip is the goal
What if we could test new drugs without human and animal trials?
See also “Lung On A Chip” by Harvard’s Wyss Institute (below)

Scientists at the Massachusetts Institute of Technology, with funding from the Department of Defense, want to speed up the clinical trial process with a device that could enable researchers to test new drugs on organ tissue grown in a lab instead of on humans and animals. Called “body on a chip,” their device is roughly the size of a book and can engineer tissues from as many as 10 organs. MIT Professor Linda Griffith leads the effort and joins Hari Sreenivasan. 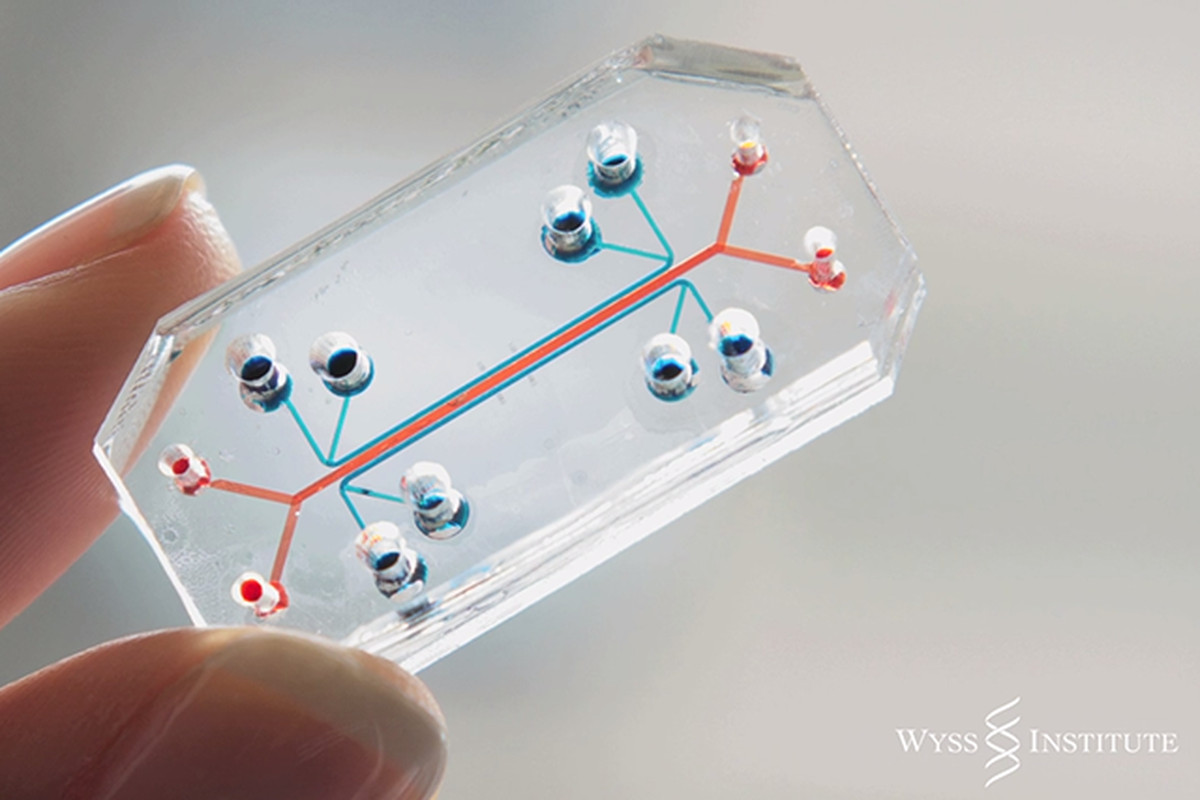 Scientists at Harvard’s Wyss Institute have managed to recreate a pulmonary edema (a build-up of fluid in the lungs) inside a lung-on-a-chip. The team used techniques similar to those developed for microchip manufacturing to build the mechanical structure of a lung before lining it with human tissues. Air is passed through one side of the lung, while a liquid solution containing white blood cells mimics blood on the other side.

With a lung-on-a-chip, scientists are able to conduct research that would otherwise be dangerous, expensive, or ethically questionable. In earlier studies, the team showed that the white blood cells would attack any bacteria introduced into the lung (as demonstrated in the video below). The latest achievement involved adding fluid into the lung before alleviating it with a new drug from GlaxoSmithKline. The drug was later tested on animals, validating the results.

Creating a human-on-a-chip is the goal

In the future, organs-on-a-chip may negate the need for animal trials altogether. One issue with the current research is that the organs are treated in isolation, so scientists are unable to gauge if there are any negative effects on other parts of the body, or undertake research into diseases that affect multiple organs. That’s where the concept of a human-on-a-chip comes in. By emulating all the vital organs in an interconnected system, scientists can test immune response as well as the efficiency of intravenous, respiratory, and oral drugs. They’ve already successfully simulated kidneys, hearts, lungs, blood vessels, and parts of the digestive tract, meaning we’re not too far off from putting it all together.