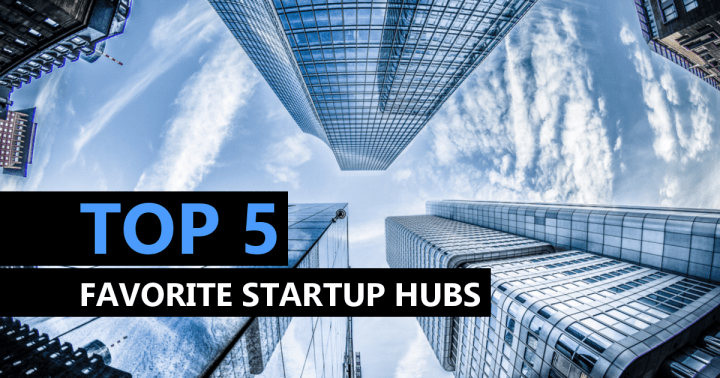 Berlin is appreciated for its startup ecosystem as it receives 91% approval rate from its followers on this feature. For founders from Central Eastern Europe (54%) and Western Europe (42%), Berlin remains the most desired place to startup.

Since 2016, Startup Heatmap Europe has asked over 3000 founders, startup employees and other members of the tech community our signature question: “Where would you startup if you could start all over again?” This year’s results solidify the notion that Europe’s biggest startup hubs have invariably remained the most desired places to startup. There are however some surprises: Zurich jumps +11 ranks to join the top 10; Dublin and Stockholm face competition by “challenger” hotspots whose specialization in certain industries give them a competitive edge in the sight of EU entrepreneurs.

Last year, London, Berlin and Barcelona led the rankings for the most desired startup cities in Europe, followed by Amsterdam and Paris. Interestingly, and perhaps not surprisingly, these cities remain top destinations in 2018 according to the founders answering our survey.

London and Berlin, the continent’s “Super Connectors” attract 41% and 40% of votes from founders in our study. London drops from 55% in 2017, but retains the top spot primarily because of availability of funding (94% of votes). Berlin is appreciated for its startup ecosystem as it receives 91% approval rate from its followers on this feature. For founders from Central Eastern Europe (54%) and Western Europe (42%), Berlin remains the most desired place to startup. Alternatively, over 70% of founders from the UK and Ireland would choose London as their preferred startup capital. This is a curious jump of over 20% points compared to last year – showing that British founders rally around their capital in times of Brexit. 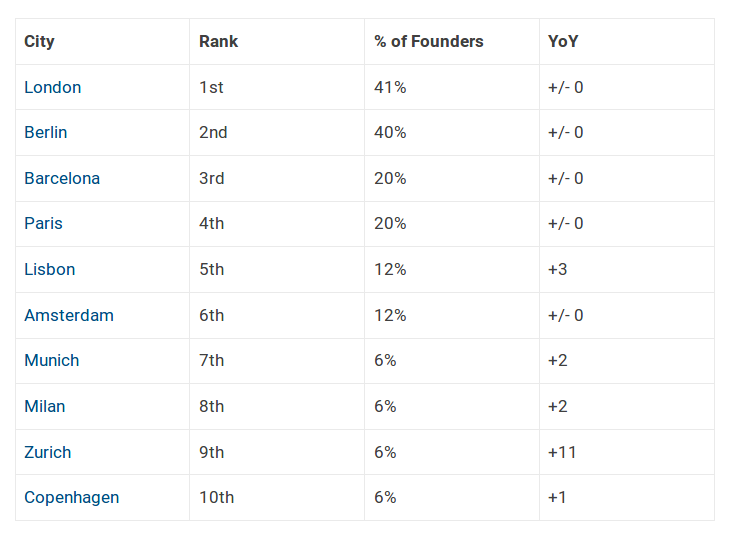 Barcelona and Paris, dubbed the “International hubs” remain stable with respect to 2017. While Barcelona leads with consumer platforms and e-commerce startups, it follows second only to London as top destination for entrepreneurs in the Mediterranean (44% vs 47% of regional votes). As we reported last year, we again find Paris is more popular with high-tech and hardware startups. Paris is further rated highly by those from Western Europe, the UK and Ireland. To complete the top 5, Lisbon rises +3 ranks, displacing Amsterdam to the 6th position. In all, the top five startup hubs received about 50% of all votes. 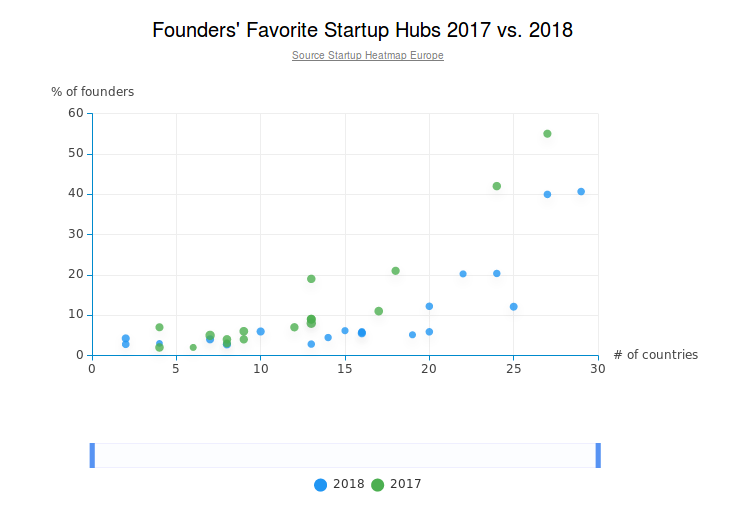 Outside the top five, we see the rise of second-tier hubs, who do not have the reach of the top five, but excel for the particular advantages they offer founders. Tallinn, once again is popular for favourable business legislation (91% vs. 83% in 2017) and Milan, climbs +2 ranks receiving appraisal from e-commerce businesses. While London leads the pack for access to capital, it is followed closely by hubs in the Nordics. Helsinki and Stockholm, which are increasing receiving attention from investors, founders rate the quality of their ecosystem, value for money and startup culture highly. The pressure from challenger hubs indicate that the biggest hubs might not always be the founder’s favourite. Read the full report

For startup hubs to stay on top, they need to maintain a high degree of connectivity with other hubs. When comparing founders’ location choices and investor connections, we discover that investor flows and founders’ perceptions are equally strong between some of the top hubs: Berlin and London, London and Paris, Munich and Berlin. In our report, we highlight the rise of the interconnected startup, with far-reaching tentacles outside the startup headquarters for talent recruiting and investments. In fact, we find over 60% of founders work with distributed teams, have legal entities or investors abroad. Again, by capturing founders’ perceptions on startup cities, Startup Heatmap Europe, the benchmark report on the attractiveness of startup hubs in Europe, is able to show the evolution of startup hubs and the factors that drive entrepreneurs to these hotspots.