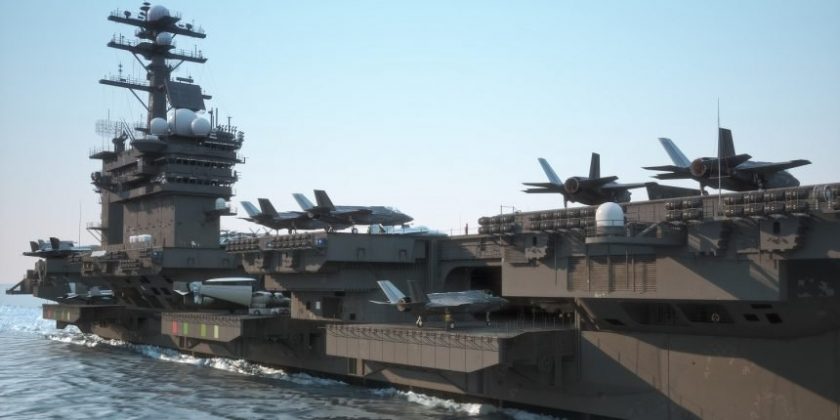 To replace a system which tracks parts using a paper-based process and manually recorded on a database, hoping to switch US Naval Aviation Enterprise processes to a DARPA-initiated permissioned blockchain.

A U.S. Navy command is exploring the potential of blockchain technology in tracking aircraft parts.

The Naval Air Systems Command (NAVAIR) – which provides material support for aircraft and airborne weapons systems for the navy – announced in a press release Friday it is investigating whether blockchain could trace parts through their life-cycle more efficiently and cost-effectively than with current methods.

“Knowing the origin and history of flight-critical aircraft parts is a resource-consuming process that drives up the cost to operate military aircraft,” NAVAIR explains.

With existing systems, after delivery, parts are tracked using a paper-based process and manually recorded on a database. However, the naval command has kick-started research that hopes to switch Naval Aviation Enterprise processes to a permissioned blockchain.

For the effort, a team at NAVAIR’s Fleet Readiness Center Southwest has partnered with Indiana Technology and Manufacturing Companies (ITAMCO) to use its SIMBA Chain – a blockchain-as-a-service platform developed in conjunction with DARPA.

With the agreement, the navy is specifically eyeing SIMBA Chain protocols that it says can “quickly and securely recall large data sets.”

Ultimately, the partners hope to develop a conceptual framework for a blockchain supply chain system that provides visibility and security.

The proof-of-concept will be a permissioned chain with a consensus mechanism that NAVAIR says requires less computing power than proof-of-work systems, as used by protocols like bitcoin.

According to the release, there are issues to overcome. A distributed supply chain increases vulnerability to outside attacks, so cyber-security is a vital area of focus.

“By bringing the experts together early in the development of possible architectures, the navy command says, “the authorities will better understand the risk and reward of a connected distributed system.

The team working on the research believes the increased visibility and traceability of a blockchain system will help NAVAIR support the Naval Air mission with an increased emphasis on safety and at a reduced cost, it adds.

As CoinDesk has reported previously, last June, the U.S. navy’s innovation arm, too, has been working to trial blockchain’s potential in bringing added security to its 3D-printing systems.

The trial, led by the Naval Innovation Advisory Council, was said to use blockchain to form a data-sharing layer between the navy’s various 3D printing sites.