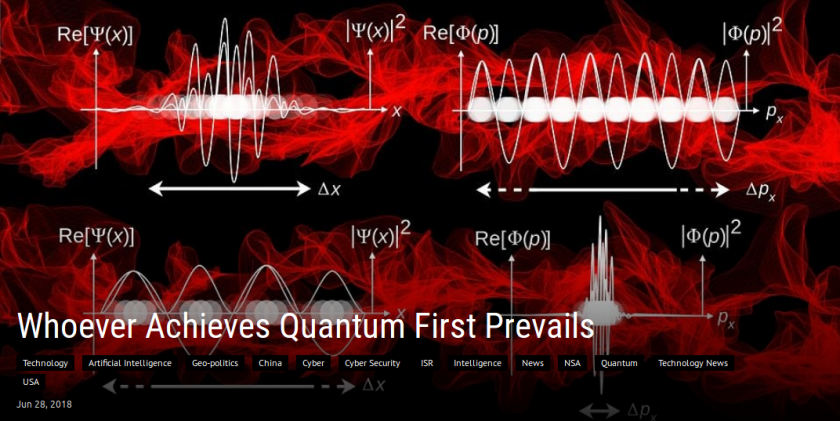 Experts say that when quantum computers are fully operational, they will upend the use of password-protected systems, artificial intelligence and other areas of information technology. “Whoever achieves quantum first, everything they are doing and have been doing is irrelevant,” Rep. Will Hurd, R-Texas, said recently.

However, the universities and research institutions in the United States focusing on quantum computing are “sub-par,” according to George Barnes, deputy director at the National Security Agency NSA. The complaint is among a list of examples, topped by cybersecurity, where American innovation in the intelligence field is struggling, he said, adding that the Chinese “can play the long game” and “they are taking steps that might not be realized for 20 years.”

The warnings, made at the Capitol Hill National Security Forum in Washington, highlighted mistrust between the government and private sector, as well as the structural challenges of supporting innovation, as reported by fifthdomain.com.

Rep. Hurd added the United States needs to treat quantum the way it treated the Y2K (the year 2000 bug) crisis, where the government “spent billions of dollars and spent a decade preparing … We need to be the leader.” Hurd said that he supports a recently proposed bill that aims to “accelerate quantum research and development.”

The intelligence officials at the forum said that the very nature of American government, that prioritizes short-term gains, may harm innovation. With their centralized five-year plans, China does not have the potential sequesters and fluctuating budgets that are features of the U.S. government.