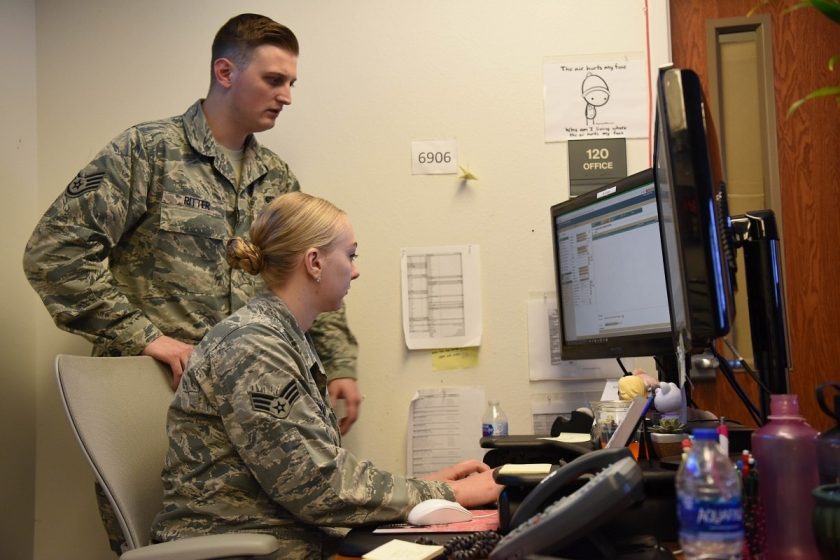 Senators have long been worried about the future of the Air Force’s cyber workforce.

“Out of the 127 Air Force cyber officers that completed their first tour on the cyber mission force, none went back to a cyber-related job,” Sen. John McCain, R-Ariz., said during a May 2017 hearing.

“That is unacceptable and suggests a troubling lack of focus. It should be obvious that the development of steady pipeline of talent and retention of the ones we’ve trained already is essential of the success of the cyber mission force.”

“Something along the order of a third should stay with [CYBERCOM], the rest we should look [at] how do we put them elsewhere within the cyber enterprise to build the cyber level of expertise across the entire department,” Adm. Michael Rogers, then commander of U.S. Cyber Command, told the committee.

He also clarified that these officers weren’t cycling out of the cyber mission force into non-cyber-related jobs.

“The experience we’re seeing is they’re taking officers that are rolling out of the cyber mission force … and employing them in other areas in cyber in the department,” Rogers added.

“That’s why I say one of the challenges, if you’re a service, is you have a wide spectrum of cyber requirements beyond what Cyber Command is responsible for.”

The cyber mission force comprises the 133 teams that each service is proportionally providing to CYBERCOM — while some teams will be retained by each service’s cyber component — that will address high-level cyber problem sets.

The Air Force is responsible for providing CYBERCOM with 39 of the 133 cyber mission force teams, including offensive and defensive.

“Air Force cyber operations officers have been undermanned in terms of the number of billets that we have to fill across the Air Force versus how many officers we have in the inventory,” Higby said.

In 2014, the Air Force made a deliberate decision to provide back-to-back assignments for those officers in any 24th Air Force, or Air Force Cyber, unit, according to Higby.

When it comes to retention rates in the Air Force for cyber, Higby said, the cyber mission force is manned at 100 percent, meaning the 39 Air Force teams will get 100 percent of their staffing from an Air Force perspective. The service has to take risks in other areas across the force to reach those levels.

While the Air Force is retaining about 75 percent of cyber workers, the problem for the field is that the service — and the cyber field across the nation — is “chronically undermanned,” and the Air Force must retain officers at 90 percent to keep all manpower lines looking healthy. This means the service must “do some exceptional things to retaining at a higher-than-average rate,” Higby said.