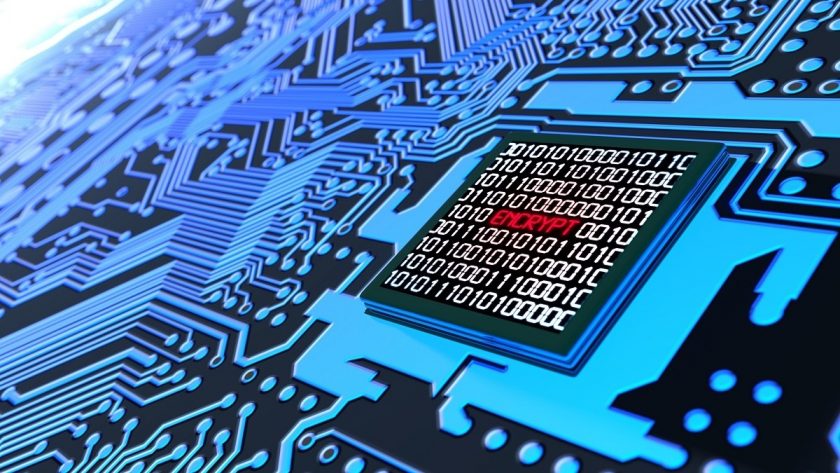 Since China started quantum computing research in 2004, it has invested over 30 times more than America in this revolutionary technology. In 2017 China announced that it was creating an $11 billion, 4 million-square-foot national quantum laboratory in the city of Hefei. This lab will accelerate China’s research into various applications of quantum computing, but particularly quantum hacking.

To protect against this growing threat to their data and security, Americans should look to their country’s oldest intelligence allies: the Five Eyes.

The Five Eyes alliance was originally formed to pool intelligence between the U.S. and the UK during WWII, and expanded to include Australia, New Zealand and Canada. Since then, the Five Eyes framework has evolved to share the strengths and exploit the weaknesses of emerging technologies — first radio transmissions, then satellites and, most recently, the internet. Quantum computing is the next step in this progression.

Quantum computers use elementary particles like photons to make calculations far more rapidly than a traditional “classical” computer. Unlike the binary “bits” of classical computers (0s and 1s), these particles — or “qubits” — can act as a 0 or a 1 at the same time. This allows them to do two calculations at once, and means that their power scales exponentially with the number of qubits, rather than linearly like a classical computer.

One result of such super-charged processing power is the ability to hack into encrypted data.

Modern encryption, like that used for bank accounts, typically works by multiplying two large prime numbers to form an even bigger “semi-prime” number of more than 600 digits. Yet, unlike classical computers, a quantum computer would be able to reverse factor all the numerical possibilities almost instantly, cracking the encryption. The first nation to develop one may be able to easily gain access to enormous amounts of protected data — including credit card information, health records and possibly classified government intelligence.

Despite a vibrant quantum private sector, the U.S. should approach quantum research as an emerging area of critical national security rather than as a simple tech transition. It should also prevent sensitive quantum data from becoming the latest example of China’s intellectual property theft. The best tool to achieve both of these ends is the unique structure of the Five Eyes alliance.

For prior emerging technologies the Five Eyes have coordinated at the operations, intelligence and leadership levels. However, the most useful security applications of quantum computers are still unclear. Therefore, the allies should take a “bottom up” approach to applying this new technology, first ensuring that they understand the fundamentals of how it can be used before moving on to a wider strategy.

This process should start on the Five Eyes’ shared platforms. Each ally shares digital intelligence tools that they’ve developed with the other four. In the PRISM program, the U.K. was granted access to data the National Security Agency (NSA) had intercepted from U.S. internet companies. In STATEROOM, Australian embassies in Asia were bugged and the information gathered from foreign diplomats was passed on to allies.

But the most relevant shared platform for quantum cooperation is the STONE GHOST program. This is a database that acts as both a platform for sharing intelligence software and a forum for Top Secret communications. The use of this system could allow critical quantum research to be shared quickly and securely, preventing incidents like China’s theft of 50 gigabytes of classified data from the F-35 program in 2016.

With a more robust model of how to use quantum technology effectively, the Five Eyes could then test and implement their shared quantum capabilities against critical developing situations. Joint quantum operations could be either defensive or offensive. They could follow the model of the 2012 London Olympics, where the National Geospatial-Intelligence Agency worked with British authorities to map security vulnerabilities at venues and transport routes. Or they could resemble Operation RAMPANT LION 2 in Afghanistan, where U.S. and U.K. intelligence agencies supported Canadian troops in real time.

Leadership coordination would be the final step in creating an integrated quantum strategy. Fortunately, this is one of the Five Eyes’ greatest strengths. Each nation’s heads of defense intelligence and national assessments meet with their counterparts at least annually, if not more frequently. They analyze each other’s performance and plan the alliance’s future activity. In a field developing as rapidly as quantum computing, this high-level collaboration will allow the allies to be both proactive and reactive in gaining an advantage from quantum capabilities.

The major role of the U.S. in maintaining global security means its defense funding is stretched thin. There are limited economic and human resources that America can spend to confront a new security threat as serious as quantum computing. Collaborating with the Five Eyes alliance offers the clearest path to maximize these resources and maintain American technological supremacy.