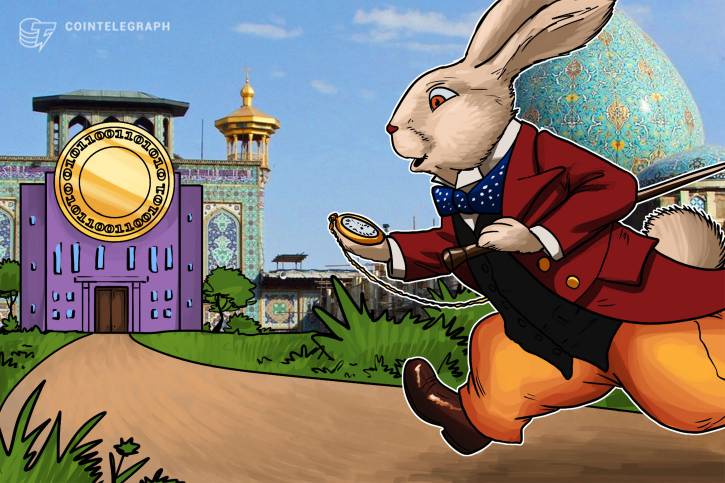 Iranians are increasingly turning to Bitcoin (BTC) and other cryptocurrencies in the wake of the US exit from a multilateral nuclear accord with the country this week. The news has plunged the country into economic turmoil, resulting in a surge of interest towards crypto, as Forbes reports Thursday, May 10.

Mounting anticipation that the Obama-era accord would collapse has brought Iran to the brink of a national currency crisis, with the Iranian rial losing around a quarter of its value in the past six months.

In response, the government has unified its official and open market exchange rates, hiked interest rates, and turned to draconian measures, including the arrest of foreign exchange dealers, according to Iranian Radio Farda. Without access to the international banking system, the moves have straitjacketed those Iranian citizens hoping to move cash out of the country.

Forbes spoke to one citizen, who explained that:

“With exchange offices closed, sanctions and the rial dropping like crazy it seems like a good idea to use Bitcoin. I know that there are a few people selling and buying Bitcoin in Iran with LocalBitcoins. For now it seems like Bitcoin is literally the only way to get money out of the country… but with the rampant inflation of the rial a lot of people won’t be able to afford it.”

Forbes notes that there are currently 17 people in Iran selling Bitcoin via the website LocalBitcoins, which connects buyers and sellers globally.

Nonetheless, according to Mohammad Reza Pourebrahimi, chairman of Iran’s economic commission, citizens have so far succeeded in siphoning a staggering $2.5 bln out of the country in crypto. In an attempt to stem the outflow, Iran’s central bank banned domestic financial institutions from dealing in cryptocurrencies in April.

Threat intelligence manager Priscilla Moriuchi told Forbes that Iranians might still manage to move money out using cryptocurrencies, but that they “would need to make use of services such as mixers to obfuscate the origin and destination of their transactions.” She noted that anonymity-oriented coins “such as Monero or Litecoin,” might be more useful.

The future of crypto in Iran may not lie with citizens, but with the government itself. An Iranian minister revealed a state-backed digital currency project for the country’s banking system in February, an experimental model of which was completed in April.

The move has drawn parallels with Venezuela’s centrally-issued Petro, which many have viewed as a response to the country’s own crippling sanctions. Trump has already prohibited US citizens from buying the Petro, and Mourichi emphasized that an Iranian coin could face “similar hurdles.”