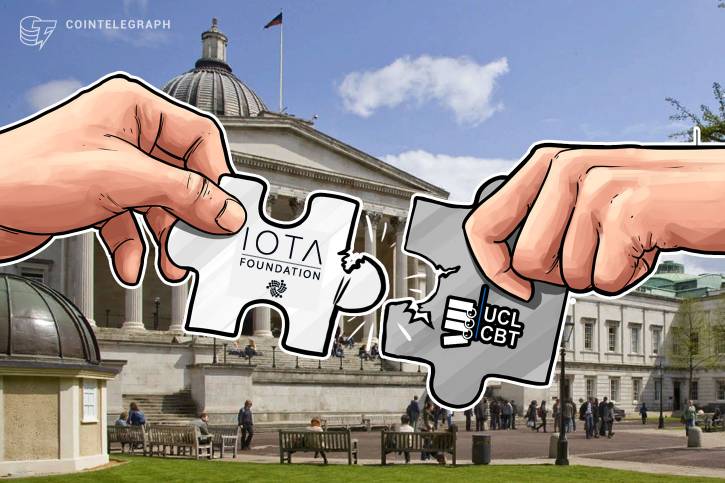 The Centre for Blockchain Technologies (CBT) at University College London (UCL) has posted an announcement on its website that it has dissolved its ties with the IOTA Foundation, TNW reported April 28.

The note emphasizes CBT’s commitment to “open security research,” and reads in full as follows:

“UCL Centre for Blockchain Technologies is no longer associated with the IOTA Foundation. In relation to recent news report [sic], we reaffirm our support for open security research, as a prerequisite for understanding the assurances provided by any blockchain technology. It is inappropriate for security researchers to be subject to threats of legal action for disclosing their results.”

While it remains unconfirmed, CBT’s allusion to “recent news reports” and researchers being subjected to “threats of legal action” appears to be a reference to the controversial fall-out over an IOTA vulnerability report that was published last September as part of MIT’s Digital Currency Initiative (DCI) that found a vulnerability in IOTA’s open source repositories on GitHub.

Though IOTA responded by fixing the vulnerability and did not initially deny the Curl hash function could be compromised, they suggested such an attack would be impractically complex and that users’ funds were not seriously at risk.

The situation deteriorated in Oct. 17, when leaked correspondence appeared to show IOTA’s lead cryptographer Sergey Ivancheglo, acting independently of the IOTA foundation, threatening one of the researchers with legal action.

In addition to deciding to sever ties with IOTA, the University College of London appears to have now removed all entries on IOTA from the CBT website, as TNW further reports. IOTA’s page on the CBT site now returns a 404 error, but an archived version can still be retrieved.

In response to Cointelegraph’s requests for comments, CBT clarified:

“UCL CBT was not affiliated with the IOTA foundation. Instead, the IOTA foundation was a member of the “UCL CBT Industry Alliance.” We don’t have [anything] to add with respect to what we already posted on our website. We can simply add that UCL CBT has interrupted association with IOTA foundation until further notice.”

As of press time, no representatives from the IOTA foundation have responded to requests for comment on UCL’s decision.