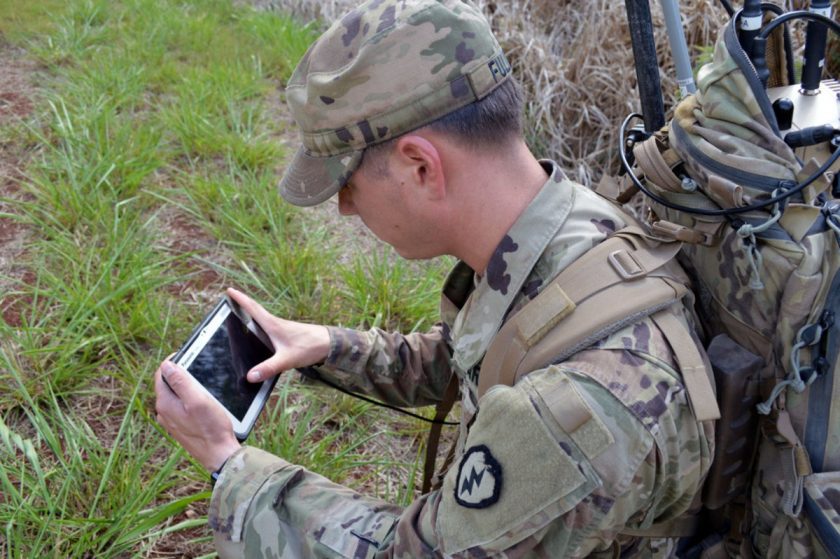 Success in electronic warfare requires making sense of a whole lot of noise, so the U.S. Army is launching an open competition to do just that.

The Signal Classification Challenge, a project from the Army’s Rapid Capabilities Office, invites the public to help create an artificially intelligent system that can paint a picture of the electromagnetic spectrum, allowing electronic warfare officers to cut through the excess noise and improve the reaction time and effectiveness of electronic warfare officers on the battlefield.

“This is a competition to find the ‘best of the best’ in artificial intelligence and machine learning that can do blind signal classification,” said Rob Monto, the director of the RCO’s Emerging Technologies Office. “We are hoping to attract everybody and anybody that has potential solutions in this space.”

The competition’s blind signal classification requires the classifier to posses little-to-no information about the signal being detected. The solution sought by the Army would quickly and accurately “classify the modulation, or change of a radio frequency (RF) waveform, as a first step towards signal classification.”

To sweeten the deal, the Army is offering a total of $150,000 in awards. The first-place winner will walk home (if they aren’t already there) with $100,000, while the second and third place participants will receive $30,000 and $20,000 respectively. The Army said its intent is to also include a “follow-on opportunity for possible contract awards.”

“The challenge allows participants to submit their scores daily during the challenge to see how well they are performing,” Monto said. “There will be a status leader board, so everyone will be updated automatically on how they are placing against others. This will help drive competition.”

Once a participant is registered for the competition they will be granted access to training datasets consisting of over 4.3 million instances across 24 different modulations, including a noise class.

Registration will open Monday, April 30, with the first data set to be released a week later.

The first dataset submission is due on July 20, while the second dataset deadline is July 30. Winners from the competition will be notified on August 13.