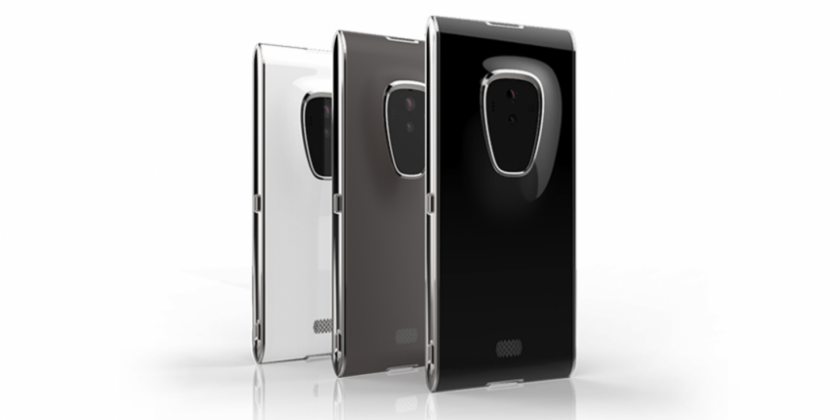 A subsidiary of Foxconn Technology Group, FIH Mobile, has agreed to help develop the Blockchain phone, called the Finney. 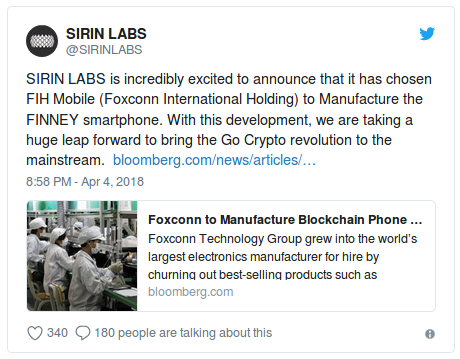 Foxconn is a multinational electronics contract manufacturing company based in Taiwan. It is one of the largest employers worldwide and some of its major customers have included Apple, Google, Cisco, Huawei, and Amazon.

The smartphone is designed to enable users to securely store and use digital currencies. Sirin CEO Moshe Hogeg stated that with current methods of storage, the use of digital currencies is difficult and unintuitive. “…the mass market would never get it. There’s no chance my mom can figure out how to use Bitcoin, and my mom is smart.”

The device will integrate a plethora of different tokens. It will also allow owners to shop on crypto-friendly websites like Overstock.com and Expedia, converting cash into specialized tokens if needed. Sirin said that users may eventually be able to forgo complex addresses and long private keys, and instead verify their identities on coin-related services with an iris scan, fingerprints, or even a simple password.

Sirin raised $158 mln for the project in December via an initial coin offering (ICO) following $70 mln in initial investment. In October Sirin plans to ship the first units to eight new stores in locations with the most active crypto communities like Turkey and Vietnam. The Switzerland-based consumer electronics company hopes to license the technology to other phone manufacturers, which could decrease the price, making the device more available.

As Cointelegraph reported in March, Huawei was in discussions with Sirin Labs, reportedly regarding the license for Sirin’s operating system. While Sirin Labs have confirmed on their Telegram channel that the meeting took place, no detailed announcements have been made regarding the discussions.