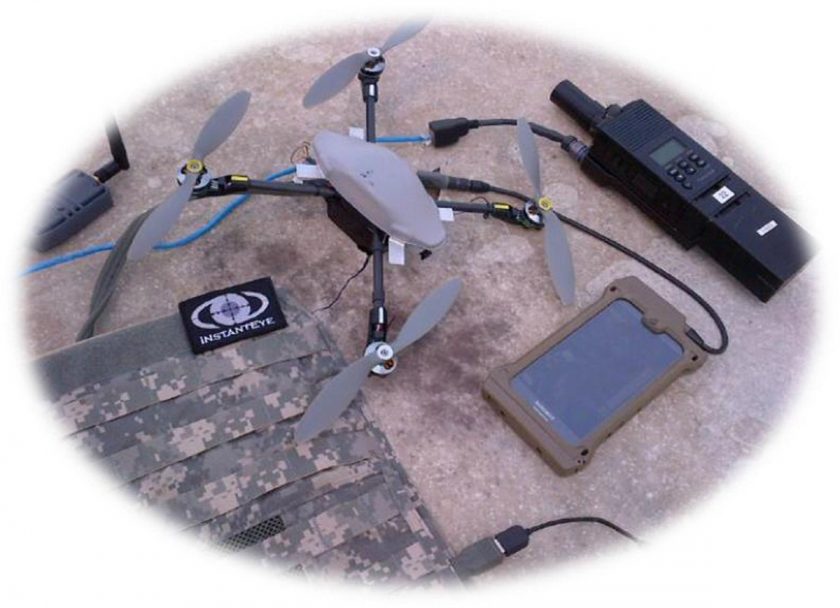 In the spring of 2013, over drinks somewhere in Washington, a Marine officer candidate told me about an idea he had. He was getting ready for a wargame — a weekend in the field simulating a combat engagement — and he wanted to use his discretionary budget for the activity to buy a drone.

Now, the military has plenty of drones, from Global Hawks on down, but nothing currently in the inventory could match both the capability and the disposability he wanted. So he was going to buy a camera drone kit for less than $1,000, and try to field it in the wargame.

I never made it out to see how the drone faired, but five years later, adding a drone into a Marine squad is no longer just the stuff of daring candidates looking for an edge over their peers in friendly wargames. Last month, Marines in the California desert practiced with quadcopters of their own.

The Marine Corps is beginning to field the InstantEye to infantry units across the Fleet Marine Force in a program dubbed “Quads for Squads,” or Q4S as Marines call it, and endorsed by the commandant. Gen. Robert Neller wants every deploying squad — a unit with 11 to 14 Marines — to be equipped with an organic, small UAS capability.

“We’re just pushing it out at a much faster rate,” Banks said of the drone systems. “They’re going to all of the deploying battalions first.”

The InstantEye will hardly be the first quadcopter tested by the military, nor will it be the first small drone. Perhaps the most iconic drone carried by infantry is the RQ-11 Raven, a hand-tossed fixed-wing designed to break apart like LEGOs when it landed. The Ravens had a unit price of $35,000, and were sold with all the relevant equipment to operate a batch of three for $250,000. That’s bargain basement when compared to the price of other aircraft, but still pricey in the world of small drones.

To get scouting capabilities dirt cheap, the Marines and the Army have bought and tested commercial off-the-shelf quadcopters, like DJI Phantoms. These quadcopters typically run only a few hundred dollars, making them as cheap as a functional drone can get. The cost savings wasn’t worth the potential risk of the drones being built compromised, so citing cyber security concerns last summer, the U.S. Army ordered units to stop using drones from China-based manufacturer DJI.

The InstantEyes quadcopters, meanwhile, are built by InstantEye Robotics of Andover, Massachusetts. And while InstantEye’s announcent of a recent sale of 800 quadcopters to the Marine Corps didn’t include unit price for the drones, they were reported as costing around $1,000 in 2014. If the cost is similar, then it means that the Marines might finally have a squad-based aerial scout that matches or exceeds those of rivals in both capability and disposability.

And it means the Marines are now much closer to Commandant Neller’s vision of a drone in every squad.

With a wingspan of 4.5 feet and a weight of 4.2 pounds, the hand-launched Raven provides aerial observation, day or night, at line-of-sight ranges up to 10 kilometers. The Raven, now available with an optional stabilized gimbaled payload, delivers real-time color or infrared imagery to the ground control and remote viewing stations. 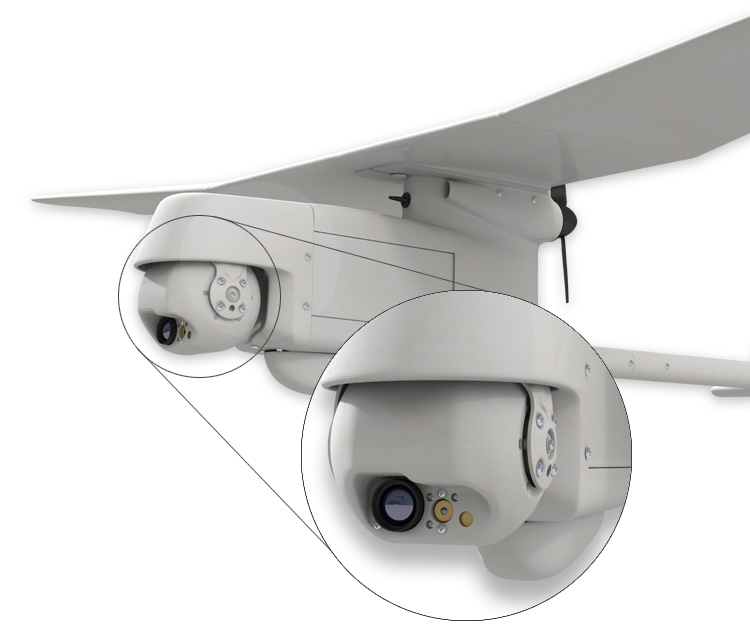 Marine Corps Commandant Wants A Drone In Every Squad

What distinguishes the wars of the 21st century from the wars of the 20th, or any century prior? So far, it isn’t the venue, the countries involved, or even the kind of fighting: Nations have fought against insurgencies since there were nations for people to rebel against. If there’s a dominant, distinctive trend in modern warfare, it’s the adaptation of new, especially commercial, technology to the battlefield.

To wit: Marine Corps Commandant Gen. Robert Neller said, according to the Marine Corps Times “At the end of next year, my goal is every deployed Marine infantry squad has got their own quad copter.”

Neller was speaking at the Modern Day Marine expo in Quantico, Virginia. As the [Marine Corps Times reports]:

“He would be the Marine that would fly the squad’s UAVs [unmanned aerial vehicles] and help the squad leader manage the information,” Neller said at the Center for Strategic and International Studies think tank. “We’re going to find out: Can the squad leader handle all of that.”

The basic unit of the Marine Corps since its inception, according to mythology as much as practice, is the rifleman. Rifles remain the standard infantry weapon of choice, but as battlefields have evolved and weapons technology with them, adding machine guns and grenade launchers as needed. The drone pilot, undoubtedly carrying a rifle as well, would add not a new weapon but a new set of information using the squad’s quadcopter (“Squadcopter,” if you will).

The military already has small drones, ranging from the palm-sized Black Hornet to the hand-tossed Raven. But these are either, in the case of the Black Hornet, mostly the domain of Special Forces, or like the Raven, kept at the Company level, and neither of these drones are cheap. Ravens cost at least $250,000 a system, when set up to military specifications.

Yet drones, especially ones deployed at the squad level, don’t have to be expensive. Commercial quadcopters and toy drones have seen use in the Ukrainian civil war, and there, soldiers trying to shoot them down with rifles.

If the squadcopter is there to scout in short flights, then small drones that fly for 20 or so minutes and stream video back to a pilot could likely do the job, and there are a bunch of drones like that priced around $1000. (Dronemaker DJI debuted one just this week). Neller’s ambition of a quadcopter for every squad certainly sounds ambitious, but it’s not out of the realm of possibility.

Even if the Marines don’t get a drone for every squad, they may someday have to contend with a foe that does. The Army is only just starting to look into anti-squadcopter defense. It would make a lot of sense for the Marines to start exploring how to use squadcopters on offense.