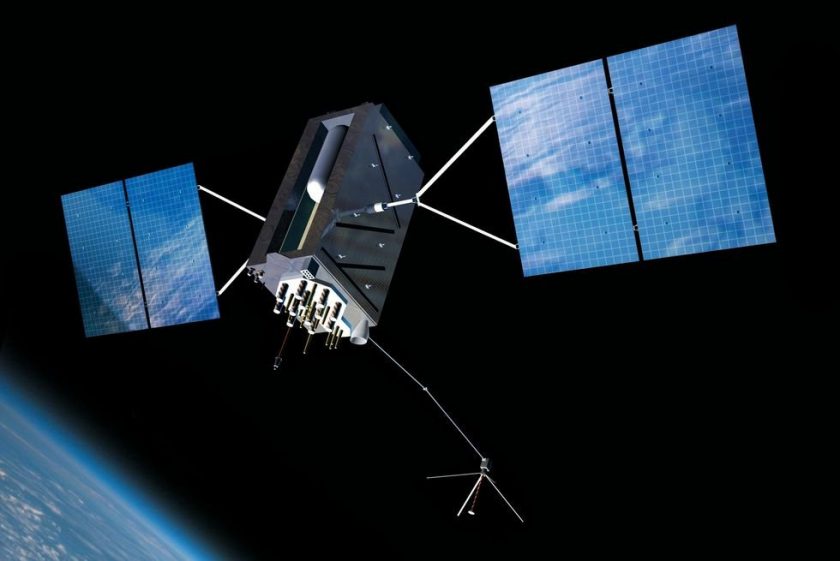 The U.S. Air Force wants 22 new GPS satellites that are built to resist jamming and electronic interference. The service expects to spend $2 billion on the new satellites for the GPS 3 constellation in the next five years. The production of all 22 satellites is expected to be worth as much as $10 billion, as reported by popularmechanics.com.

“The GPS 3 that we are moving toward is more jam-resistant, and it is intended to be able to operate in a contested environment,” Secretary of the Air Force Heather Wilson told reporters.

The constellation of 31 GPS 2 satellites currently in orbit will remain operational until at least 2021. The Air Force has already ordered 10 GPS 3 satellites from Lockheed Martin to start replacing the older GPS 2 network, with the first GPS 3 sat launching in March 2018 on a SpaceX Falcon 9 rocket. However, the Air Force has now decided it needs to quit buying up those GPS 3 satellites and go back to the drawing board.

As outer space evolves as a theater of war, the Air Force’s new priority for GPS satellites is hardening the electronics to resist jamming and other interference. Referring to China in her remarks, Wilson said it was “public knowledge that they can jam satellites,” and also mentioned a satellite-killing missile test China conducted in 2007.

Lockheed Martin will likely bid for the contract to build the new jam-resistant satellites, but other contractors like Boeing and Northrop Grumman are expected to toss their hats into the ring as well. Development of the new satellites is scheduled to begin in 2019 with the first new GPS 3 satellite delivered in 2026. The Air Force is calling this a “new start” for GPS 3.

The current GPS network, operated by Air Force Space Command, provides positioning services to billions of people around the world in addition to serving the U.S. Armed Forces. Other than the Roscosmos GLONASS network, the Air Force’s GPS 2 constellation is the only satellite navigation network with worldwide coverage. China is working to establish a GPS network of 30 satellites by 2020.

Increasingly, the Pentagon views these navigation satellites as a vulnerability. “I cannot think of a military mission that doesn’t depend on space,” Wilson said. “Our potential adversaries know it, and we need to protect those vital assets.”

From handheld Android phones strapped to the chests of special operators to precision guided missiles fired from ships and aircraft, military operations have never been more intertwined with space technologies. Making sure the global map of the battlefield is up and running is one of the Air Force’s top priorities.

CSAF Predicts War In Space ‘In A Matter Of Years’ 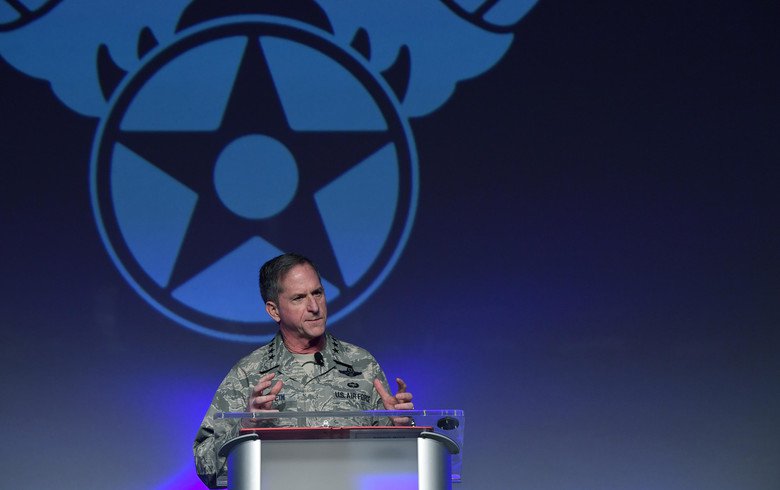 AFA ORLANDO: It is only “a matter of years” before the US fights “from space,” the Air Force’s top uniformed leader said here. With that stark prediction, Chief of Staff David Goldfein went on to press the famously plane-focused service “to embrace space superiority with the same passion and sense of ownership as we apply to air superiority today.”

Senior Air Force leaders have been saying for several years that space is central to the Air Force and must be taken seriously. But that rhetoric has ramped up considerably since Rep. Mike Rogers of the House strategic forces subcommittee raised the specter of a separate Space Corps, threatening the service’s dominance of the Pentagon’s space budget and personnel.

What has that driven the head of the Air Force to do here at the Air Force Association’s winter conference? Say things like this: “We are the service that must lead joint war fighting in this new contested domain. This is what the nation demands.”

Well, the nation may demand we fight effectively in and from space, but Congress can decide it doesn’t have to be the Air Force that does it. I found Goldfein’s comments especially intriguing because I pressed him in my interview at AFA to describe what the service would do to address Congress’ concerns and he offered few specifics. 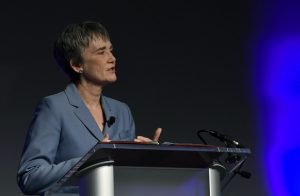 The service is offering the appearance of acting on space issues. Air Force Secretary Heather Wilson said in her Thursday keynote here that she’s considering a reorganization of the legendarily stovepiped Space and Missile Systems Center, the folks who manage development and procurement of Air Force space systems. “We have to figure out how do we move more quickly, how do we spin on from commercial space?” she said.

But SMC has endured more than a decade of criticism since the period when space acquisition was, inarguably, broken. (Sorry, Gen. Lance Lord. It was broken when you said it wasn’t, and it’s a bit wobbly again.) Space acquisition improved considerably in execution, but there weren’t many new programs started (at least not that we knew about). Now we face a resurgence of space weapon acquisition, with new missile launch detection satellites likely, the still nascent move from buying rockets to buying launch services, increased numbers of satellites that appear designed for space situational awareness, and, of course, the whole move to smaller satellites.

Will these Air Force declarations be enough to fend off an increasingly likely move by Congress to fundamentally change who does what in space for the military? They’ve already told the Deputy Defense Secretary to recommend who should oversee space acquisition, embodied in Major Force Program (MFP) 12. The NDAA Conference Report bars both the Air Force Secretary and the Pentagon’s head of intelligence, the undersecretary of defense for intelligence, from that role.

In addition to all that change, the NDAA charges a Federally Funded Research and Development Corporation (FFRDC) “affiliated with the Air Force” with analyzing the benefits and drawbacks of creating the Space Corps. So expect Congress to watch like a hawk every utterance and action by Wilson, Goldfein and Gen. Jay Raymond — head of Air Force Space Command and now the four-star Joint Force Space Component Commander — as they shape the 2019 NDAA.