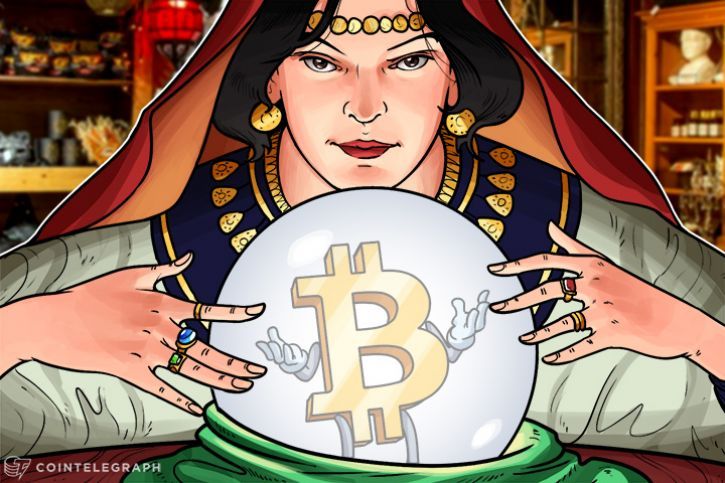 “My crystal ball is as good as yours.”

Following a volatile few days in the crypto markets this week, with Bitcoin (BTC) dipping below $7000 for the first time since November, 2017, several crypto experts have predicted an overall bull run. Experts told CNBC today, Feb. 7, that the total market cap of all cryptocurrencies could reach $1 trillion and that BTC itself could hit $50,000 by the end of this year.

Jamie Burke, CEO at Outlier Ventures, Europe’s first Blockchain-based incubator, told CNBC that the predicted bull run will be followed by a general settling down of the market:

“We believe after February the market will likely go on a bull run comparative if not greater than last year potentially reaching the trillion-dollar mark before a proper crypto winter sets in where the market becomes more focused on proper market fundamentals.”

Thomas Glucksmann, head of APAC business at Gatecoin, sees regulation, the introduction of institutional capital, and technological advances like the Lightning Network as the main factors in rising cryptocurrency prices. He told CNBC over email:

“There is no reason why we couldn’t see bitcoin pushing $50,000 by December.”

Back in April 2017 when BTC reached a former high of $1,300, Glucksmann had commented on the connection between the price jump and the start of the US Securities and Exchange Commission’s (SEC) month-long review of the Winklevoss twins Bitcoin ETF proposal.

The joint SEC and The Commodity Futures Trading Commission (CFTC) hearings held yesterday, Feb. 6, on their roles in the cryptocurrency sphere may have helped cause the market to see substantial rebound today, Feb. 7.

Glucksmann also wrote that a possible element in market growth going forward could be the release of a cryptocurrency-based ETF, similar to when BTC’s price shot up to $16,800 in Dec. 2017 after the CBOE’s futures launch:

“One possible appetizer for the bulls, or the catalyst for the recovery, will be the release of another cryptocurrency backed instrument listed on a major exchange. There are several candidates in the pipeline, it’s only a matter of time until we have a cryptocurrency backed ETF (exchange-traded fund).”

Utility tokens like IOTA, NEO, and Ethereum are also something to watch in the coming months, CEO of Hercules Tech Mick Sherman told NBC:

“Utility tokens and assets with a working platform and a clear-cut reason for requiring both a blockchain and their own token, are more likely to appreciate in value this year. Some of these cryptoassets will not be used for years, meaning they have no utility value.”

Ran Neuner, host of CNBC’s show CryptoTrader, has pinned his Feb. 1 tweet that predicted Bitcoin hitting $50,000 at the end of 2018: