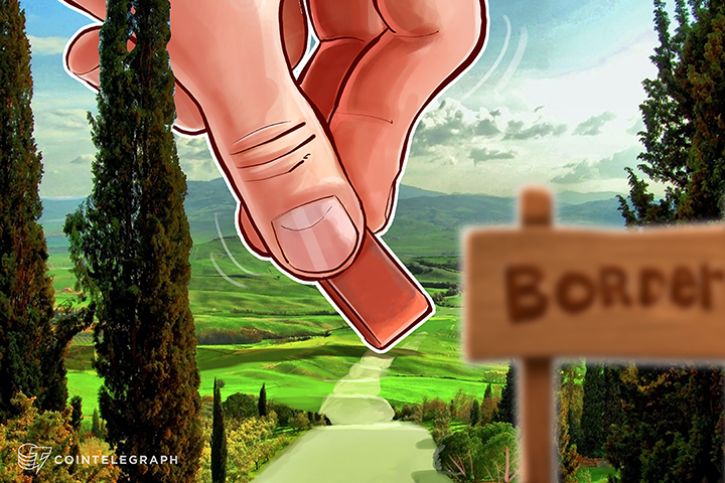 One week ago Belarus President Alexander Lukashenko signed the Decree “On Digital Economy Development” that legalizes ICO, cryptocurrencies and smart contracts. Two months ago the Republic of Abkhazia announced its plans to raise $1 bln in an ICO. Abkhazia followed Venezuela, the first country to consider crypto as a funding mechanism, with its well-publicized plan to roll out an oil-backed token called “Petro.”

Puerto Rico has had an awful decade and its government is more than $70 bln in debt. Recently cryptocurrencies’ capitalization was around $400 bln, now – more than $500 bln. What about ICO for $70 bln to make “crypto valley” in the US there?

In 1996, one of the founders of the Electronic Frontier Foundation, John Perry Barlow, wrote “A Declaration of the Independence of Cyberspace.” A seminal text for its time, it says:

“Cyberspace consists of transactions, relationships, and thought itself, arrayed like a standing wave in the web of our communications. Ours is a world that is both everywhere and nowhere, but it is not where bodies live.”

Estonian e-government services can be run from anywhere. In the old days, a government in exile would quickly lose legitimacy. Sheltering in another country, it would lack the infrastructure to do its work. But today an Estonian government in exile could just carry on. It helps to clarify the differences between a nation, a state and a geographical country.

In general, a nation is a group of people within an area who perceive themselves as a unique entity, a country is that geographical area itself, and a state is a set of political organizations that those people agree to adhere to. By disconnecting the Silicon-based functions of the state from the actual soil-based country, Estonians are protecting their nation. But it’s more than that. Estonians are successful in their efforts and they can build a digital state infrastructure that can be hosted anywhere. It doesn’t have to be an officially recognized state – if we can deterritorialize a state, could we perhaps “state-ify” a nation? It could be backed up and turned off, reduced to a suitcase full of hard drives, only to boot back up again when the time is right.

You are probably familiar with SaaS – “software as a service.” It’s basically paying for software/hardware as you use them, rather than buying them. These services used to cost you a lot, but are now free or near enough. That’s where governance is going. Government services could become plug and play apps you stitch together to suit your business or lifestyle. There’s no logical reason why governance shouldn’t be delivered as SaaS (CaaS).

The most interesting (and promising) Blockchain-related industries are strictly outside of the cryptorealm – they include solutions for healthcare and logistics, land sale support, governmental and corporate workflow solutions.

Estonia, a global leader in e-government, has recently launched a unified medical record database, accessible to hospitals and insurance companies, in partnership with the Blockchain startup Guardtime. Prescrypt works along the same lines in partnership with SNS Bank and Deloitte in the Netherlands, BitHealth – in the United States.

Swedish government together with ChromaWay and a partner bank is going to test Blockchain smart contracts for the land registry, to simplify life of buyers, sellers, and banks, using land as collateral on a regular basis. BitFury launches a similar initiative in Georgia, whereas BitLand enters Ghana and Honduras (and have plans to expand to Nigeria and Kenya). UAE launches Blockchain strategy to become paperless by 2020.

The state of Delaware, hosting numerous companies from other states and countries, is to introduce a Blockchain-based system of company registration, an issue of shares, recording of Board Resolutions, redistribution of shares as a result of purchase and sales transactions. British Everledger assists banks, insurers and open marketplaces in a reduction of risk and fraud by digitally certifying diamonds, art objects and high-end bottles of wine.

In comparison with the current focus on ICO-backed startups investments into Blockchain-based GovTech startups (to support their growth and building of the ecosystem of such services) looks very promising:

Governance is the next big thing for ICOs and Blockchain world. This new ecosystem, such “borderless country in the cloud” could be like creation of Israel 2.0. Anyway, it seems short-sided to talk about geographical borders in the modern online-world, especially in terms of decentralized economy and Blockchain-community.

“*All* crypto communities, Ethereum included, should heed these words of warning. Need to differentiate between getting hundreds of billions of dollars of digital paper wealth sloshing around and actually achieving something meaningful for society.” 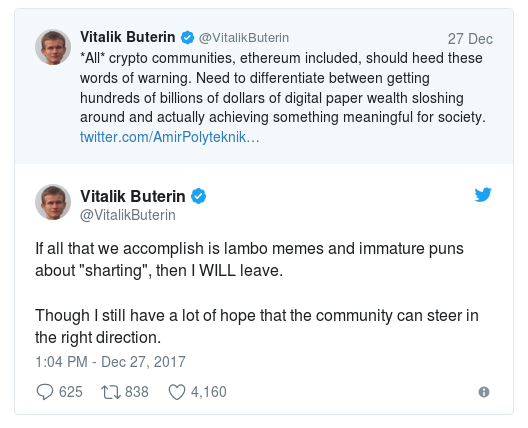 Maybe it is the right moment for him to become a real “digital Lenin” (as many journalists named him) – and to create this new country?