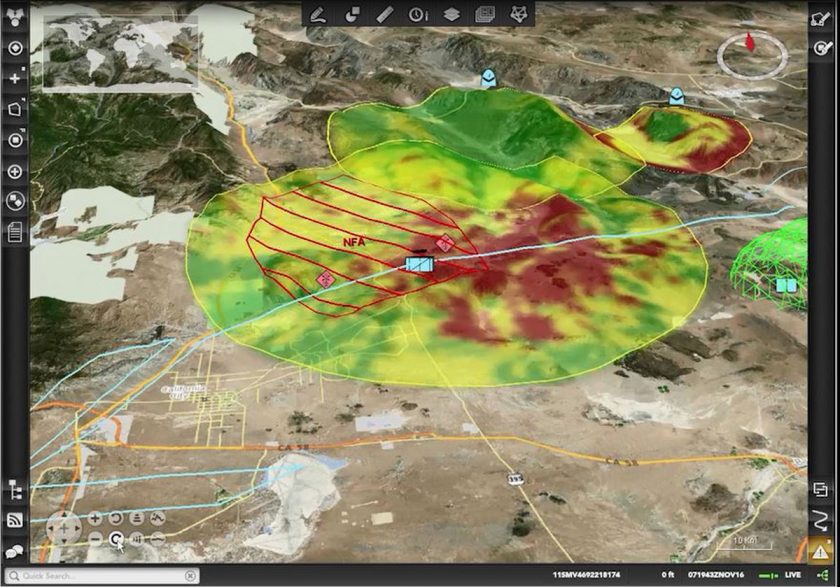 When Army leaders in Europe needed advanced electronic warfare capabilities, they decided they couldn’t wait for years under the current trajectory of the Army’s official program schedule.

Instead, they asked the service to develop a faster solution, one that’s now known as Raven Claw 1 and incorporates facets of the existing program called Electronic Warfare Planning and Management Tool. The latter is a command-and-control planning capability that allows commanders and soldiers to visualize what the effects of electronic warfare will look like in the field on a screen.

By responding to battlefield needs that pop up outside of the traditional acquisition cycle, the Army believes it can accelerate the development of the EWPMT program, and in the process, provide a road map for how the service might improve acquisition.

The change is especially important as the Department of Defense looks to counter Russian forces and their unique threat in the electromagnetic spectrum.

Russia has showcased advanced skills in jamming and targeting within the radio frequency environment leading some top Army leaders to assess the United States is “outgunned by peer and near-peer competitors.”

[US is ‘outgunned’ in electronic warfare, says cyber commander]

U.S. forces in Europe want to keep pace with this threat and asked for an advanced tool to understand the electromagnetic environment.

However, the current program trajectory of EWPMT did not line up with their needs. The EWPMT program has four software capability drops planned incrementally over the next several years. The first capability drop is fielded to three brigade combat teams. It is expected to provide a visual of

Now, to meet those needs, the Army plans to jump directly to the third set of capabilities in EWPMT, Maj. Gen. John Morrison, commander of the Cyber Center of Excellence, said during a panel at an AUSA hosted event in Arlington, VA Dec. 13.

In the meantime, Raven Claw 1, a capability that includes EWPMT capability drop 1 along with additional electronic warfare asset control and enhanced situational awareness, will field to Europe in January, Col. Marty Hagenston, the project manager for electronic warfare & cyber at PEO-Intelligence Electronic Warfare and Sensors, told C4ISRNET in an interview.

“The big takeaway from the [U.S. Army Europe operational needs statement] is the direct connect to sensors on the battlefield to get that situational awareness or understanding of the electromagnetic environment,” Dorrer added.

The Army has acknowledged in recent months that it has to do a better job buying and developing systems and leaders have said big changes inside the large organization to buy smarter and faster are underway.

[Army’s new cyber requirements will be based on battlefield needs]

While leaders have been vague on details of the new acquisition strategy and instead used mantras such as “adapt and buy” and “buy, try, decide,” the service’s new approach with EWPMT is providing a potential road map for how it will do business differently going forward.

Hagenston said the capabilities developed for EWPMT for Europe can feed back into the program. In this case, he said the Army is leveraging the program to develop a quick reaction capability instead of the inverse, which is how it is typically done.

While noting that Army leaders have yet to make a decision, Hagenston said as Raven Claw 1 moves into operations, the question is if the Army will continue fielding EWPMT capability drop 1 or replace it with Raven Claw 1?

In addition, the Army isn’t projected to make a fielding decision on EWPMT capability drop 3 until 2020, while a similar capability in Raven Claw 1 is going to Europe next month.

“The appetite for long programs is over,” Hagenston said. “Headquarters Department of the Army, the users, everybody, the chief specifically, [have said] we can’t do that. We’ve got to make sure that we take advantage of all opportunities to get capability out as soon as it’s ready and as quick as we can. An operational needs statement and leveraging Rapid Capabilities Office funding allows us those opportunities to do that and in this case it leverages a good solid base program to spring board off of.”

Hagenston said this approach is likely going to be the new normal across the board for the Army. “Being able to go quickly, try before you buy,” he said. With the U.S. Army Europe operational needs statement, capability, “if we find some challenges with it, wow we’ve tried it, we need to adjust it, before we field it to the big Army, we’ll adjust it so it buys down huge risk for the Army across the board.”

“Reduce cost, increase operational effectiveness against an immediate operational need,” Morrison said. “That’s the kind of processes we want to put in place.”