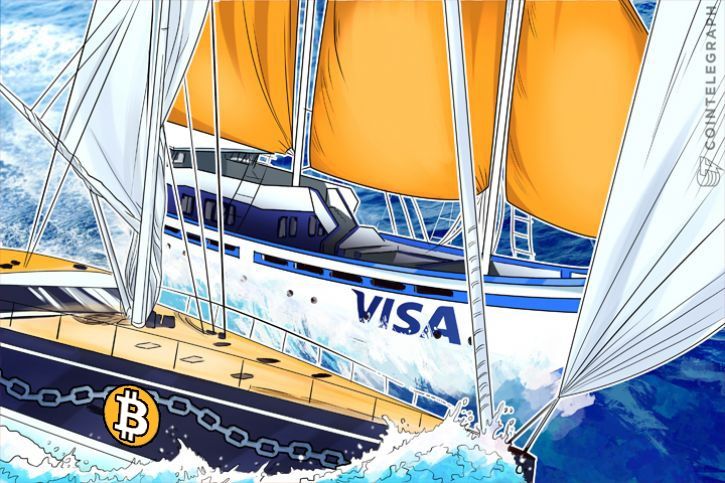 So, do you realize NOW we are onto something really big here?

Bitcoin has sustained its phenomenal rise and already surpassed the $18,000 per token level as of Dec. 7, 2017.

Because of this, the leading virtual currency’s market capitalization (cap) has also swelled to a new record high of $305 bln, surpassing that of payments technology firm Visa, whose market cap is currently pegged at $254.74 bln.

In his tweet, Pension Partners Director of Research Charlie Bilello said that Bitcoin’s cap has already surpassed that of Visa’s. Visa is currently the biggest electronic payment processor in the world with a revenue of $8.9 tln and 141 bln transactions annually. 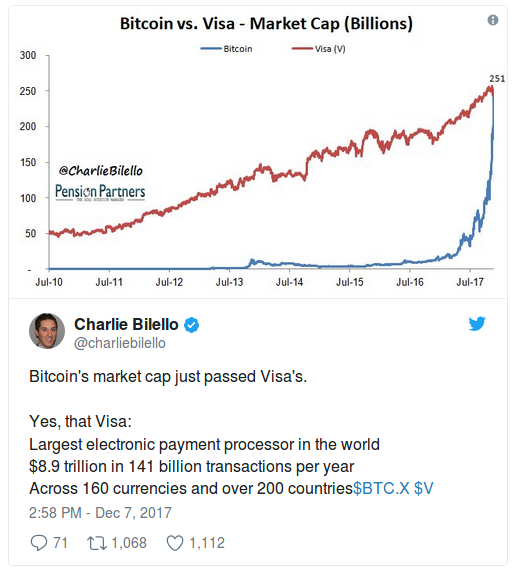 With its continuous phenomenal rise in the past few days, a growing number of people are paying increased attention to Bitcoin. Due to its constantly changing price increases, it has already become hard to keep monitoring the price of the cryptocurrency. It seems that in just a split second, the price crashes through another milestone to post yet another record high.

Majority of the players in the industry also agree that the upward trajectory of Bitcoin’s price will continue in the near future.

Because of Bitcoin’s phenomenal growth, major players in the financial industry are slowly turning to the virtual currency to benefit from its popularity. Among the players are the Chicago Board Options Exchange (CBOE) and the CME Group, which already announced that they will be separately launching Bitcoin futures products within the next few weeks. These moves are expected to further propel Bitcoin’s price to new record highs.