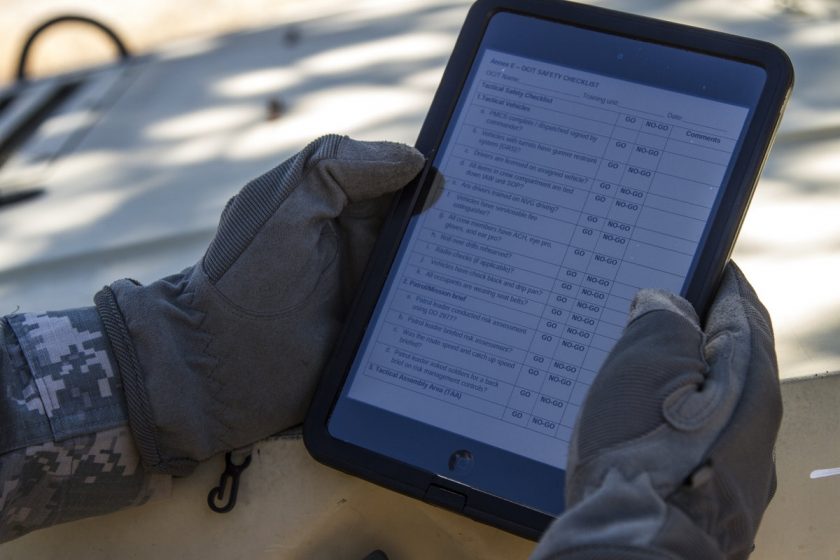 Bumping into other pedestrians on the street while staring at your cellphone is merely a rude inconvenience.

In a battlefield setting, it could be deadly.

The Army is trying to prevent such a phenomenon by providing tablet data in soldier’s helmets.

The tablets, known as Nett Warrior systems, often provide the location of friendly forces and other mapping data. Now that information is being moved to a heads up display available with a soldier’s helmet. This would allow soldiers to look forward and on alert as opposed to focusing, head down, on a tablet.

What the Army wants to prevent is what is sometimes pejoratively termed the “Nett Warrior stare.”

Nett Warrior (NW) (formerly known as the Ground Soldier System) is an integrated dismounted leader situational awareness (SA) system for use during combat operations of the United States Army.

“We’re looking to put some of that information onto an augmented reality suite so the soldier is not looking down — they can concentrate and look down range.”

Gary said the Army wants to display that data in an augmented reality suite so the solider is not looking down and instead can concentrate down range.

The key is not to overwhelm soldiers with too much data, officials explained to C4ISRNET. While the Army is looking to provide a variety of mission command information to soldiers within these heads up displays, leaders want to allow soldiers to selectively choose what information is most critical to them.

The ability to display information on a soldier’s helmet through heads up display is expected to transition to the program executive office community in 2019.