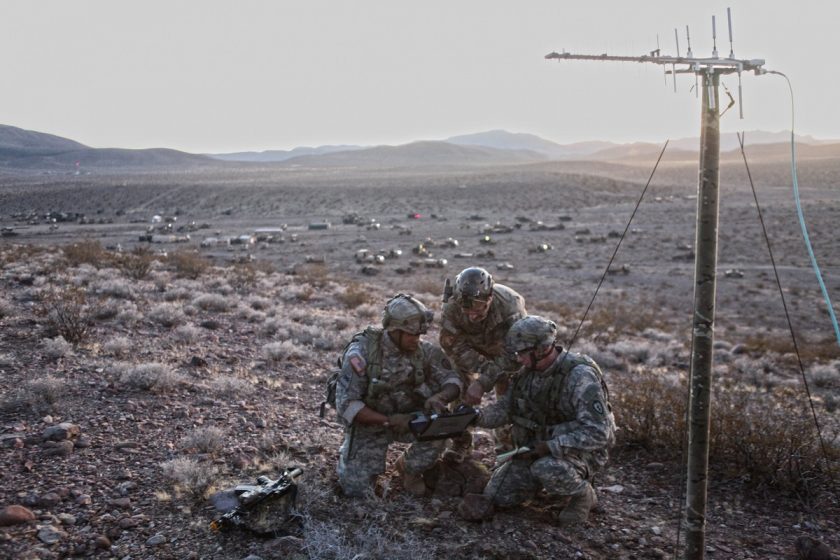 The electromagnetic spectrum has become increasingly important to the Defense Department as adversaries seek to jam friendly signals or seize portions of the spectrum to prohibit its use by others.

While the individual services have turned to battle management systems to operationalize the EMS, the joint community has begun publicly discussing the need for its own electromagnetic battle management, or EMBM. Such a system would allow commanders in a conflict to craft more strategic plans than the service-level EMBM systems provide.

The EMBM will be resident in what top levels of the Defense Department are calling joint electromagnetic spectrum operations, or JEMSO.

The system may also include new JEMSO cells at all the combatant commands.

JEMSO cells will be “a standing 24/7 body that assists the combatant commander in using the [electromagnetic spectrum] as a maneuver space to carry out his or her strategy,” Stephen McNamara, technical director of the Joint Electronic Warfare Center within Strategic Command, said during the Association of Old Crows Symposium last week.

JEMSO is more than situational awareness and coordination, McNamara said. In a conflict these activities will produce target nominations for non-kinetic or kinetic fires as needed while also feed information back for current and future planning operations.

All these functions will enable a JEMSO cell to advise the joint task force and component commander to decide and act in the electromagnetic spectrum, he said.

The Army’s program of record, called Electromagnetic Spectrum Planning and Management Tool (EWPMT), is a command-and-control planning capability that allows commanders and soldiers to visualize and thus plan out what electronic warfare effects will look like in the field if employed via a graphical user interface

The Marine Corps is working on a similar system developed in cooperation with the Defense Advanced Research Projects Agency called Radio Map that seeks to provide real-time awareness of spectrum use across frequencies, with a goal of mapping an accurate picture of spectrum use in complex environments

The services are providing input and the joint community is working with them as they go through the Joint Capabilities Integration and Development System and the EMBM initial capabilities document.

“Having the service involved is obviously critical,” William Conley, deputy director of electronic warfare for the Pentagon’s acquisition chief, said during the same panel discussion.

Already, a wide variety of programs are performing tasks that EMBM could handle he said referencing EWPMT and Global Electromagnetic Spectrum Information System from DISA. The key, however, is ensuring how necessary data is being shared.

Conley noted that the first potential changes to the budget for such an initiative will likely appear in the fiscal year 2020 budget.