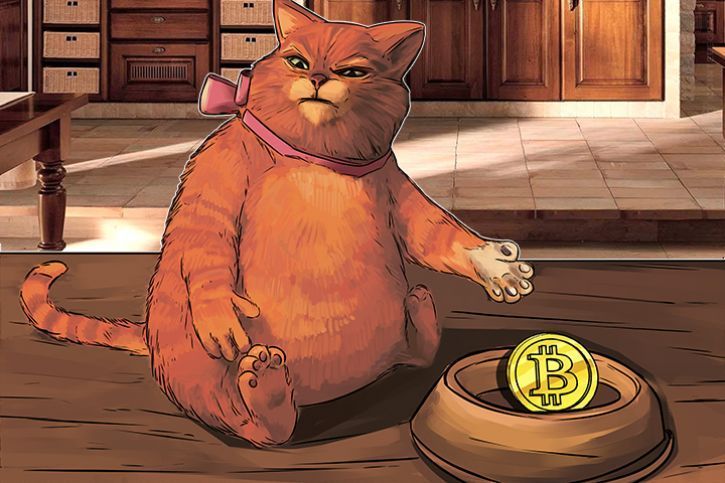 Bitcoin is now the sixth most circulated currency in the world, behind five super powers, and outranking the Pound, the Ruble, and the Won, according to the Bank for International Settlements. The figure is based on a value of Bitcoin at $10,765 each, meaning that the total value of all Bitcoins in circulation is $180 bln.

While the number is substantial, should Bitcoin rise to $15,000, it will overtake the next highest circulating currency, the Rupee. The other four currencies outranking Bitcoin are the Yen, Yuan, Euro, and Dollar, all of which have dramatically greater levels of currency in circulation (the Dollar, for example, stands at $1.4 tln).

Not to be outdone

Other cryptocurrencies are also following suit, with Ethereum ranked at #17, and Bitcoin Cash at #20. Ripple falls just outside the top 20. However, both BCH and XRP are still above both the Krona and Rand for total circulation.

These numbers are, of course, somewhat skewed, because the value of notes in circulation is not reflective of the total value of a currency. Nevertheless, the numbers reveal the substantial power of Bitcoin in terms of currency interactions.

The chart above shows the value of various world currencies based the value of notes and coins in circulation.

At Bitcoin’s current price of $10,765, the total value of all Bitcoins now stands at $180 billion. This makes it the world’s 6th most valuable currency, with a greater value than all UK Pound Sterling notes and coins in circulation.

Here are some other interesting findings:

The 11-20 Most Value Currencies By Circulation 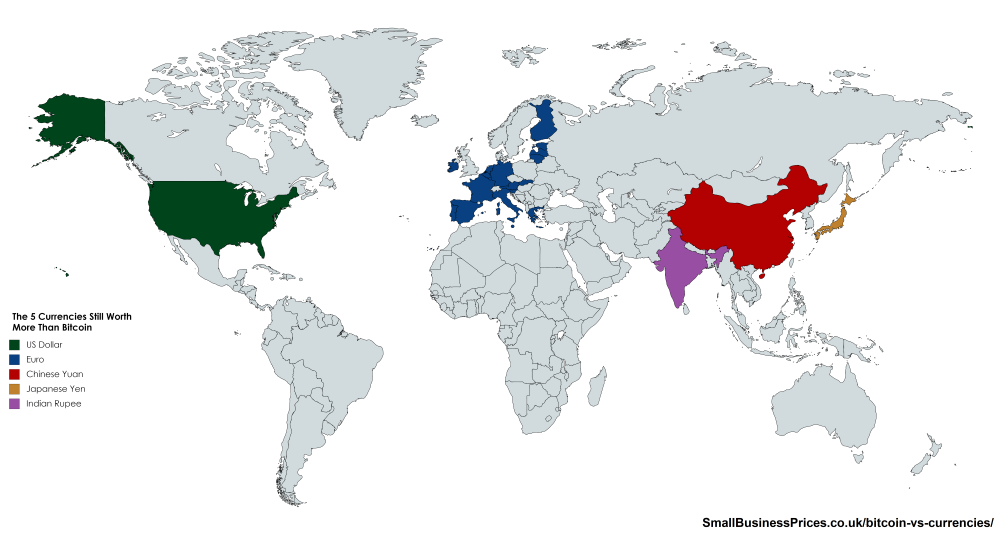 Map of The 5 Currencies Worth More Than Bitcoin

Notes about the data: The data for current cryptocurrency prices and total market cap come from Coinmarketcap.com.

The data for the value of various currencies in circulation comes from the Bank for International Settlements’ Statistics on payment, clearing and settlement systems in the CPMI countries report, published in September 2016. The data is from 2015, so may no longer be 100% correct today. The value for China is an estimate only, and comes from Wikipedia.

It should also be noted that the value of banknotes and coins in circulation is only a small fraction of the total value of a currency. Depending on the country this can the same as the M0 Money Supply.