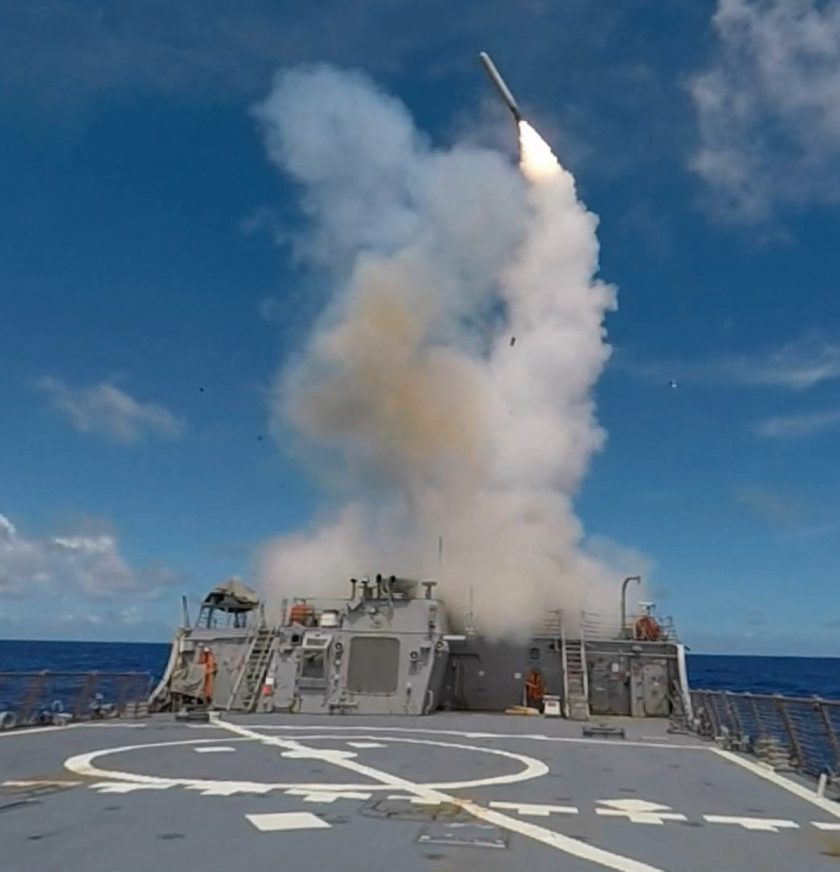 The missiles’ control system carries out a range of sophisticated tasks including precision targeting, route planning and in-flight retargeting. But, historically, these systems have been difficult to use. Planners say the system upgrades have streamlined the user interface considerably.

“It has been significantly simplified to improve task workflow,” Johnson said. “In the past you had a lot of windows open, you had a lot of data fields to fill out. Now you follow a color code, it pre-populates some of the blocks, it makes the whole experience quicker and reduces the chances of error.”

Rather than search the system, the user can fill in a single field and then follow a color-coded sequence of actions, each step leading sequentially to the next.

To make the process even easier, engineers consolidated two elements – the Tactical Tomahawk Weapons Control and the Theater Mission Planning Center (TMPC) – into a single component, requiring just one computer instead of two.

“Now they both can be accessed from the same workstation,” Johnson said. “The operator can log onto the system from a single console. He doesn’t have to get up and move to another workstation. Combat is very busy, and we want to make that flow as easy as possible.”

Combining these systems reduced the hardware footprint by 20 percent, a bonus for space-constrained vessels. “That is prime real estate that could be used for other systems,” Johnson said.

Even as they simplified the end-user experience, planners sought to shore up the system’s cyber defenses as well. They also sought to ensure the missile control capability was hardened against possible electronic attack.

“What we had before was a DoD-approved, cross-domain solution based on a really old operating system,” said Chief Engineer Kappy Kaplan. “Penetration tests couldn’t get through that system, so we didn’t feel that we were vulnerable. We wanted to be sure that we felt at least as secure when we phased in the new hardware.”

To that end, the team employed two key cyber concepts: defense in depth, and zone-based security.

“Defense in depth is a layered approach to security. If you have to protect a network you build a series of defenses such that if once mechanism fails there is another in pace,” Johnson said. “The zone-based security divides what you are protecting into zones with different rules applied to different zones.”

In addition to installing the system on new vessels, the Navy also has begun to roll out the weapons control system as a retrofit to existing vessels. This work presents a unique set of challenges, especially on older ships where space is tight.

Eager to get the new capabilities out to the fleet, planners implemented an accelerated methodology for testing. They have followed commercial trends such as agile software development, where partially-completed code is tested iteratively and corrected on the fly.

Such early integration testing “has allowed us to conduct tests earlier in the process. It has allowed us to identify deficiencies earlier, and to remediate those in the software,” Johnson said. “It’s all about how we get things to the fleet quicker.”