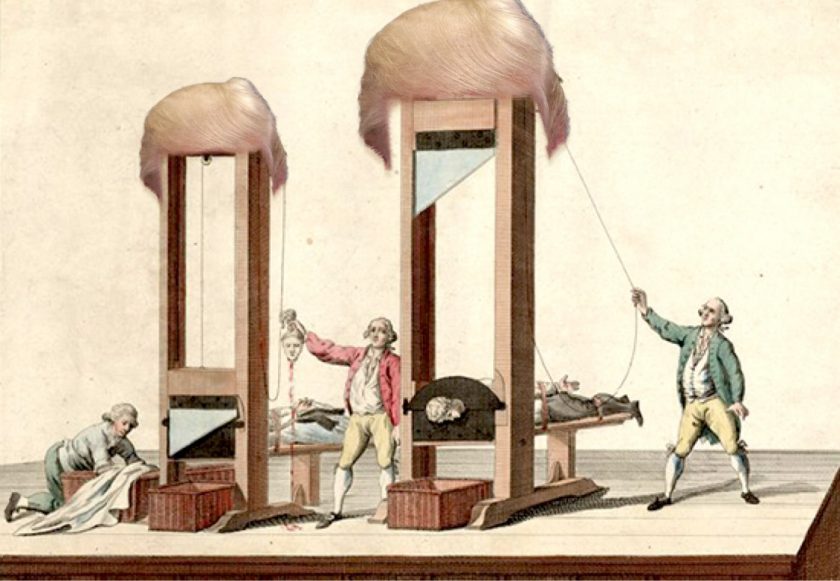 In 1936, John Maynard Keynes suggested that a fair economic system would lead to “the euthanasia of the rentier, and, consequently, the euthanasia of the cumulative oppressive power of the capitalist to exploit the scarcity-value of capital” — implying that we have a choice between fairness and extreme wealth, and that the two couldn’t peacefully co-exist.

Lurking in the back of the minds of the super-rich, and in the share-price of surveillance/control businesses like Palantir and G4S is the fear that one day, the world will come to realized that Peter Thiel was right when he declared that the “freedom” to be a ruthless exploiter plutocrat was not “compatible” with democracy, and decide to opt for the latter (Thiel, meanwhile, seems to plump for the former).

Now, the Republican Party is pushing for a tax-plan that rewards literal idle wealth, windfalls to fund share buybacks and other nonproductive financial engineering, millions for the children of the richest 0.2% of Americans, while making it impossible for all but the wealthiest to go to grad school, cutting funds for rural people suffering from opiod addiction, cutting health-care for 9,000,000 poor American children; raising tax on the dwindling middle class, raising tax on home-ownership, cuts funding for health care for the poorest Americans across the board, cuts benefits for veterans, adds 1.5 trillion to the debt.

Candid Republican lawmakers have admitted that they feel they must transfer trillions to the richest Americans or face the end of their political careers as their campaign contributions dry up.

But as wave after wave of revelations come about the impunity with which the super-rich dodge taxes and cram the American worker, the euthanasia of the rentier is gaining traction.

A senior Wall Street exec — anonymous, for obvious reasons — told Vanity Fair‘s William Cohan that they feared that passage of the GOP’s tax plan would be the final straw that collapsed the whole Reagonomic, neoliberal consensus and triggered a new growth industry for guillotines. In part, that’s because the plan is so economically incompetent that it will inevitably usher in a horrific recession that will batter the Americans who are still trying to recover from the last finance-industry-triggered econopocalypse, with a new housing crisis, a tax disaster in populous “blue” states like New York and California, a collapse in consumer confidence and spending, and worse.

Other CEOs have gone on the record, calling the Trump plan a “tax cut” not “tax reform” with the super-rich as the prime beneficiaries, and no reason to believe that the cuts will be accompanied by higher wages, better jobs, or more investment in the US.

If Cohn were being more honest, he’d admit what most chief executives are saying privately, and some publicly. “The Trump team is arguing that massively cutting taxes for corporations will somehow translate into significant wage increases for working people,” David Mendels, the former C.E.O. of publicly traded software company Brightcove wrote last week. “This argument fundamentally disregards everything we know about how companies actually decide to hire and how much to pay their employees. As a C.E.O. (and in previous roles) I was involved in hiring and determining salaries for thousands of people over 25 years. From real-world experience I can tell you that tax rates literally never came up in any discussion about hiring or pay levels.” Occam’s razor, he added, is the best rubric to predict what will happen when you give investors more money in the absence of increased demand: they’ll keep it.

Howard Schultz, the billionaire executive chairman of Starbucks, was more blunt: “This is not tax reform,” he said at the DealBook conference in New York last week. “This is a tax cut. It’s fool’s gold that he wants to take the corporate tax rate from 35 percent to 20 percent. For what purpose? Is that profit going to go back to the people who need it the most? Is that going to help half the country that doesn’t have $400 in their bank account for a crisis? No.”

Executives know there’s no mechanism in the G.O.P. tax plan to reward them for passing those savings along to their employees, who Paul Ryan has estimated would get an average $4,000 raise (over a decade) as a result of corporate largesse. The labor market has tightened considerably—the unemployment rate is at a 15-year low—and the stock market is starting to level off. The word on the street, though, isn’t that higher corporate profits will lead to higher wages; rather, it’s all about buybacks: Goldman says stock buybacks will hit $590 billion in 2018, while Merrill Lynch predicts half of all repatriated cash would go to buybacks or acquisitions. It’s a sugar high that might extend the market rally temporarily, but will deepen the rot in our economic cavity.