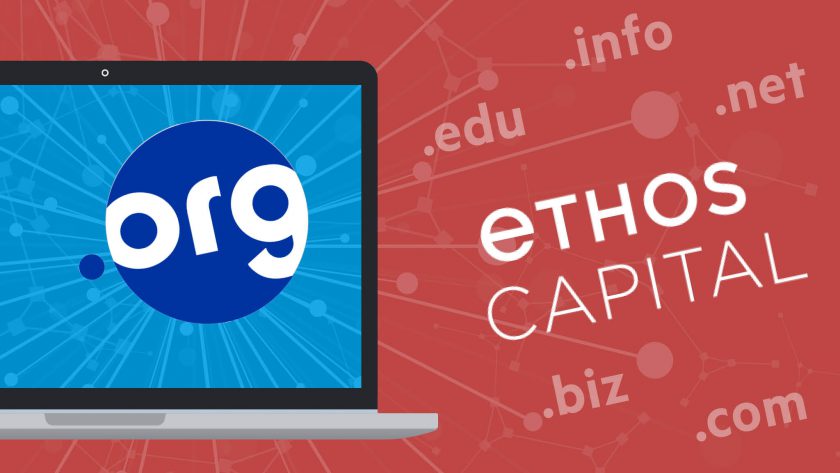 The old dream of an internet run in the public interest has long dissipated under pressure from huge corporations seeking to profit from what has become a worldwide information utility.

But one corner of the web seemed to maintain its character as a preserve for public service — the .org domain, which since its creation has been reserved for nonprofit organizations and has become something of a badge of honor of noncommercial activity.

That’s why many in the nonprofit world were startled by the announcement on Nov. 13 that the .org registry had been sold to a private equity firm, Ethos Capital. The seller was the Internet Society, a nonprofit that plays an important role in creating and maintaining internet engineering standards, but has been mostly the guardian of the .org domain. The price, as was revealed more than two weeks later, was a stunning $1.135 billion.

A private equity firm has an incentive to sell censorship as a service.

In the original announcement, Internet Society Chief Executive Andrew Sullivan called the sale “an important and exciting development” and described Ethos as “a strong strategic partner that understands the intricacies of the domain industry.”

Others are not so sure. Ethos didn’t even exist until earlier this year, and currently appears to have only two employees, including Erik Brooks, its founder.

Brooks listed his investment principles for me as “intellectual honesty, humility and respect and believing that prosperity can be built together.” But a week after the sale announcement, it emerged that the financial backers of Ethos included several firms with more conventional investment approaches, including funds associated with the families of H. Ross Perot, Mitt Romney and the Johnsons, owners of Fidelity Investments.

Brooks says Ethos is committed to running the .org registry in accordance with principles followed by the Internet Society, but hasn’t made that commitment in writing.

At stake are internet addresses ending in “.org” used by some 10 million organizations. The .org designation, or domain, is one of the oldest on the internet, along with .com (for commercial businesses), .edu (educational institutions), .gov (government agencies) and a handful of others.

It’s traditionally reserved for nonprofit organizations devoted to the public interest, such as the Red Cross, the Girl Scouts, and the United Way.

Not every dot-org meets the public service standard, since applicants aren’t screened. Websites for political fronts, such as the Koch network’s Americans for Prosperity, carry the .org label. So do sites for neo-Nazi hate groups.

But for the most part, organizations genuinely aimed at doing good tend to choose .org addresses. And, for that matter, so do Democratic and Republican party websites.

The domain holds a special place in the hearts of internet users; environmentalist and internet activist Jacob Malthouse calls .org a “digital Yosemite,” evoking the reverence naturalists such as John Muir felt for the real thing.

I’m very concerned about the sale of .org to a private company. If the Public Interest Registry ends up not being required to act in the public interest, it would be a travesty. We need an urgent explanation. #SaveDotOrg

During a recent online discussion on the sale, Jon Nevett, chief executive of the Public Interest Registry, or PIR, the Internet Society unit that manages .org and is the entity being sold to Ethos, called it “the crown jewel of the domain name system, full stop.”

The sale, which is expected to close in the first quarter of next year, could be derailed only by two entities. One is the Internet Corp. for Assigned Names and Numbers, or ICANN, the web’s Playa Vista-based governing body, which could rule on the transfer any day now. The other is Pennsylvania Orphans Court, which has jurisdiction because PIR is a nonprofit incorporated in that state.

In the meantime, the deal has drawn brickbats from several internet luminaries.

They include Tim Berners-Lee, the inventor of the World Wide Web, who tweeted that “it would be a travesty” if the .org domain were no longer operated in the public interest. Also weighing in was Esther Dyson, the founding chairwoman of ICANN, who tweeted that she was “appalled” at what she called “the great .ORG heist.”

The parties involved in the sale have tried to tamp down the controversy, without notable success. On Nov. 29, Sullivan and Gonzalo Camarillo, the Internet Society chairman, held a conference call with users to defend the deal.

That was followed by a web discussion on Dec. 5 hosted by NTEN, an advocacy group for nonprofits, at which Sullivan was joined by Brooks and Nevett.

Brooks said he was committed to operating PIR in the dot-org community’s interest but was vague about the “mechanism” that would be established to do so. He said Ethos would not be making its financial data public, unlike the Internet Society, which issues an annual financial disclosure.

The dot-org community has two main concerns about the sale. One is that Ethos will jack up the registration fee for .org websites, which is currently about $10 per year and has been subject to a traditional limit on increases of 10% a year.

More important may be Ethos’ ability to facilitate more censorship of .org websites by allowing third parties more latitude to object to content on those sites and prompt their shutdown.

“The .org registry is a point of control on the internet,” says Mitch Stoltz, an attorney at the Electronic Frontier Foundation, which has launched a campaign protesting the deal. “A private equity firm has an incentive to sell censorship as a service.”

Already, registrars of other domains have cut agreements with corporate players, such as the Motion Picture Assn. of America, giving them the authority to order shutdowns of sites they claim are infringing on copyrights without affording site owners the opportunity to appeal.

As founding chairman of #ICANN, I’m appalled… This is not what we were working for. ICANN races towards regulatory [and financial] capture: the great .ORG heist https://t.co/LvNYnsyEk4

Academic publishers such as Elsevier have won court rulings aimed at shutting down Sci-Hub, a web service that offers free access to copyrighted scientific research — but it’s up to registries to decide whether to comply with the court orders. And repressive governments such as Turkey and Saudi Arabia have worked through internet intermediaries to censor information on the web.

As the owner of the .org domain, Stoltz observes, Ethos could “enforce any limitations on nonprofits’ speech.” Since many nonprofit organizations “are engaged in speech that seeks to hold governments and industry to account, those powerful interests have every incentive to buy the cooperation of a well-placed intermediary, including an Ethos-owned PIR.”

Brooks said during the NTEN forum that Ethos would take steps to ensure that “.org is a domain that’s open and free and not curated or censored in any way, shape or form.” But he stopped short of agreeing to a legally binding undertaking.

Adding to misgivings about the sale is its chronology. Talks between Ethos and the Internet Society began only weeks after June 30, when ICANN removed price restrictions on the .org domain and made it easier for PIR to take down sites that were the subject of third-party complaints about content.

Brooks says the end of the price caps had nothing to do with the sale, which he would have pursued anyway. But the deal’s critics point out that nonprofits with .org addresses are a “captive audience” for the domain’s owner. Once an organization has begun operating as a dot-org, changing to a different domain would be horrifically costly. Followers would have to be notified of the internet name change, email addresses reconfigured, and so on.

That would give Ethos considerable latitude to raise prices, notwithstanding Brooks’ promise to limit increases to 10% a year.

Sullivan and Camarillo said in their conference call that they had not been planning to put PIR up for sale, but Ethos’ bid was so large “we couldn’t just say no without considering” it.

Since the announcement, Ethos and the Internet Society have been stingy with details of the deal and its goals. Only on Nov. 20 — a week after the sale was announced — did Sullivan reveal, in an email to insiders, that the financial backers of Ethos included Perot Holdings, which is the investment arm of the late Ross Perot’s family; FMR LLC, which owns Fidelity Investments and is privately controlled by the Johnson family of Boston; and Solamere Capital, which was co-founded by Tagg Romney, son of Mitt Romney (who was himself a Solamere partner until he joined the U.S. Senate this year).

One open question is what Ethos expects to gain from its purchase. Domain registries such as PIR are responsible chiefly for maintaining a database of registrations and collecting annual fees. That makes the job “pretty much a license to print money,” Stoltz says.

Will Ethos and its private financial backers be satisfied with running a demure internet registry in the public interest, as opposed to squeezing their $1.135-billion investment for every penny?

Brooks told me by email that he expects PIR to invest in “growth initiatives” to “provide Ethos with a good return on its investment.” Yet there doesn’t seem to be much scope for turbocharging demand for the .org domain, which largely sells itself. That means the opportunity for generating more revenue could hinge on raising the annual fee, unless the firm has other new ideas.

As for the Internet Society, its interest seemed to be stabilizing its finances by replacing the revenue from .org fees — which reached $44.4 million last year, about 85% of its total revenue — with income from a professionally managed $1.135-billion endowment. “Responsibly invested and managed,” Sullivan told listeners on the Nov. 29 conference call, the society could replicate its annual take from .org fees “in perpetuity.”

Sullivan’s words point to what may really be roiling the dot-org community about the deal. That’s the transformation of what was one of the last vestiges of the web’s image as a public utility managed informally in the public interest, immune from commercial or government control, into just another asset to be monetized.

During the conference call and in other forums, Sullivan and Camarillo talked about the need to “diversify” the Internet Society’s revenue stream rather than relying for revenue on “one company in one industry,” which made them sound a bit like the CEO of a washing machine company pondering whether to branch out into refrigerators and cooktops.

Commerce has infiltrated virtually every corner of the web except, up to now, the nonprofit corner represented by dot-orgs. The implication of the .org sale is that no piece of the internet is, in fact, immune from the world of getting and spending — everything is for sale, the public interest be damned.