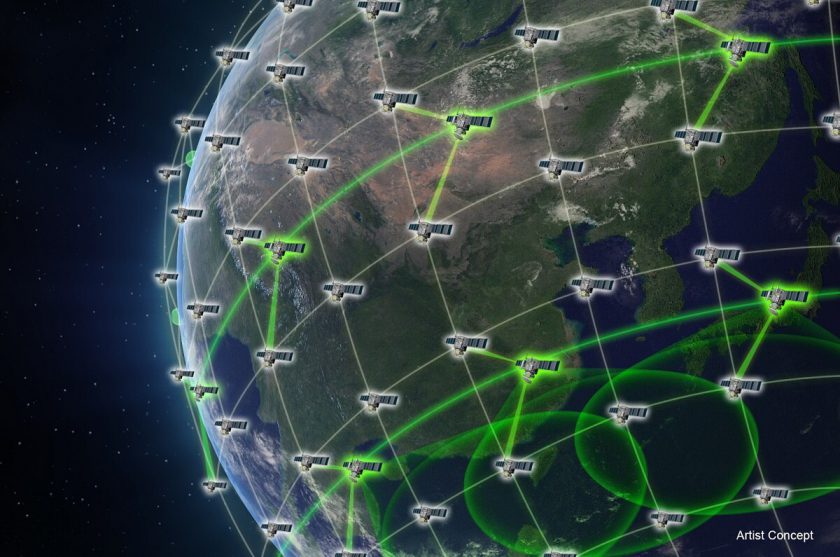 The Space Development Agency’s head says that position and timing data from low-Earth orbit satellites can be used to verify or replace GPS in denied or degraded environments. (DARPA)

The head of the Space Development Agency wants to use proliferated low-Earth orbit satellites for navigation when GPS is unavailable.

As adversaries develop tools that can jam or spoof Global Positioning System signals, the military has prioritized the development of alternative sources of positioning, navigation and timing data for the war fighter. Solutions range from using real-time drone imagery to chip-scale atomic clocks, but at the Association of the United States Army conference Oct. 16, Acting Director Derek Tournear threw out another idea: using the positioning and timing data of the hundreds of satellites his agency plans to put in orbit for navigation.

The SDA was established earlier this year to rapidly develop a number of capabilities in low-Earth orbit, and the agency’s current plan calls for hundreds of satellites operating in LEO serving a variety of missions, from hypersonic missile detection and tracking to finding and identifying objects in cislunar space. An important component of that architecture is a data transport layer providing a crosslink between satellites in orbit and then bringing that data down to the ground. According to Tournear, that transport layer could be used to transfer positioning and timing data to ground users from satellites without having another dedicated PNT satellite system in orbit.

“If you have this crosslink between satellites, you can do timing transfer. So, you have very good timing information at the satellite level. If you have open communication down to any system and you can see multiple satellites, that gives you another means to use your existing comms system to get navigation independent of any other user equipment,” explained Tournear.

Using the precise timing and positional information of those satellites in LEO, users could triangulate their position in GPS-denied or -degraded environments. It’s essentially the same way smartphones can use cell towers for navigation if they can’t get a GPS signal.

“If you turn off your GPS receiver on your phone, you will still get a navigation signal on your phone based on cellphone towers, because the cellphone towers know their position and they know exact timing, so they can triangulate your position,” said Tournear. “That is not a replacement for how GPS is used for worldwide PNT coverage, but it is another way to get assured PNT and another way to validate a GPS signal.”