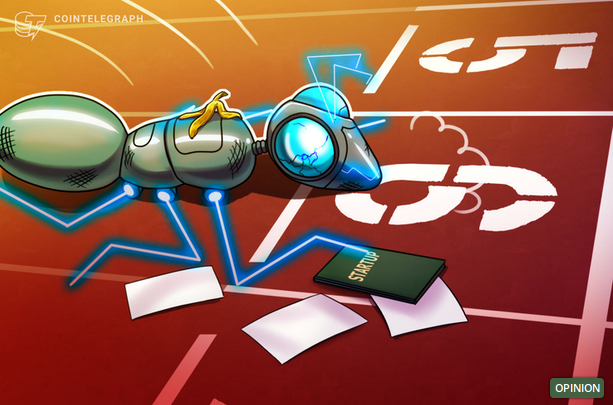 Galen Danziger is the chief technology officer of MouseBelt. MouseBelt is an ecosystem that promotes blockchain innovation by supporting hands-on development for the projects, individuals and emerging leaders that are pushing the industry forward.

It’s no secret that starting and successfully launching a blockchain project is hard. When it comes to an ever-evolving and complex technology, getting a project off the ground takes more than just a great idea — it requires a dedicated team with the vision, expertise and resources to succeed.

Blockchain has the potential to change the world, and there is no shortage of entrepreneurs and startups with the vision to move the industry forward. However, so much of this potential isn’t being realized because startups aren’t getting the support they need to succeed.

But before startups can get the resources required to propel the entire industry forward, it’s important to diagnose the underlying issues.

Above all else, I believe that the VC model isn’t working for the crypto industry because VCs simply don’t care enough about the projects in which they invest. Most of them pump in cash and stop there.

In the traditional VC world, it’s just a numbers game: Throw money at dozens of projects — often with no idea of how they work — then toss them off the deep end and wait to see which few survive. There is a heavy focus on cash but not enough on potential.

This hands-off approach is the opposite of what blockchain projects need. Projects need individualized attention to get from concept to launch. VCs need to do a better job of providing resources to truly help a project thrive, such as engineering talent, business counsel and educational materials. In a young industry that faces several challenges — including a lack of talent, barrier to adoption and regulatory uncertainty — projects need all the support they can get.

This might sound like hand-holding, but it’s important to remember just how new blockchain technology is. There isn’t a standard road map or an unlimited supply of talent to tap into it. Furthermore, some of the best ideas and projects I’ve seen are from young people and inexperienced entrepreneurs right out of college. They have big ideas but lack the experience or hard skills to fully execute them. If we can give them the resources and individualized attention they need, we can help execute these ideas.

There are 23 million software developers and 7.1 million JavaScript developers worldwide. Compare that to the number of blockchain developers as of late 2018: a little over 100,000. Seriously, that’s it.

Not only are new companies hiring from such a small pool of talent, but they are also competing with Fortune 500 corporations such as IBM, Ernst & Young and Oracle, all of which are hiring for blockchain positions.

And while VCs have plenty of money, they often lack blockchain-specific expertise, so they may not know what to look for in a project or how to properly gauge its chances for success.

What if, instead of just pumping in capital, VCs also provided the resources and knowledge to help see a project through? This would make a world of difference and put companies on the right track for massive growth and traction in the real world. The industry is already trending in this direction, with VC firms supporting startups by beginning to delve into the operation side of their businesses. We’ve seen this manifest through VCs helping companies with recruitment and operational talent, as well as by providing branding resources. The logical next step is to assist startups more actively by providing engineering, business advice and educational support.

Many blockchain startups fail because they simply take too long to build. We need to do a better job of getting companies on the right track for success quickly, before they lose momentum.

Money can help startups get going, but it eventually dries up — and this is directly correlated with the amount of time it takes a project to get up and running. If projects had engineering resources and expertise from day one, they could turn all their attention toward actually building their product, and save precious time and funds.

Blockchain technology is constantly evolving, and if startups aren’t building fast, they won’t be able to keep up.

So, where do we go from here?

While I’ve laid out several reasons why blockchain startups fail, I’m not naive — I know that many deserve to do so due to a faulty vision or poor execution. This is true for every industry, including blockchain. However, no other industry has the potential to change the world like ours does, which is why we can’t just let promising projects flame out due to a lack of support. There are projects, individuals and emerging leaders throughout the blockchain ecosystem that have the ideas to push our industry forward. It’s our job to make sure they get what they need.

The good news is that the blockchain industry is a tight-knit community that intends to make mainstream adoption a reality. Whether it’s blockchain accelerators working with companies to provide desperately needed resources or entrepreneurs helping to develop new talent, there are a variety of actors committed to the industry’s success.

As we look toward the future, we need VCs that will bring new expertise and resources to the blockchain space and a deeper understanding of how the industry works. Fixing this broken VC model is critical for the long-term success of blockchain, but as members of this community, it’s up to all of us to support and prop up the projects pushing our industry forward.