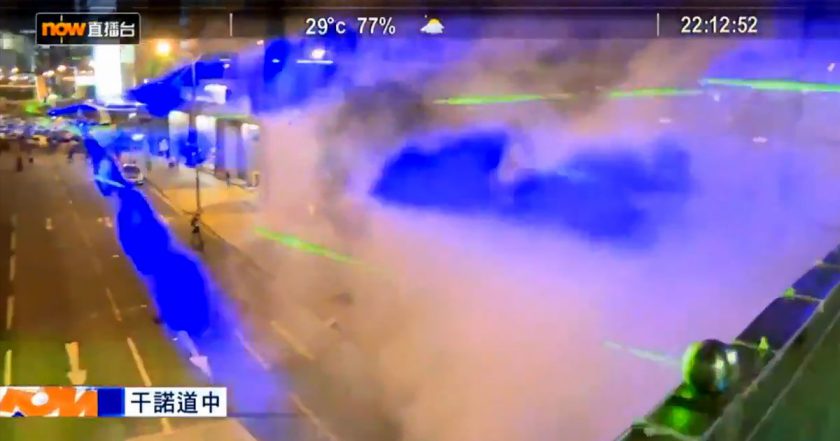 Since early June, an estimated 1 million people have taken to the streets of Hong Kong to protest a bill that would allow extraditions to China.

To avoid identification, many of the Hong Kong protesters cover their faces. But according to a new Washington Post story, some have also been shining high-powered lasers directly at surveillance cameras — a high-tech protest strategy intended to confuse facial recognition systems. 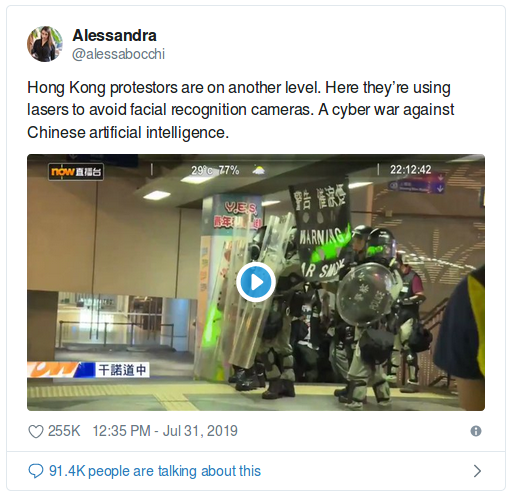 The use of these lasers gives photos of the protests a surreal, science-fiction vibe — but what’s happening in Hong Kong right now is a chilling reality that could have a longterm impact.

While the bill at the center of the protests is currently on hold, if it passed in the future, it would give Hong Kong the ability to transfer suspected criminals to any jurisdiction, regardless of whether a formal extradition agreement is in place.

If Hong Kong can extradite people to China, it would blur the line currently separating the two legal systems.

That could potentially lead to Hong Kong’s citizens being subjected to the same strict surveillance as Chinese mainlanders — and some commentators have argued that the facial recognition systems are a sign that Mainland China’s control over Hong Kong is already increasing.

What is China’s SKYNET (yes: it is what you think it is)