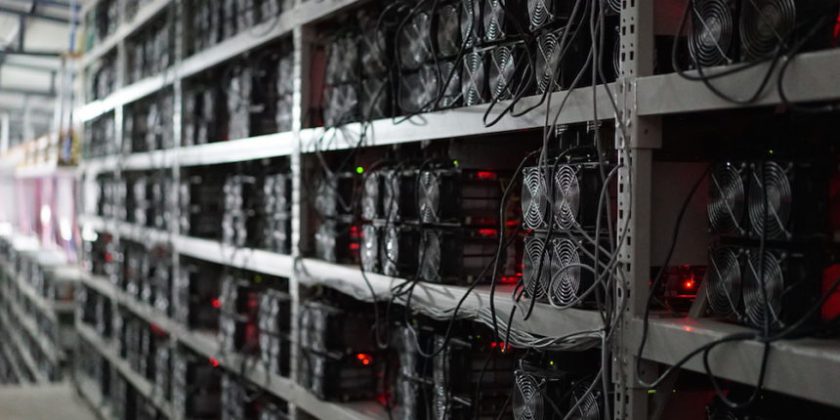 Bitcoin mining has become more competitive than ever.

Bitcoin mining difficulty – the measure of how hard it is to earn mining rewards in the world’s largest cryptocurrency by market cap – has reached a new record high above 7.93 trillion. That’s a seven percent jump from the 7.45 trillion record set during the recent two-week adjustment cycle, which was the highest since October 2018.

Bitcoin is designed to adjust its mining difficulty every 2,016 blocks (approximately 14 days), based on the amount of computing power deployed to the network. This is done to ensure the block production interval at the next period will remain constant at around every 10 minutes. When there are fewer machines racing to solve math problems to earn the next payout of newly created bitcoin, difficulty falls; when there are more computers in the game, it rises.

Right now the machines are humming furiously. Bitcoin miners across the world have been performing calculations at an average 56.77 quintillion hashes per second (EH/s) over the last 14 days to compete for mining rewards on the world’s first blockchain, according to data from mining pool BTC.com.

BTC.com data further indicates the average bitcoin mining hash rate in the last 24-hour and three-day periods were 59.58 EH/s and 59.70 EH/s, respectively, even higher than the average 56.77 EH/s from May 15 to June 27, or any 14-day data in the network’s history.

Similarly, data from blockchain.info also shows the aggregate of bitcoin computing power was around 66 EH/s as of June 22, surpassing last year’s record high of 61.86 EH/s tracked by the site, and has more than doubled since December 2018 when the hash rate dropped to as low as 31 EH/s amid bitcoin’s price fall.

Assuming all such additional computing power has come from more widely used equipment such as the AntMiner S9, which performs calculations at an average rate of 14 tera hashes per second (TH/s), that suggests more than 2 million units of mining equipment may have been switched on over the past several months. (1 EH/s equals to 1 million TH/s) 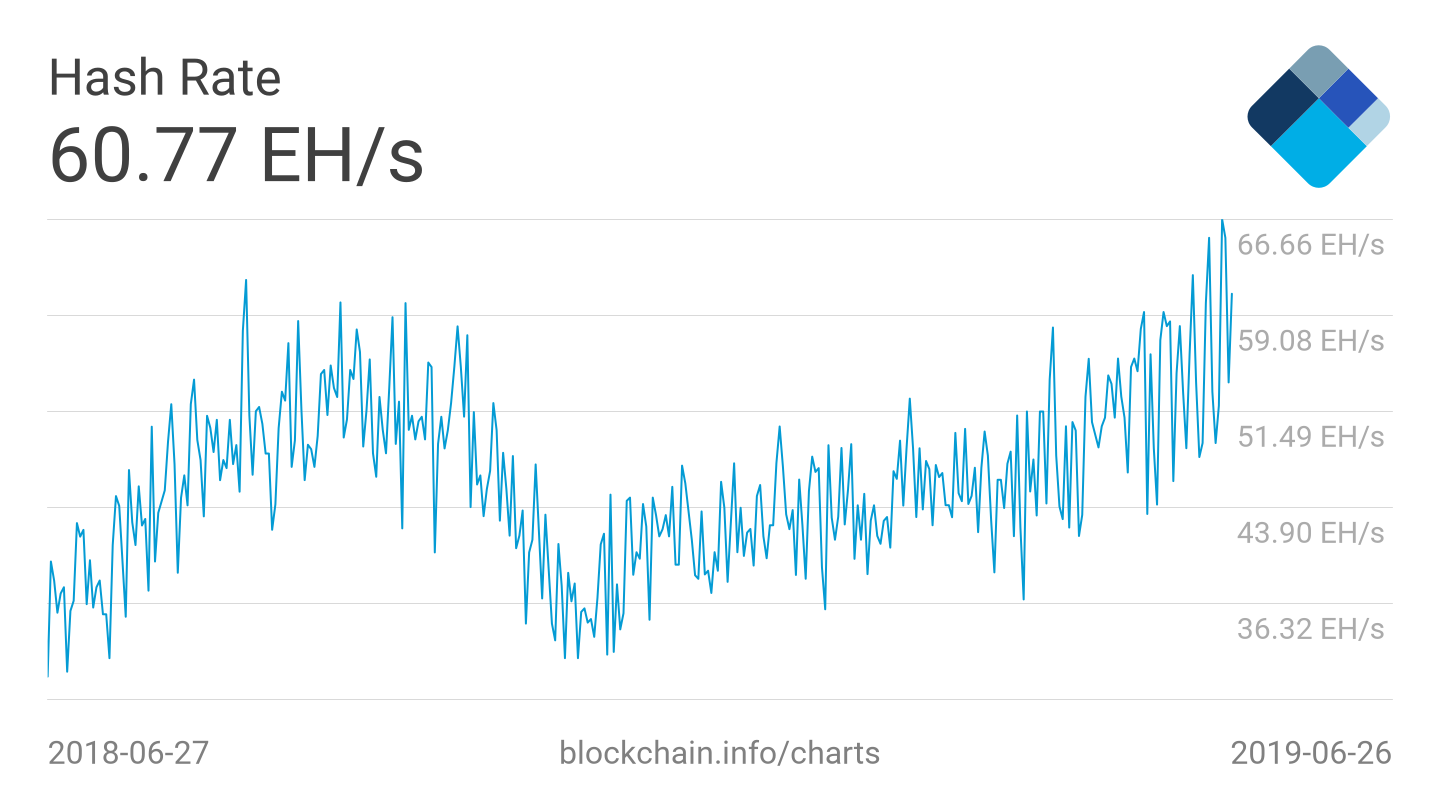 The increase in capacity is also in line with bitcoin’s price jump over the first half of 2019, which caused the price of second-hand mining equipment to double in China, and also juiced demand for new machines.

Such computing interest comes at a time when mining farms in China, especially in the country’s mountainous southwest, have been gradually plugging in equipment as the rainy summer approaches.

According to a report published by blockchain research firm Coinshare, as of earlier this month, 50 percent of the global bitcoin computing power was located in China’s Sichuan province.

However, it’s important to note that this year, the arrival of the rainy season in China’s southwest has been delayed by nearly a month compared to previous years. As a result, some local mining farms were only running less than half of their total capacity in the past month.

Xun Zheng, CEO of mining farm operator Hashage based in Chengdu that owns several facilities across China’s southwestern provinces, said there had been no rain in the area for over 20 days since early May, which was “unusual.”

“In the past years, it usually starts raining continuously throughout May so [hydropower plants] normally will have enough water resources by early June,” he said.

As a result, in early June his firm was only operating at 40 percent of capacity; it can host more than 200,000 ASIC miners. But as the rain has arrived gradually over the past two weeks, the proportion has climbed to over 60 percent.

Mining farms in China previously estimated that the total hash rate this year during the peak of the rainy season around August could break the threshold of 70 EH/s. That means another 300,000 units of mining machines could be further activated, assuming all are AntMiner S9s or similar models.

Those waiting to be switched on will also include new capital in the sector such as Shanghai-based Fundamental Labs, a blockchain fund that has invested $44 million on top-of-the-line mining equipment, which will be activated in June.