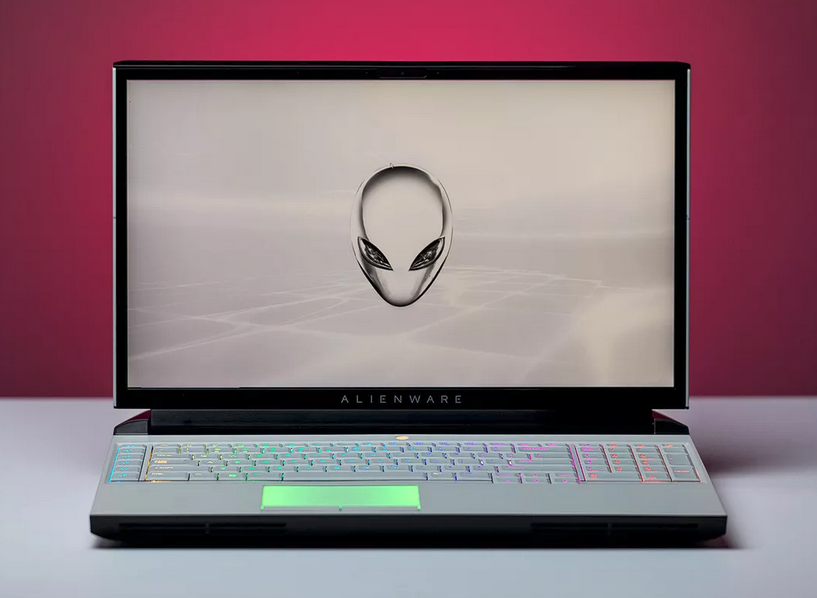 Alienware needed to fix the gaming laptop. Today’s laptops aren’t broken, per se — they’re thinner, lighter, and more powerful than ever before. But as gaming desktops have become increasingly bombastic and over-the-top, most mobile machines are focusing on the “laptop” side of things over the “gaming” part. So what would it look like if you built a gaming laptop in 2019, one that could not only compete with its desktop counterparts but replace them entirely? Well, it’d probably look like Alienware’s new Area-51m, unveiled at CES 2019 as the “world’s most powerful gaming laptop.”

The Area-51m was designed to usher in both a new era for the longtime gaming PC company as well as the PC gaming world at large. “We told our engineers, ‘‘Go build us a monster, and see what you can do.’ And they came back with the Area-51m,” Alienware co-founder Frank Azor tells The Verge.

The Area-51m is simultaneously an answer to two problems: the first, that trend I mentioned about manufacturers leaning toward less powerful, more portable gaming rigs like the Razer Blade or Asus Zephyrus S. It’s not that those laptops are bad — for some, they strike a much needed balance between work and play as computers that can handle the newest games, but also offer the kind of battery life, design, and performance needed in a daily driver for school or work. (We’ve been following the trend since 2013.)

The other is the fundamental problem with nearly all gaming laptops: unlike their desktop counterparts, no matter how advanced your machine, there’s essentially a ticking clock attached that counts down to obsolescence, starting the moment you buy it. Without the ability to upgrade critical parts like the CPU and graphics card, there will come a day when you won’t be able to run the latest games.

The Area-51m looks to solve both of these issues by borrowing heavily from the desktop PC market’s playbook. In fact, it essentially is a desktop PC, right down to support for the same desktop Intel Core processors, only with a battery, screen, and keyboard built in. More importantly, unlike nearly every other gaming laptop out there, the Area-51m is designed to let you swap not only the hard drive, RAM and battery, but the CPU and GPU, too. 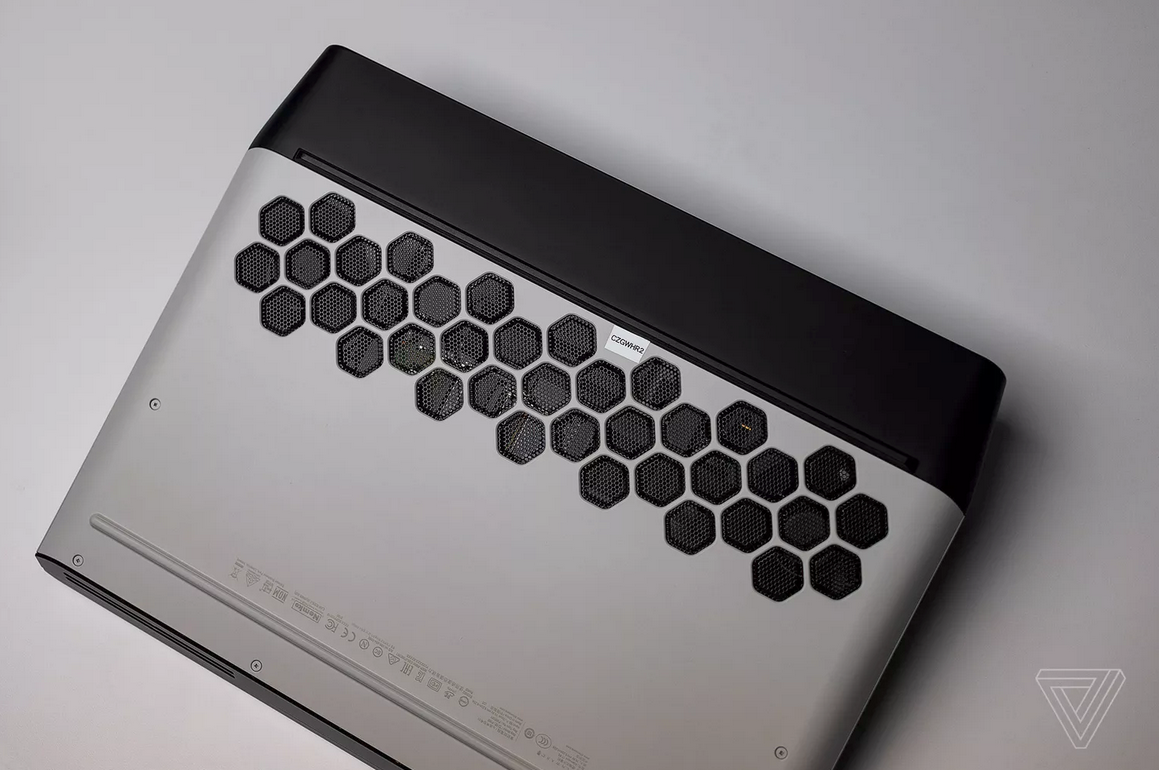 It’s not just lip service: Alienware is serious about letting users take this thing apart just like they would a full-fledged desktop, down to easily removable screws and labeled guides imprinted into the frame of the laptop to help you through disassembly or reassembly (including specs for each screw should you lose track of one along the way). There are pull tabs to help you remove the laptop’s delicate cables by hand, without damaging them, and it shows you the exact order you need to turn the screws for the massive CPU / GPU cooler to properly torque it down.

Let’s be clear — it’s not a job you can do without turning a lot of screws and some thermal paste. But it doesn’t feel any harder than building a desktop computer.

In many ways, Azor views the Area-51m as a way to get back to the company’s roots. Technically, “Area-51m” was the name of the company’s very first laptop, roughly 17 years ago. “We thought to ourselves, if we were Alienware [in] 2001… what would we do now?”

“This is absolutely not a mass-market machine.”

He says the goal wasn’t to build something super light or portable or mainstream or with great battery life (more on that in a sec). Instead, the Area-51m is a testament to the kind of product Alienware could create if there were no price constraints or practical limits, one that harnesses the company’s extensive experience in the PC gaming space to build the absolute best laptop possible for the fans that have brought them this far.

“This is absolutely not a mass-market machine,” says Azor. 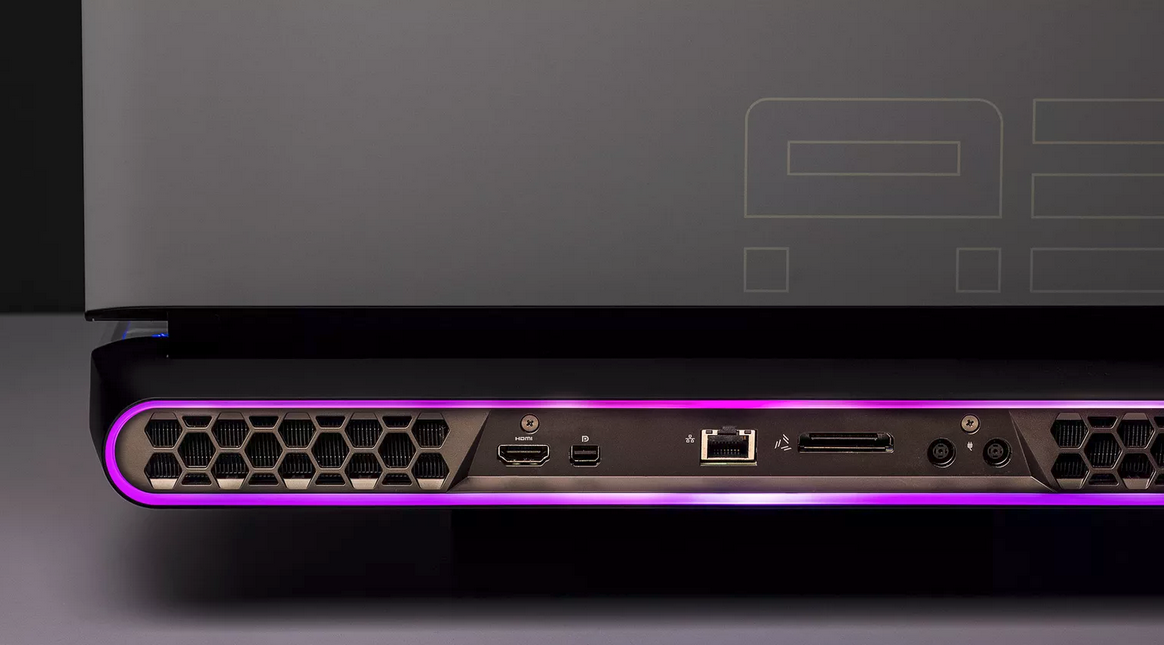 For those hardcore gamers, there’s plenty of firepower. Alienware is offering the Area-51m with Intel’s 9th Gen i7-8700, i7-9700K, or i9-9900K — the fastest gaming CPUs you can buy — along with up to a GeForce RTX 2080, the beefiest GPU for laptops yet. Though Nvidia’s newly announced mobile GeForce RTX graphics chips aren’t quite as potent as the desktop versions, Azor says the Area-51m uses a full-fat version that’s overclockable, too, with framerates within roughly 5 to 10 percent of a desktop graphics card.

And if that’s not enough horsepower a year from now, we come back to the intriguing idea of swapping those parts out. Due to the customizable nature of the Area-51m, you can technically slot in any Intel chip that’s compatible with Intel’s Z390 chipset, and the graphics card is theoretically user-upgradable as well.

There’s a catch, though. Alienware is using its proprietary Dell Graphics Form Factor (DGFF) cards for GPUs in the Area-51m, and since neither Nvidia nor AMD has promised that they’ll make future chips compatible with that format, Alienware can’t promise future upgrades either. The company thinks it’s likely that future GPUs will be small enough and draw little enough power to fit on a DGFF board, but it can’t say for sure.

Azor says he’d like to bring the DGFF format to future Alienware and Dell G series gaming laptops, which would, in turn, create a larger market for the graphics boards, but he may not be able to justify that either: “If customers don’t show demand for it, it’ll be a novelty and then it’ll fade away,” he admits. But the interest could also come from other PC makers — Azor says he’s willing to sit down and talk with Dell’s competitors about the possibility of letting them use DGFF cards, too.

Even that might not be enough if Nvidia and AMD aren’t fully committed, though. There’s long been an “MXM” standard that would theoretically allow you to upgrade graphics in laptops, but support was lackluster and consumers have never really been able to just go out and buy an MXM graphics chip.

Another thing to be aware of is that battery life isn’t expected to be great. The company expects “a few of hours” of regular usage, and “45 minutes, maybe” while actively gaming. The Area-51m has a 90Wh battery, one of the largest you can carry onto an airplane, and still needs two power adapters to run at full speed: a smaller 180W adapter, which is designed to be more portable if you’d like to take your laptop on the go and you don’t need maximum performance; and a choice of either a second 180W charger, a 240W charger, or a 330W charger depending on your choice of graphics card.

Two big power adapters, and you’ll want to carry at least one

You’ll need to use both in tandem to get the full experience because there’s just no way around the math: a desktop-class laptop needs desktop-class power, one way or the other. But the different power adapters won’t necessarily hold back your upgrade potential — Alienware says it’ll ship out whichever power brick you need, and maybe a tech to install it when it sells you a new graphics card.

There are also plenty of options for the 17.3-inch 1080p display on the Area-51m, ranging from a basic 60Hz panel to a 144Hz option with Nvidia G-Sync and an integrated Tobii eye-tracking rig. The plethora of choice applies to storage, too, with two PCIe M.2 SSD slots and a hard drive bay offering plenty of options for configuring your storage setup. The Area-51m also offers four RAM slots, with support for up to 64GB of 2400MHz memory. 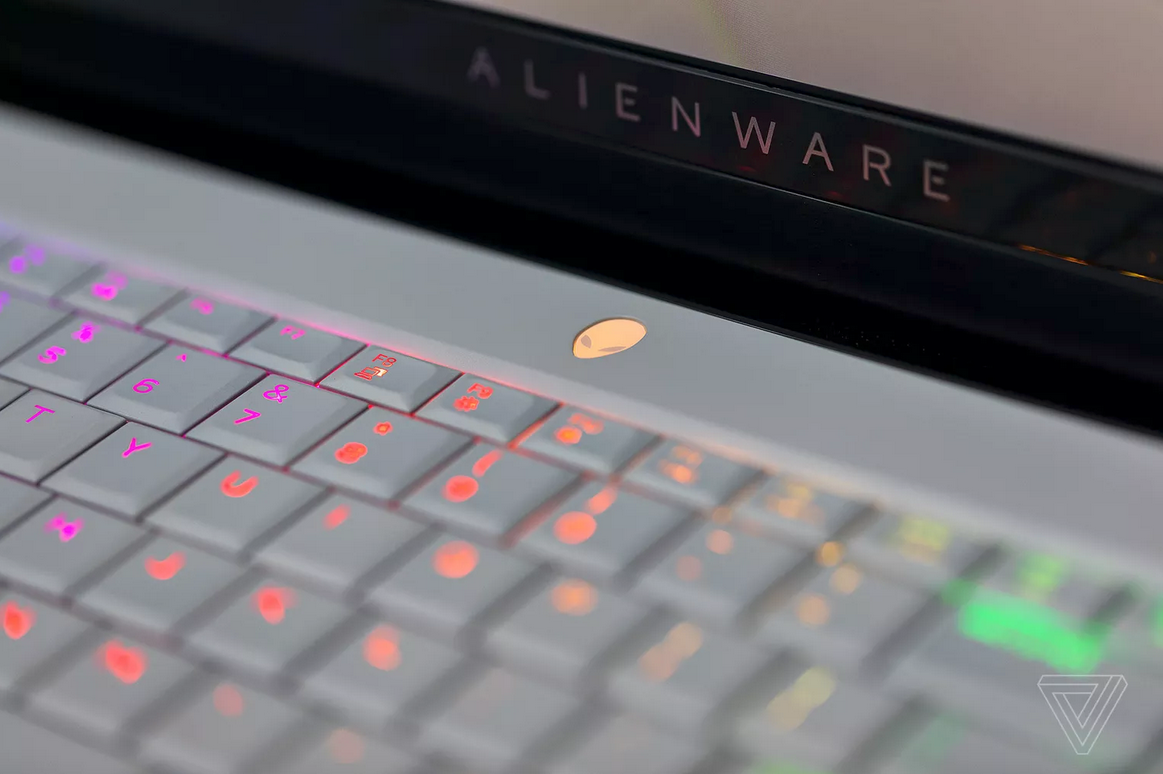 Ports-wise, there are the two aforementioned DC power jacks, a Thunderbolt 3 port, three USB 3.1 ports, HDMI 2.0, Mini DisplayPort, Ethernet, and Alienware’s Graphics Amplifier port — nice in case swapping out the internal GPU doesn’t pan out the way you’d hoped. It’s worth mentioning the Area-51m’s weight, too: clocking in at 8.54 pounds for a fully configured laptop, it’s not exactly light, although the magnesium alloy chassis actually makes it slightly lighter than its predecessor, the Alienware 17.

Along with all the impressive internal changes on offer here, the Area-51m also features a wholly new “Legend” industrial design language, which is meant to lead the way forward for the brand with a cleaner, more focused style that cuts down on the aggressive look of older Alienware products. While Alienware’s Area-51m to lead the way, expect that design to trickle down to future computers.

So even if your next Alienware is something more akin to the thin and lightweight m17 (that the company also just announced at CES), ideally the ethos of the flag that the company is planting here will continue to influence the more mainstream-focused models the market demands, too.

Which gets us to the biggest number attached to the Alienware Area-51m: $2,549, which is just the starting price you’ll pay for the first available configuration on January 29th. That gets you an Intel Core i7-8700 processor, RTX 2070 GPU, 1TB hard drive, 8GB of DDR4 memory, and a 1080p 60Hz screen. It’s by no means the full capability of the Area-51m, but the beauty of what Alienware has built here means that, with the possible exception of the display, all of those components are upgradable down the line should you need more power in the future.

It’s not likely that the Area-51m is going to be a best-seller: the sheer size and price tag mean that there’s probably a limited audience, even in the best scenario. But that’s not really the point. As Azor comments, “This product is mostly centered around doing the right thing for our customers, something that we were just going to be absolutely proud of and have an absolute blast with.”

Based on what we’ve seen of the sheer spectacle of the Area-51m so far, it looks like they’ve more than succeeded in that regard.