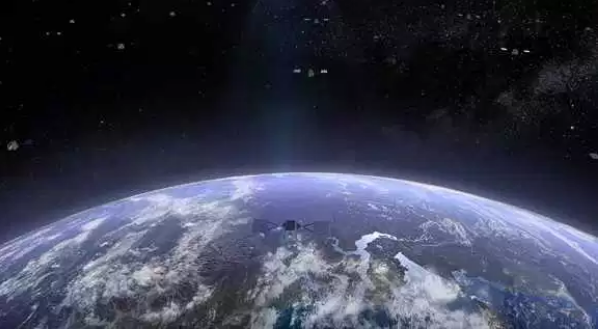 OneWeb, a space startup that recently launched its first “constellation” of micro-satellites to deliver broadband access across the globe, has raised $1.25 billion to begin mass-producing its satellites and capitalize on what it calls “first mover advantage.”

The gargantuan cash injection was led by SoftBank, Qualcomm, Grupo Salinas, and the Rwandan government and takes the company’s total money raised to $3.4 billion, including its previous $1.2 billion investment more than two years ago.

Founded out of London in 2012, OneWeb is one of a number of startups planning to bring affordable, high-speed internet access to more people around the world by deploying hundreds of low-orbit satellites. The infrastructure will not only help mobile operators and internet service providers (ISPs) extend their coverage to hitherto hard-to-reach areas, it will also ensure always-on coverage during natural disasters and help power new technologies that are coming to the fore.

Other players in the field include Luxembourg-based LeoSat and Elon Musk’s well-funded SpaceX, which has been focused on developing rocket technology but is also known to be working on a satellite internet business similar to OneWeb’s. But after launching an inaugural six satellites last month, OneWeb hopes that having its operational network in place first will enable it to gain traction in a time of growing demand for low-latency network capacity, which will support 5G, the internet of things (IoT), and self-driving cars.

“OneWeb has extended its first-mover advantage and is on track to become the world’s largest and first truly global communications network,” said SoftBank Group chief operating officer (COO) Marcelo Claure. “At SoftBank, our aim is to invest in transformative companies at the leading edge of technology disruption. OneWeb’s potential is undeniable as the growth in data from 5G, IoT, autonomous driving, and other new technologies drives demand for capacity above and beyond the limits of the existing infrastructure.”

Launching satellites is an expensive endeavor, which is why OneWeb’s funding rounds have been so substantial. The company develops its satellites through a partnership with Airbus, which is also an investor, and over the next few months OneWeb expects to begin doubling down on its production efforts at a new manufacturing plant in Florida. The company said that in Q4 2019 it plans to kickstart monthly launches of around 30 satellites at a time, which will lead to its first constellation of 650 satellites covering the globe by 2021. It plans to add more satellites to the mix as demand grows.

“We are committed to bridging the digital divide, and this funding helps ensure our globally shared dream will soon become a reality,” added OneWeb founder and chair Greg Wyler. “We look forward to continuing our work with the many supportive and forward-looking governments, ISPs, and telecom operators to help them broaden the reach of connectivity to connect people everywhere.”

OneWeb’s roster of investors reveals that beyond bringing additional capacity to developed markets, a core focus will be bringing internet coverage to places that have yet to come online. Grupo Salinas is a conglomerate of a number of Mexican companies, including ISP Telecosmo.

“I have worked for over 20 years to bring network access to people throughout Mexico and Latin America and have seen first-hand the power of connectivity to change and improve lives,” added Grupo Salinas chair and founder Ricardo Salinas. “OneWeb will have the ability to reach places that have previously been impossible to connect.”

This is part of a growing trend, with the likes of Facebook recently announcing a partnership with Viasat to bring satellite Wi-Fi hotspots to rural communities, starting in Mexico.