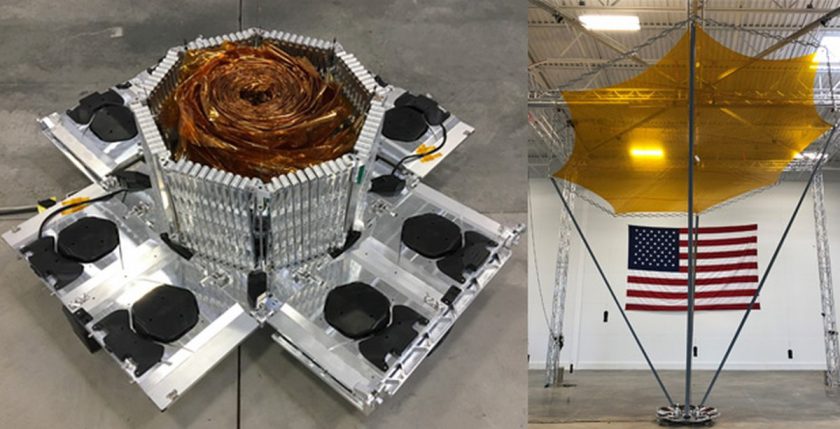 New Zealand-based space company Rocket Lab said it plans to launch a satellite for the Defense Advanced Research Projects Agency (DARPA) next month from the company’s main launch complex at the Mahia peninsula.

Rocket Lab operates out of the world’s first privately owned launch facility in New Zealand and has a second launch site at Wallops Island on the eastern shore of Virginia.

The R3D2 prototype array, packed inside a 330lb (150kg) satellite, includes a tissue-thin Kapton membrane antenna designed to expand to a size of 7.4 feet (2.25 meters) once in orbit. DARPA said the antenna could help provide high data rate communications to disadvantaged users on the ground. The agency said the satellite design, development, and launch took approximately 18 months.

“The Department of Defense has prioritized rapid acquisition of small satellite and launch capabilities. By relying on commercial acquisition practices, DARPA streamlined the R3D2 mission from conception through launch services acquisition,” Fred Kennedy, director of DARPA’s Tactical Technology Office, said in a Jan. 22 release. “This mission could help validate emerging concepts for a resilient sensor and data transport layer in low Earth orbit – a capability that does not exist today, but one which could revolutionize global communications by laying the groundwork for a space-based internet.”

The Electron has a peak thrust of 41,500lbs (192kN) from its nine oxygen/kerosene Rutherford 3D-printed engines that use unique electric propellant pumps. The company’s specialty is placing smaller satellites in a low Earth orbit at relatively low costs.

In December, the company successfully launched 13 cube satellites for NASA.