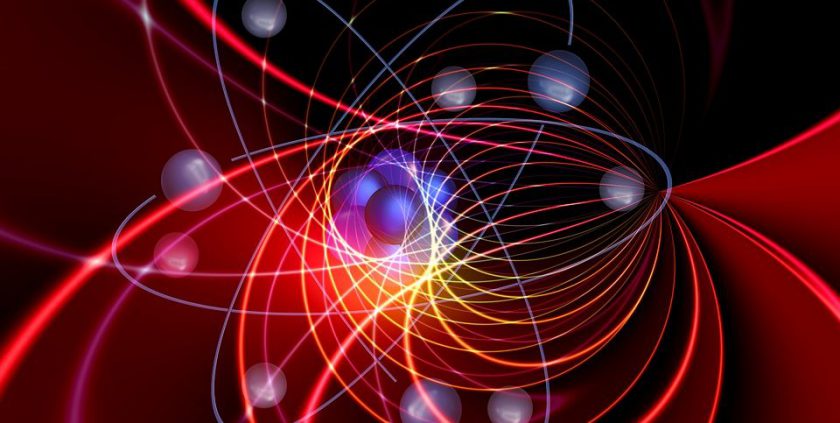 Normal fiber optics can be easily physically tapped and massages can be intercepted. Intruders can bend the cable with a small clamp, then use a specialized piece of hardware to split the beam of light that carries digital ones and zeros through the line. The people communicating have no way of knowing someone is eavesdropping, because they’re still getting their messages without any perceptible delay.

The power of quantum mechanics can be harnessed to protect critical banking data from such potential spies. Banks and governments are testing quantum key distribution technology (QKD) to guard their closest secrets.

QKD solves this problem by taking advantage of the quantum physics notion that light — normally thought of as a wave — can also behave like a particle. At each end of the fiber-optic line, QKD systems use lasers to fire data in weak pulses of light, each just a little bigger than a single photon. If any of the pulses’ paths are interrupted and they don’t arrive at the endpoint at the expected nanosecond, the sender and receiver know their communication has been compromised, according to bloomberg.com.

“Financial firms see this as a differentiator,” says John Prisco, chief executive officer of Quantum Xchange, the company that’s been operating the fiber-optic cable along the Holland Tunnel between Lower Manhattan and New Jersey. He said banks and asset management firms were considering using QKD to guard their most sensitive secrets. The company hopes to stretch its cables from Boston to Washington, D.C., and is also promoting them to U.S. government agencies.

The Chinese government has created a 1,240-mile QKD-protected link between Beijing and Shanghai. It’s also demonstrated the ability to use QKD to transmit and receive messages from a satellite.

Telecommunications giants including the U.K.’s BT Group and Japan’s NTT say they’re considering whether to build the protection into their network infrastructure.

Encryption is worthless if an attacker manages to get the digital keys used to encode and decode messages. Each key is usually extra-encrypted, but documents disclosed by former National Security Agency contractor Edward Snowden in 2013 showed that the U.S. government, which hoovers up most of the world’s internet traffic, can also break those tougher codes.

Quantum computers are another potential threat to conventional encryption. Like QKD systems, these machines use quantum physics principles to process information and may one day achieve processing power far beyond that of conventional computers. These computers will give almost any user the code-breaking powers of today’s NSA.

In 2016 the NSA warned companies that do business with the U.S. government that their next generation of encryption systems would have to be resistant to attacks by quantum computers.