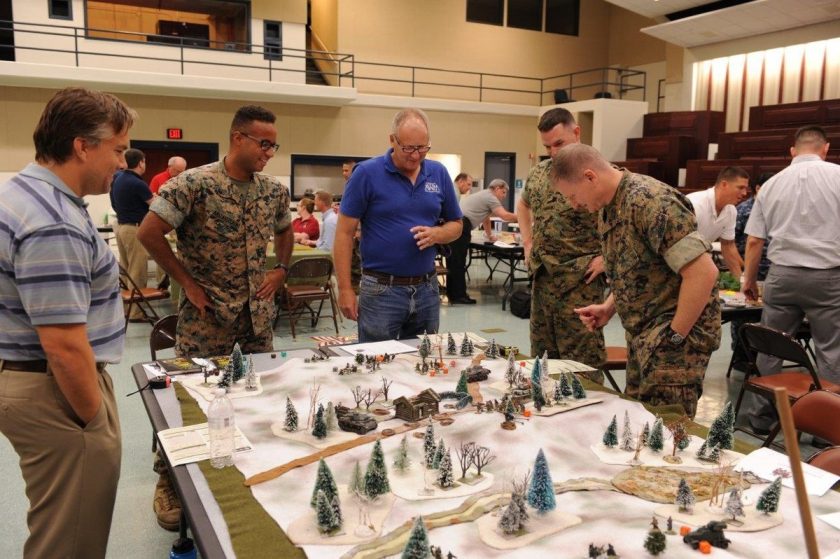 The Marines are looking to big data analysis and potentially an IBM Watson-like machine or software to help conduct complex wargaming and plan for future battles in an immersive environment.

The Corps’ Program Manager for Wargaming Capability, Col. Ross Monta, told Marine Corps Times that a recent program announcement seeks to “bring advanced analytics, visualization, models and simulation together to create an environment that enables senior leaders” to make a host of decisions.

Those range from capabilities for the future force and ways to test operational plans, develop concepts of operations and help provide information to prioritize resources.

The announcement is the service’s second round of information gathering in four technology areas that include modeling and simulation, wargame design, data services and visualization. The Marines are reviewing white papers submitted from industry in January, February, March and July. They’re aiming to have testing begin as early as October.

At the 2017 Modern Day Marine Military Expo, then-Lt. Col. Monta spoke on how the Corps was developing a three- to five-year plan for a wargaming center at Marine Corps Base Quantico that would allow planners to conduct 20 wargames a year, including two large-scale, 250-participant exercises.

The simulation they sought at the time would provide, “accurate representation of future operating environments, simulate friendly and enemy capabilities” and perform “rapid, in-depth analysis of game-derived data or insights.”

The then-head of Marine Corps Systems Command, Brig. Gen. Joseph Shrader, said that wargaming had to get beyond “moving yellow stickies on a map.”

At that time the center was capable of conducting about 11 wargame scenarios a year, Monta said.

They were looking at partnering advanced simulation capabilities, such as the one they’re seeking in the fbo.gov posting, with flesh and blood experts from the Ellis Group think tank to better see high-order, long-term warfighting needs.

The head of training systems command, Col. Walt Yates, told Marine Corps Times that the aim was to have ways of using artificial intelligence to run simulations as many as 1,000 times.

With those numbers, planners can learn probabilities of victory, casualty expectations and the logistics required to accomplish the mission.

Simulation capabilities would allow commanders to run scenarios against future threats to gauge what equipment and tactics are most needed to succeed.

These factors would inform planning for everything from buying the next piece of combat gear to how best to deploy forces, Yates said.

The big data analysis is just one of a list of items the Corps has been working in recent years to push their wargaming from squad to Marine Expeditionary Force-level, leveraging advances in computing, data analytics, virtual reality, augmented reality and gaming.

Beginning this past year, Marines at each of the Corps 24 infantry battalions began fielding Tactical Decision Kits, a combination of laptop, VR goggles and drones that allow small unit leaders to map battle spaces and then run operations plans in VR to rehearse missions.

They want shooting systems that more realistically replicate how bullets and other projectiles move and the types of damage they cause.

It would also allow for immediate after-action review so that trainers and commanders could see where their Marines were aiming, when and how much they fired to strike a target and what damage their opponents caused.