It could keep society humming when satellites fail.

GPS is vital to modern navigation, but it’s extremely fragile. Never mind coverage — if a satellite fails or there’s a jamming attack, it quickly becomes useless. Scientists may have a much more robust answer, though. Scientists have demonstrated a “commercially viable” quantum accelerometer that could provide navigation without GPS or other satellite technology. The device uses lasers to cool atoms to extremely low temperatures, and then measures the quantum wave properties of those atoms as they respond to acceleration.

The result is an extremely sensitive device that’s also considerably more reliable than conventional accelerometers. While existing hardware can help determine to location to some extent by measuring velocity, it quickly falls apart without help from space.

As you might have noticed by looking at the photo above, this quantum ‘compass’ isn’t ready to replace the accelerometer in your phone. It’s only truly ready for ships, trains and other large vehicles where size and power requirements aren’t major factors. It could keep transportation networks humming even if GPS fails outright. The researchers also expect the underlying concepts to help with science studies, such as looking for gravitational waves.

Quantum ‘compass’ could allow navigation without relying on satellites 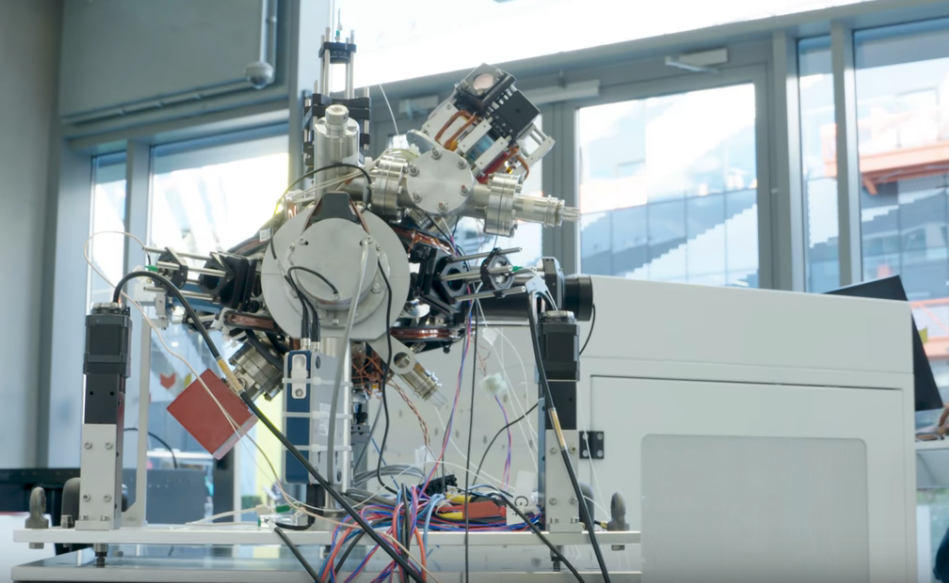 The UK’s first quantum accelerometer for navigation has been demonstrated by a team from Imperial College London and M Squared.

Most navigation today relies on a global navigation satellite system (GNSS), such as GPS, which sends and receives signals from satellites orbiting the Earth. The quantum accelerometer is a self-contained system that does not rely on any external signals.

I think it’s tremendously exciting that this quantum technology is now moving out of the basic science lab and being applied to problems in the wider world. — Professor Ed Hinds Centre for Cold Matter

This is particularly important because satellite signals can become unavailable due to blockages such as tall buildings, or can be jammed, imitated or denied – preventing accurate navigation. One day of denial of the satellite service would cost the UK £1 billion.

The device, built by Imperial College London and M Squared, was funded through the Defence Science and Technology Laboratory’s Future Sensing and Situational Awareness Programme, the Engineering and Physical Sciences Research Council, and Innovate UK. It represents the UK’s first commercially viable quantum accelerometer, which could be used for navigation.

Accelerometers measure how an object’s velocity changes over time. With this, and the starting point of the object, the new position can be calculated.

Using the precision of ultra-cold atoms

Accelerometers have existed for some time, and are present today in technologies like mobile phones and laptops. However, these devices cannot maintain their accuracy over longer periods without an external reference.

The quantum accelerometer relies on the precision and accuracy possible by measuring properties of supercool atoms. At extremely low temperatures, the atoms behave in a ‘quantum’ way, acting like both matter and waves.

Dr Joseph Cotter, from the Centre for Cold Matter at Imperial, said: “When the atoms are ultra-cold we have to use quantum mechanics to describe how they move, and this allows us to make what we call an atom interferometer.”

As the atoms fall, their wave properties are affected by the acceleration of the vehicle. Using an ‘optical ruler’, the accelerometer is able to measure these minute changes very accurately.

To make the atoms cold enough, and to probe their properties as they respond to acceleration, very powerful lasers that can be precisely controlled are needed.

Putting the UK at the heart of the coming quantum age

Dr Joseph Thom, Quantum Technology Scientist at M Squared, said: “As part of our work in commercialising cold atom quantum sensors, we developed a universal laser system for cold atom-based sensors that we have already implemented in our quantum gravimeter. This laser is now also used in the quantum accelerometer we have built in collaboration with Imperial. Combining high power, exceptionally low noise and frequency tunability, the laser system cools the atoms and provides the optical ruler for the acceleration measurements.”

The collaborative efforts to realise the potential of quantum navigation illustrate Britain’s unique strength in bringing together industry and academia. — Dr Graeme Malcolm Founder and CEO of M Squared

The current system is designed for navigation of large vehicles, such as ships and even trains. However, the principle can also be used for fundamental science research, such as in the search for dark energy and gravitational waves, which the Imperial team are also working on.

Professor Ed Hinds, from the Centre for Cold Matter at Imperial, said: “I think it’s tremendously exciting that this quantum technology is now moving out of the basic science lab and being applied to problems in the wider world, all from the fantastic sensitivity and reliability that you can only get from these quantum systems.”

Dr Graeme Malcolm, founder and CEO of M Squared, said: “This commercially viable quantum device, the accelerometer, will put the UK at the heart of the coming quantum age. The collaborative efforts to realise the potential of quantum navigation illustrate Britain’s unique strength in bringing together industry and academia – building on advancements at the frontier of science, out of the laboratory to create real-world applications for the betterment of society.”

The National Quantum Technologies Showcase took place on Friday, 9 November 2018, from 09:00-16:30, at the QEII Centre in London 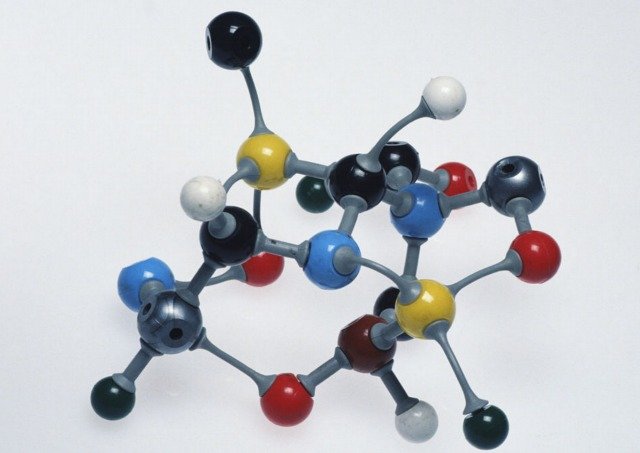 GPS can be useful when you’re trying to navigate to that hot new bar — as long as your travels don’t take you somewhere its signal can’t reach. A new so-called quantum positioning system could pick things up when satellites fail, and help guide your way using super-cooled atoms. Aside from better directions, the solution might even make travel safer. While existing accelerometer-based systems can track location underwater within a kilometer, quantum positioning can do it within a meter, making it 1,000 times more accurate. With submarines, that could be the difference between staying safe and drifting into hostile waters.

The device, known as a quantum accelerometer, is actually based on a discovery made in 1997. Back then, scientists realized that when you trap a cloud of atoms in a vacuum with lasers, it can be cooled to just above absolute zero. Fast forward to 2014, and a group of researchers at the UK Defense Science and Technology Laboratory at Porton Down found the frosty atoms can be easily disturbed by an outside force. When you point another laser in the vacuum, you can track the atoms and determine their location based on the force of their movements. In the case of that submarine we mentioned, the “force” it’s tracking is the sub rocking back and forth under the sea. The group will test a prototype of the device, which is about the size of shoebox, on land in a stripped-down form in September of 2015. If those trials are successful, we could eventually see the technology used in future vehicles, planes and even smartphones. 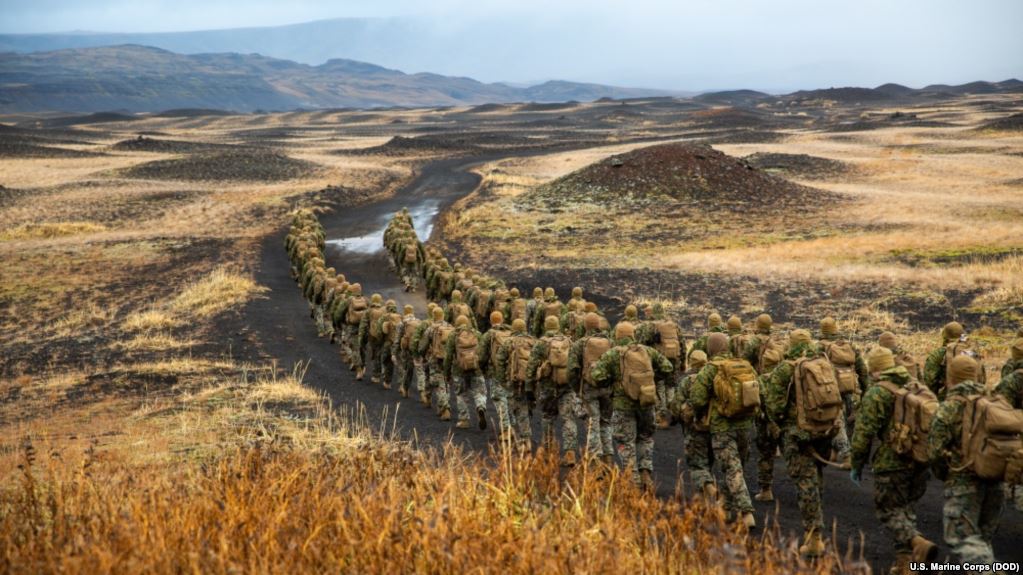 The ministry said that Norway’s Foreign Ministry earlier had raised the issue with Russian authorities.

In an email Tuesday to The Associated Press, the ministry said it “was aware that that jamming has been recorded between Oct. 16 and Nov. 7 from the Russian forces” on the Arctic Kola Peninsula.

NATO’s huge exercise Trident Juncture that included soldiers from 31 countries, was staged in Norway from Oct. 25 to Nov. 7. Finland and Sweden, which are not NATO members, also took part in the drill.

The jamming of the location signals is not believed to have caused any accidents.

Without providing any further evidence, Sipila said Sunday that neighboring Russia may have been to blame.

Finnish President Sauli Niinisto has called for a thorough investigation into the incident.

The Russian Defense Ministry could not be reached Tuesday for comment on Norway’s claim. The Kremlin on Monday denied involvement in the Finnish GPS disturbance.

“We know nothing about Russia’s possible involvement in those GPS failures,” Kremlin spokesman Dmitry Peskov said according to TASS news agency. “There is a trend to blame all mortal sins on Russia.”

Russia is known to have substantial capabilities for electronic warfare. Experts say it has in recent years invested heavily in technology that can affect GPS location signals over a broad area.

The northern Arctic regions of Finland’s Lapland and Norway’s Finnmark are adjacent to Russia’s Kola Peninsula, which is home to Russia’s Northern Fleet with major naval and submarine bases and other Russian military installations.

Maritime GPS disruptions have been reported elsewhere, but seem to be particularly common in this part of the world. Electronic navigation signals from the Saudi Arabian Loran-C system and the Russian Chayka/Loran-C system are available for use across most of this region.

As noted below, the author of the article is the President of the RNT Foundation.

The U.S. Maritime Administration recently issued an expanded advisory for GPS disruptions in the Middle East. The new advisory renews and repeats warnings for the eastern Mediterranean and adds the Port of Jeddah in Saudi Arabia.

Reports have also been filed with the US Coast Guard Navigation Center about disruptions in Israel’s Port of Haifa and the Straits of Hormuz.

Analysis by the Resilient Navigation and Timing Foundation and the non-profit firm C4ADS has also shown on-going disruptions in Russian waters of the Black Sea. Also, GPS jamming by Russia is suspected during a recent NATO exercise.

The armed conflict in Syria has been blamed for much of the disruptions off of its shores.

GPS jamming in support of illegal fishing is suspected by some as the cause of problems off of Port Said, and disputes over mineral rights has been suggested for the disruptions seen near Cyprus.

Disruptions in the Black Sea are suspected to be security measures associated with the travel of Russian government officials.

Issue: Multiple instances of significant GPS interference continue to be reported by vessels and aircraft operating in the Eastern Mediterranean Sea. These reports have been concentrated near Port Said, Egypt, the Suez Canal, and in the vicinity of the Republic of Cyprus. Additional instances of similar interference were reported in October 2018 near Jeddah Port, Saudi Arabia. This interference is resulting in lost or otherwise altered GPS signals affecting bridge navigation, GPS-based timing and communications equipment.

Guidance: Exercise caution when transiting these areas. The U.S. Coast Guard Navigation Center (NAVCEN) and NATO Shipping Center websites contain information regarding effective navigation practices for vessels experiencing GPS interference. The information reaffirms safe navigation practices when experiencing possible GPS disruption, provides useful details on reporting possible GPS disruption, and is intended to generate further discussions within the maritime community about other disruption mitigation practices and procedures. This guidance also recommends taking note of critical information such as the location (latitude/longitude), date/time, and duration of the outage/disruption, and providing photographs or screen shots of equipment failures during a disruption to facilitate analysis. The NAVCEN information is available at https://go.usa.gov/xQBaU.

Contact Information: GPS disruptions or anomalies should be immediately reported to the NAVCEN at https://go.usa.gov/xQBaw or via phone at 703-313-5900, 24 hours a day. The NATO Shipping Center has requested that instances of GPS interference also be reported to them using the format on their Cyber Interference link.