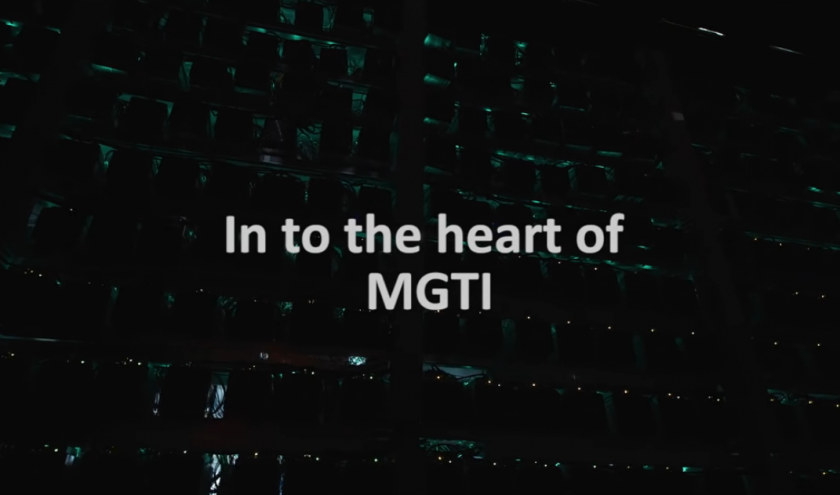 I have rarely laughed that hard!

7,000 Bitmain Antminers makes it “one of the largest” Bitcoin Mining facilities?
That makes it at best 98 PetaHash/sec total — in a global network averaging 50 ExaHash/sec = less than 1/500th of the global network capacity.

Operating at a cost of over $5,000 per mined Bitcoin also makes these AntMiners older versions (14nm-based). Even Bitmain now sells 7nm Antminers (as of this week, the last major player to offer the technology) – which will make the global hashrate expand further, and cause mining facilities operating on older equipment to shut down, or replace their miners at high cost (which you need to earn back first). The hashrate has already peaked at over 60 EH/s.

So would you only invest in “MGTI” for the “exposure” to Bitcoin and Blockchain, when they are barely operating at break-even point now, and likely well above it in the near future? Or to mine other coins in the future (which trade at a lot less than Bitcoins $6,300 today), while operating at the same cost? Nothing the (unshaven) CEO explains in this video makes any sense. But then, Mr McAfee, who is behind this operation, is known for all kinds of entertaining actions …

The sad part is, so many people unfamiliar with the details of Blockchain and Bitcoin mining will be fooled by some blinking lights in a facility, which does not even qualify to be called “data center” (it is a warehouse, as you can see), and some will probably even invest in such an operation. This is what gives Bitcoin often such a bad name, and a “scam” appearance.

Hashrate Distribution on 10 NOV 2018:
MGTI does not even show up on here. 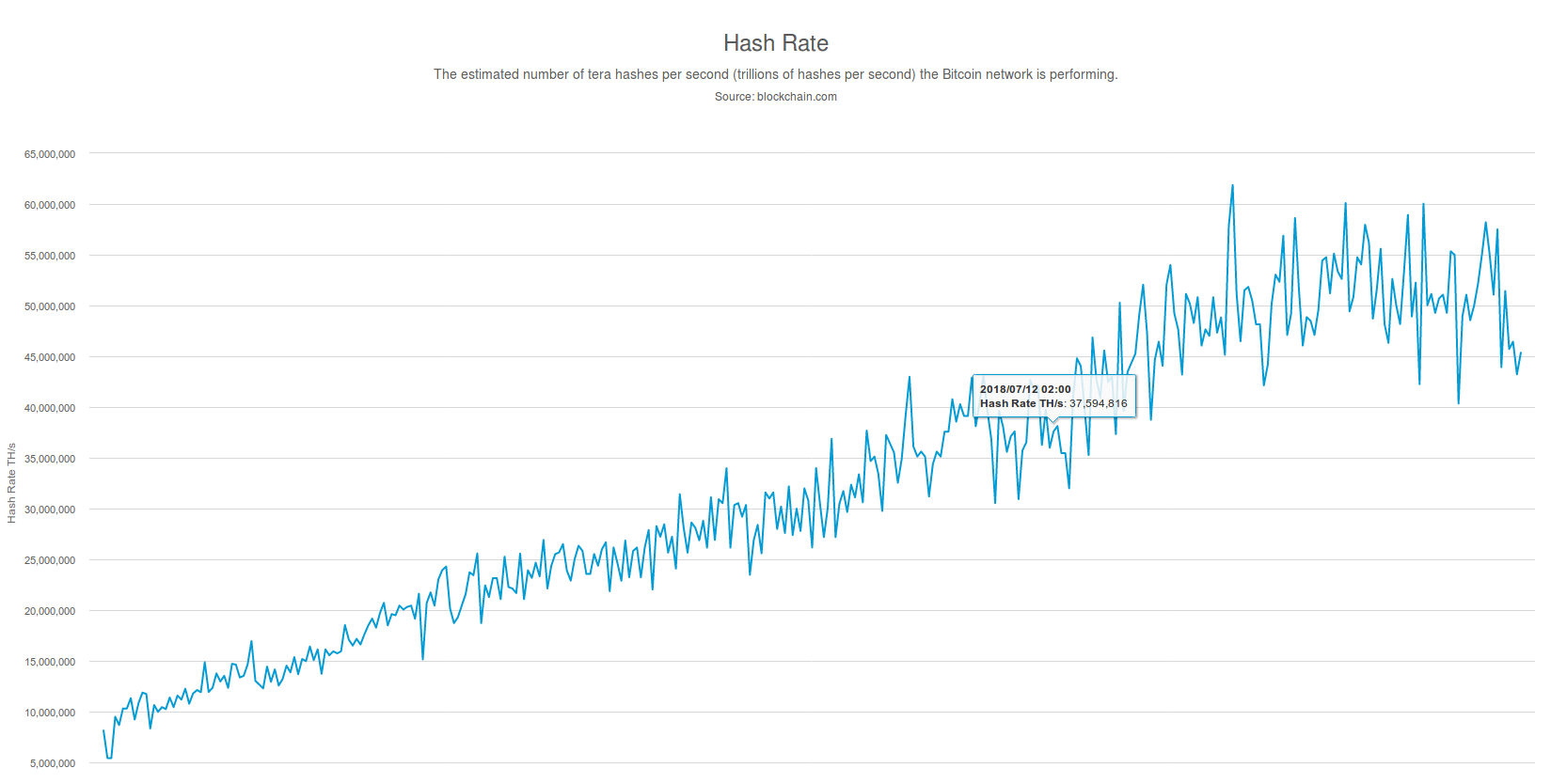 This is why I titled the post “Bull-Shit Bingo”
… forgive the language, but sometimes it is necessary.

Had MGT not sent out a promo-eMail about this presentation,
I might have not even seen this hilarious – albeit bad – video at all. 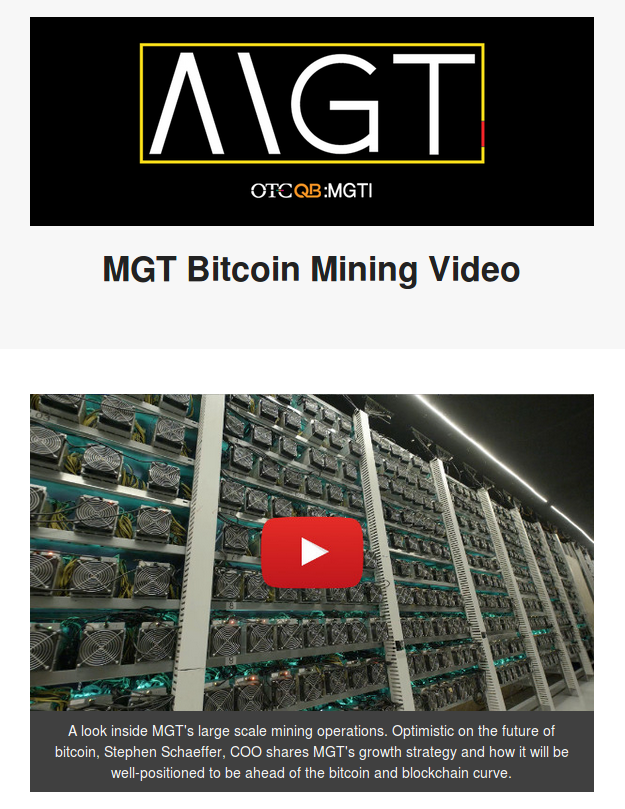 In fairness, they are not the only one, who are big on hype, and small on facts. This is the 85 MegaWatt “facility” of DMG Mining in Canada – who is really shy on saying how many tera- or petahash they actually power with the energy – but also offer “mining as a service”:

85 MW Announcement:
http://globenewswire.com/news-release/2018/11/08/1647986/0/en/DMG-Blockchain-s-85-Megawatt-Crypto-Mining-Facility-Now-Operational.html
Quote:
“DMG’s 27,000 square foot crypto mining-as-a-service (MaaS) operation sits on 34 acres in British Columbia, Canada
and is one of the largest such operations in North America. “

or take “Hut8”, which mines with Russian Bitfury (14nm) chips: 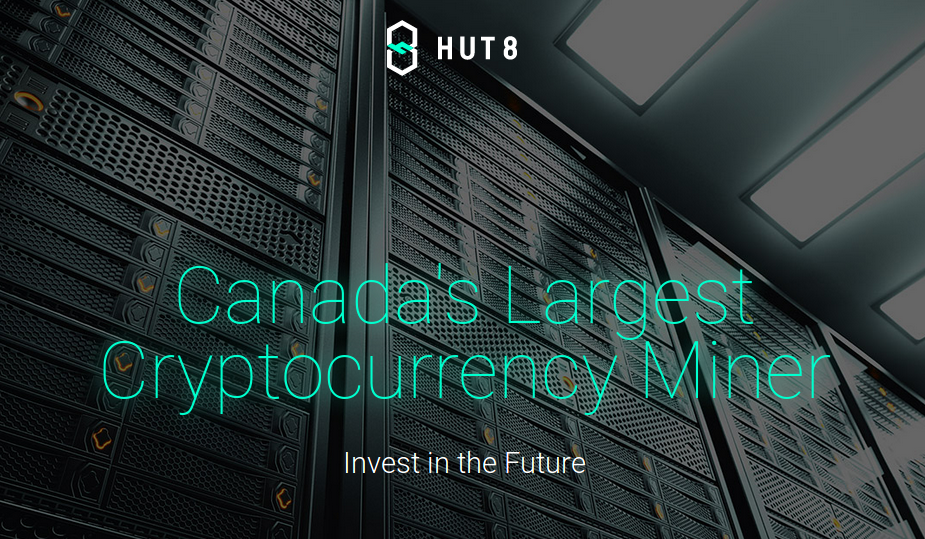 Certainly with high aspirations – quote from their website:
The name “Hut 8” refers to the building at Bletchley Park where Alan Turing created his world-changing Enigma decoding machine.

How many PetaHash/sec they power in their two facilites is also not disclosed – or at which cost they mine.

(hopefully you know better by now) 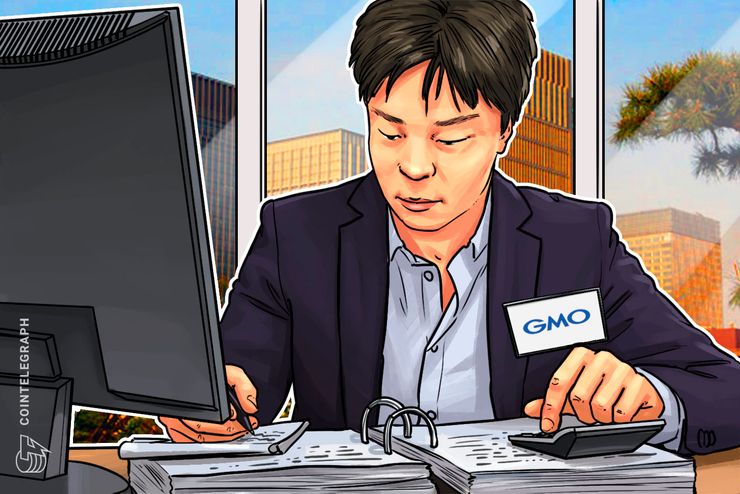 Japanese IT giant GMO Internet has published its third quarter report Monday, Nov. 12, revealing a “historical performance” of its crypto-related sectors despite “the harsh external environment.”

GMO claims its crypto businesses, including mining equipment production and its crypto exchange, have gained 2.6 billion yen ($22.8 million) in revenue over the third quarter “in just a year since the launch.”

GMO Coin, an exchange platform launched by the company, has reportedly seen up to 208,000 users trading about 89 billion yen ($781 million) in October. GMO also reports that the profits are up 34.4 percent quarter on quarter (QoQ).

In the meantime, the revenues for GMO’s mining segment are also up QoQ, but profit has been down in the second and third quarters. The company yet again links the decrease to the “worsening external environment” and “increasing depreciation cost.”  According to the statistics provided by GMO, in October their mining hashrate equaled 674 petahash per second (PH/s), but the company is planning to reach 800 PH/S within the year.

As for new mining rigs, the delivery of the GMO Miner B3 announced back in July and scheduled for October has been postponed due to the delay of some electronic components.

The company has also changed a ticker for its yen-backed currency, GMO Japanese Yen, from GJY to GYEN. The company announced the creation of the cryptographic stablecoin tied to Japanese fiat in early October, which targets international transactions and is set to launch in 2019.