An experimental market on a major crypto exchange suggests that bitcoin cash users may favor the more established version of the software, Bitcoin ABC, ahead of an expected fork this month.

Due to the technical design of the cryptocurrency, currently the fourth-largest by market capitalization, bitcoin cash users must “hard fork” the blockchain, or adopt a new software version with changes as decided by open-source developers, every six months.

Things are different this time around, though, amid the emergence of a rival version of the software called Bitcoin SV. As a result, anticipation has been growing that bitcoin cash (BCH) may undergo a divisive hard fork in which it splits into two competing cryptocurrencies.

That said, data from cryptocurrency exchange Poloniex, operated by Goldman Sachs-backed blockchain startup Circle, indicates Bitcoin ABC may be the preferred version. After launching markets meant to represent both versions of the software (including the as-yet-to-launch Bitcoin SV), Bitcoin ABC has a clear lead, trading at a price over four times higher.

Poloniex introduced “pre-fork” trading, at around 01:00 UTC today in an effort to retain a neutral stance during the upcoming Bitcoin Cash upgrade. The idea that theoretical markets can help users determine consensus around technical roadmaps has been raised before, and this is the latest version of an exchange seeking to play a role in supporting community decision-making.

By offering the pairs, the exchange is essentially allowing its customers to see which chain might be more widely supported, should both softwares be introduced.

What the charts show

Still, evidence indicates the debate may not be as divisive as feared.

As can be seen in the chart below, BCHABC is trading at a price of $465 (priced in USDC, the exchange’s dollar-pegged stablecoin), which is 4.2 times higher the BCHSV’s current price of $109 USDC at time of writing. For comparison, the price of BCH is currently $596 USDC on Poloniex. 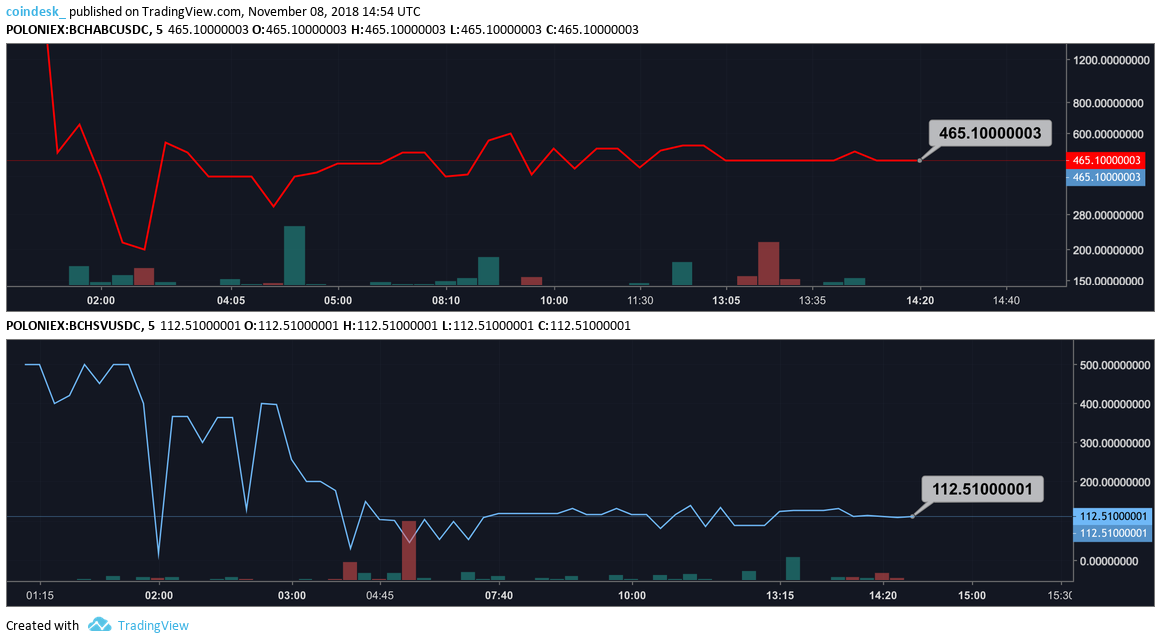 Pre-fork trading has been live for roughly 12-hours and is only available to those willing to convert their BCH to either of the forks, so trading volumes are still small. That said, BCHABC is again leading the charge with twice twice trading volume of BCHSV.

While the experimental markets are relatively illiquid, the price discovery can be expected to be particularly erratic until sufficient liquidity has established.

BCHABC and BCHSV deposits and withdraws will only be enabled once the actual Bitcoin Cash fork takes place on Nov. 15, even then there is no guarantee the forks will become “economically or technically viable,” Poloniex says.

Other Bitcoin Forks apart from BCH: 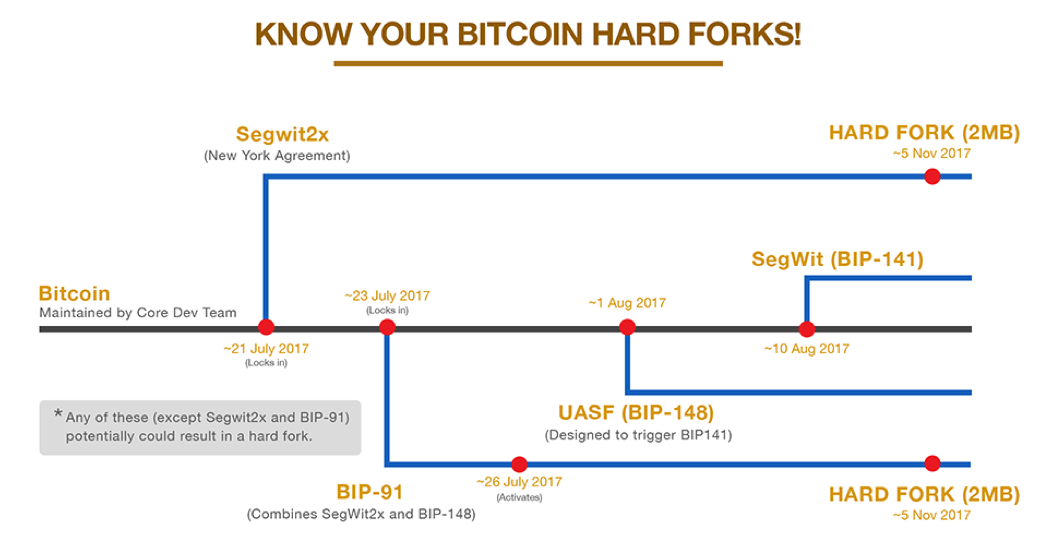 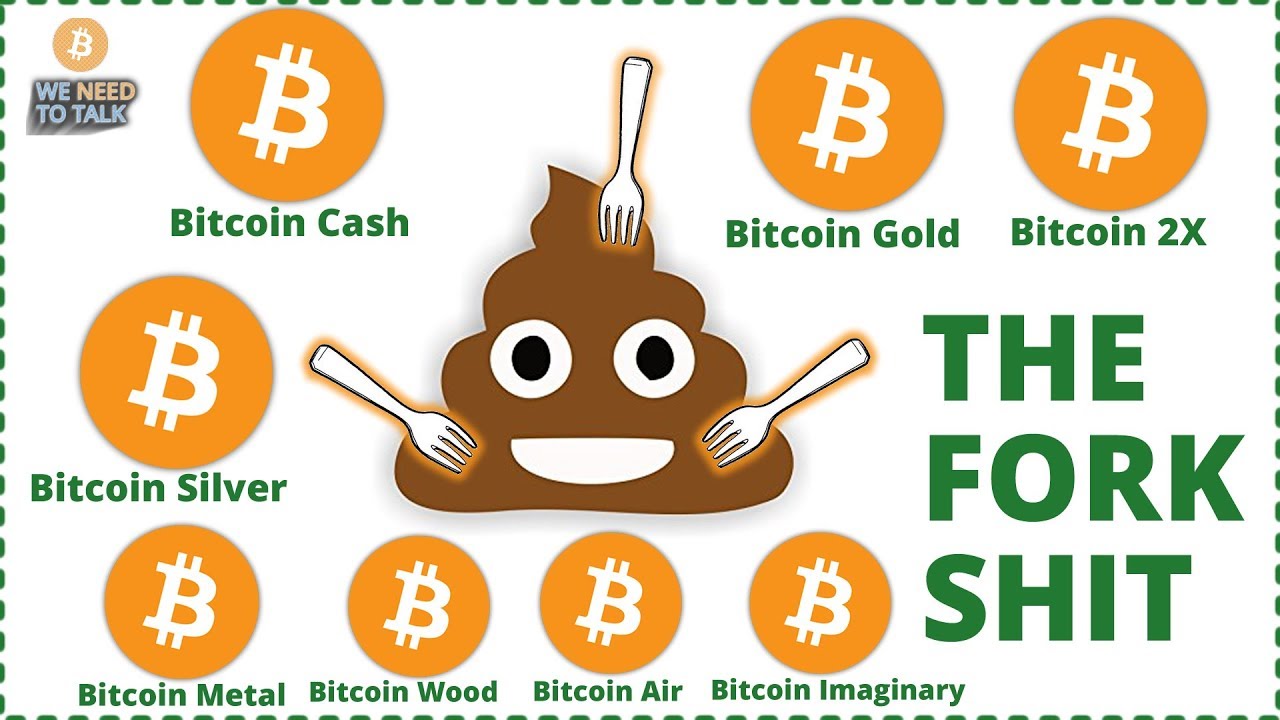